Mirage of Police Reform – By Robert Worden and Sarah McLean 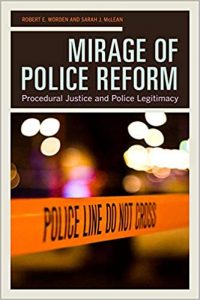 If you were walking by your favorite independent bookstore and saw the title Mirage of Police Reform: Procedural Justice and Police Legitimacy, by Robert E. Worden and Sarah J. McLean, you might think what awaited you between the covers would be a look at the many cycles of proposed police reform of the past few decades. It would explain why Johnson’s Commission on Law Enforcement and Administration of Justice, Clinton’s push for community policing in the 1994 Violent Crime Control and Law Enforcement Act, and Obama’s Task Force on 21st Century Policing (to name a few just at the federal level) have failed to take hold and why procedural justice would be the key to their implementation. Think again.

From a procedural justice perspective, when law enforcement officers conduct their work in a manner that demonstrates fairness in the process, transparency in their actions, opportunities for citizens to have their voice heard in a given situation, and the appearance of impartiality in the decision making, then the resulting actions of the police are much more likely to be viewed in a favorable manner and the legitimacy of the police generally will be strengthened.

Using academic literature and their own research, the authors make arguments as to why these four pillars, as they are commonly known, are demonstrably sound. But they reveal the limitations of this approach when they make such assertions as:

“Black citizens, compared with whites, are treated better on both dimensions of police behavior: other things being equal, blacks are accorded greater procedural justice and less procedural injustice. These estimated effects are in the unexpected direction, and they defy our attempts to account for them.”

Of course the question really is why do those who are poor and/or non-white have such a greater chance of experiencing “procedural justice” in the first place? Arguably, all of the shared experience with police they have had since the LBJ days (and at least the century prior) makes for an incredibly low standard of approval with police action—which is to say coming away from a contact unscathed is notable.

There are two points from the book I do think are worth a deeper discussion at the policy level, especially at the Washington State Legislature.

First, it is undoubtedly true that police officers have increasingly been tasked with responding to situations they will be the first to admit they are not the best suited for: in a school setting, or a mental health crises, or addressing addiction and homelessness. This type of police work “is comprised of a variety of functions, all or many of which are performed in a task environment that is heterogeneous, ambiguous, uncertain, and dangerous.” There must be funding prioritized to address these other issues in a meaningful way outside of law enforcement.

Second, when compared to other professions, “police still enjoy more of the public’s trust and confidence than all but two of the social institutions about which Gallup inquires.” There remains a need, however limited, for police action and services. But we cannot continue to impanel commissions and issue reports and never actually take action on the real substantive (not procedural) problem issues with the criminal justice system.

It seems to me you would be more likely to conclude the mirage is in fact the title and the purpose of this book itself. This is not an activist screed in any sense of the word, but rather a review of some previous academic work and a dive into research done by the authors with two police departments on the East Coast. The target audience would appear to be scholars in the criminal justice field and perhaps some police management. Although a paperback version is easily obtainable, I would recommend the free e-book version available through Luminos if you feel compelled to take a look for yourself.

Tim Coley is a lieutenant with the Washington State Patrol, where he has worked since 2000. His true passion is reading and writing —when not walking with his dog Adele and husband Jason. He has a blog at TimothyColey.wordpress.com. 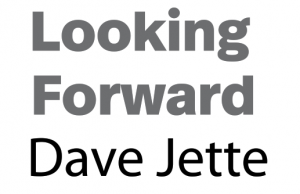