The artesian well between Jefferson and Adams off 5th street has great meaning for locals. Flowing indirectly from the Salish Sea, it’s the primary water source for thousands of people who share the ritual of filling (or waiting to fill) their water jugs every week. The water that flows freely day and night has a pH profile perfect for human consumption. The downtown well is the last public outlet of over 100 that once operated in Olympia.

In our November issue, WIP asked readers to submit their ideas on how the City might rehabilitate the Commons back to its rightful status as a safe public area for all to enjoy. The results appear here. City of Olympia, behold the genius of your citizens! 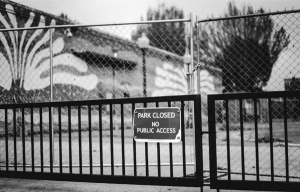 The well is on Squaxin land

I am interested in how members of the Squaxin tribe might envision the space. Since the well is on Squaxin land, I suggest the City return the land to the Squaxin people as the first tenders and stewards of the land and waters here. Tribal members should have the opportunity to play a leading role in determining how the land and waters are honored and shared.

I believe the Well should be transformed into a community garden made up of raised garden beds. It would be accessible to disabled persons and handy for those that require food in the downtown area.

Raven
Employee at The Pet Works

I have lived in Olympia all my life.

I think this space should keep being used to get our fresh water. The space should also be rented out as a flea market on the weekends to people who are selling Olympia-made products. This will make people want to go shopping in downtown and support local businesses and restaurants. 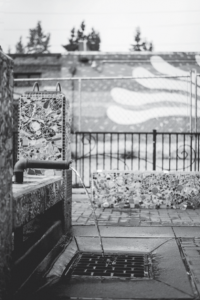 Since most of downtown people are mentally ill, houseless, on drugs or drinking, how about making it into a mental health triage area with a place to have tea and coffee and snacks? Also where people who want to work could find casual labor and/or small business loans? A resource space for those who need it. The city was kind before and had games and movies etc. but people got out of hand. No drugs allowed! Make it a safe place.

Thanks for letting me let you know what I think.

Urban Oasis at the Artesian Well

Objective: Create an inviting, walk-through, low maintenance, natural area that utilizes excess water to support a marsh, and to irrigate a garden of native plants.

Numerical key to design at right: 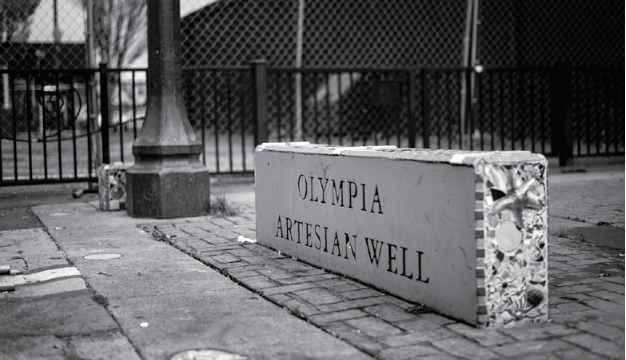 A tree should be planted at the park. One or more trees depending on how big they will grow to be in 50 years or so.

As a citizen of Thurston County who uses the well for water weekly, I have no real issue being able to get water without hassle from street folks.

As a homeless advocate, since the well water is still available to all, I have no issue with the park being closed until proper safety concerns are met.

The Artesian Well is a city park. It should fall under the same rules and regulations as all other city parks. For instance, the open smoking of marijuana is not legal in any city or state park. Yet, when the park was open the smell of marijuana was very evident. No alcohol should be allowed. It goes with saying (that’s no typo—all illegal drugs should be a zero tolerance policy with the same triple penalties that are employed by the transit station). City parks also have set hours. I see no issue with the same set of hours at the Artesian Well.

Because of the high homeless contingent in downtown Olympia. I agree with the ADA port-a-potty that was fenced-in being left open. That just serves all of the public. I do think a timer (with corresponding penalties for staying in. For example, very secure bright flashing flood lights – and a possible shrill horn, that would go out once the door is opened to reset the 5 -10 minute timer) should be installed to limit time spent in the port-a-potty.

The park should stay fenced with gates fore and aft that are wide enough for services trucks to come in. Tables and cover should be non-destructible, thus allowing use in inclement weather.

Police presence for this park should be obvious.

The troublesome suspects should be identified as housed or homeless and banned from the park.

Community action (the folks using the park legitimately) should be promoted for the smooth operations of the park.

It is almost beyond my mental grasp that this property sits as it is and as it has. This property, however, is clearly not the only real estate conundrum that the City has to deal with, but it does arguably affect the most people. If I could be of some help I’d probably jump at the opportunity.

“It’s the water” that will save our artesian well commons

Cities have for centuries sought to design public spaces that will bring folks together in a naturally convivial setting. For many of the great cities of Europe, especially in Italy, it has been the classic piazza that was the repeated template for sound city planning: an open public square surrounded by buildings, and usually the center of public life   The most common centerpiece of the piazza is a fountain, the architectural evolution of the village well, where locals gathered daily to fill urns with a fresh supply of water from a natural spring and share greetings, gossip and the like. Sort of a city’s ‘water cooler’ where gatherings come naturally.

Now comes the easy part for Olympia: It’s the water! Olympia’s downtown was once festooned with nearly one hundred artesian wells bubbling up in a perpetual splash. Along with damning the Deschutes river to create Capital Lake came further development and over the years nearly every one of these natural spring wells has been abandoned, capped or paved over.

A few years ago, the city of Olympia tried to honor one of the last remaining publicly available wellsprings downtown with the Artesian Well Commons. The new park was a good idea but wasn’t fully executed. We can do better in terms of establishing a true architectural gem that would attract more than just those who fill a jug from a simple spigot and leave.

Why don’t we do what other cities have been doing for centuries and build a full-scale urban fountain where folks can land at a spot that is conducive to sitting and chatting with their fellow citizens? Let’s have fun with its design while we’re at it. Someone from Evergreen perhaps could design a playful homage to our local marine icons and, instead of a sculpture of Neptune rising from the sea, the fountain could feature a great geoduck in a chariot pulled by salmon. I’m just imagining out loud of course but you get the idea: keep the park’s theme fun and a little weird to match the unique local vibe.

What else could serve as a watery attraction to this urban oasis? Our community has lacked a community pool ever since the lake was closed due to pollution. Since then, families have made do by cavorting in the ‘squirty fountain’ at Heritage Park north of the lake. This has been problematic as it was meant merely as a public art installation and as such poses a burden on the city to maintain a sanitary water park for human recreation where none had been originally planned.

If we made the theme of the Commons the celebration of our city’s special connection to water, what better place to locate a micro water park for the kids? It could be a modern version of the local ‘swimming hole’ where youth will naturally flock for free wholesome fun. A water park adjoining the fountain could sport a fanciful theme, featuring all manner of splashy, squirty marine life, custom-designed to reflect the way our city sits at the edge of our Salish Sea surrounded by mountains. A mural could ring the park whose surface would be made of soft covering safe and easy to keep clean.

Speaking of safety, the park was closed in 2018 due to reported threats made to city staff. The more thoughtful the amenities a public space provides the more naturally it will attract a positive mix of citizens and the less it will attract a more unsavory element. Families can picnic on knolls made of artificial grass shaded under faux Doug Firs. Whimsical, funky, easy to maintain and enjoy, and uniquely Olympian.

I realize the above might not address all the questions such an envisioned park may raise: where’s the parking, what do you do during the inclement months, and who pays for all this? All valid concerns, but I believe my plan is a solid start to recapturing our lone park in the historic downtown from its shuttered and sad state.