There were many trails of tears all over North America of indigenous peoples forcibly removed by government forces. The indigenous peoples who are making their way up from the southern hemisphere are a continuation of the Trail of Tears.

Children, families and caravans of brown-skinned people arriving at our southern border have been labeled “swarms,” “hordes,” “masses” and “threats to our national security”— epithets that degrade those fleeing poverty, violence and now climate crisis in their countries. For none of which are they responsible.

Why are they here? 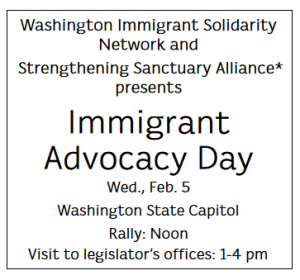 In part, because our government has had a master hand in overthrowing their democratic governments and replacing them with right-wing, brutal dictatorships, which dispossessed the poor of human rights and land for much of the 20th and 21st centuries.

Why are they here now?

Increasingly, because they are driven from their land and livelihood by climate crises they have virtually no role in causing. Migration from Central American countries, specifically Guatemala, El Salvador and Honduras, to the US-Mexican border grew rapidly during the years 2007 to 2017, with even higher numbers expected in 2019. All three governments declared a national emergency for lack of food in 2017. In the same year, a World Food Program study found that nearly half of those who left their Central American countries left due to lack of food because their subsistence and small farms had failed from prolonged drought. Little if any government assistance has been forthcoming.

US corporations have staked out Central America for fruit and coffee growing, metal mining and logging, and water for beverage processing

These three countries—referred to as the Northern Triangle countries— are some of the most vulnerable in the world to climate change. They are located in what is designated the Central American Dry Corridor where “hotspot” temperature increases, drought exacerbated by El Nino, and deforestation and sea level rise are driving poor people from their homes, small businesses, subsistence farms and land.

For the rural poor and indigenous, losing their crops to drought two years consecutively causes immediate food insecurity and hunger, forcing them to migrate to cities, where rates of murder and rape are among the highest in the world— another factor driving them north.

Let us look with the briefest of snapshots at the plight of the poor in these three countries to understand why they seek refugee status here. 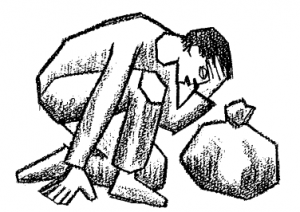 A source of land and resources for US corporations

Throughout the 20th century, US corporations have staked out Central America for fruit and coffee growing, metal mining and logging, and water for beverage processing—all at the expense of indigenous land and environmental rights. Protecting these corporate interests and ensuring they got the best land for agriculture, our government has overthrown and assisted in the removal of democratically-elected presidents, supported right-wing dictators, and armed their notably corrupt police and military with weapons and military training.

In 1954 President Eisenhower ordered the overthrow of democratically elected President Jacobo Arbenz in order to protect United Fruit Company’s land interests. Arbenz had issued the Agrarian Reform Law, which redistributed land to some 500,000 landless indigenous peasants. One recent president we championed, Efrain Rios Montt, was convicted of genocide in 2013 for trying to eliminate Mayan peasants. Guatemala’s new president Alejandro Giammattei is from the extreme right, backed by business elites, the military and drug traffickers.

One in ten Guatemalans is affected by hunger due to drought-related crop failures in 2018. Widespread deforestation in the last 40 years has resulted in floods, landslides and erosion of peasant farmland. Eighty percent of the coffee crop has been wiped out by coffee leaf rust in some regions, causing low-wage workers to lose jobs. All while two percent of population control 70 percent of all cropland.

Over the last eight decades, US military support for right-wing coups and authoritarian candidates has strangled social movements for self-determination, worker rights and economic development in El Salvador.

El Salvador’s new president, Nayib Bukele, is giving the US Embassy a substantial role in government policies. He has fired public sector workers, following US policy there to challenge public sector unions. Bukele blames the poor for their poverty and is installing militarized border security with Department of Homeland Security funds to keep migrants from leaving.

El Salvador is projected to lose 10-28% of its coastline by the end of the century, destroying mangrove forests, marine life in them and the livelihood of fishermen and their families. The country is projected to run out of water in 80 years; yet the biggest industrial users and polluters (among them Coca-Cola company) are not affected by water rationing.

In 2009 reform-minded President Manuel Zelaya, who had raised minimum wage, built new schools, instituted school lunch programs, provided pensions for the elderly, and on the verge of signing land over to 300,000 small farmers to grow the working class base, was kidnapped by the Honduran military and flown out of the country to Costa Rica. The Obama Administration tacitly supported it. The US administration has continued to approve subsequent illegal presidents who have intimidated and violently suppressed rural and indigenous farmers’ land rights in favor of large agro-corporate land grabs and corrupt elections.

Drug traffickers infiltrate the Honduran government “from top to bottom,” including the police and military, according to historian, activist and author of The Long Honduran Night, Dana Frank. By 2016, Honduras had the highest murder rate and highest rape rate in the world.

The country’s Pacific Coast, once a thriving tourist destination, is losing approximately one meter each year to sea level rise. Tidal surges are wiping out businesses, homes and roads. Further, corporate shrimp industry is destroying mangrove forests along the coast protective of coastal erosion and needed for local fishing. The shrimp industry offers few jobs while increasing poverty by restricting fishing for locals.

The US rejects responsibility and repudiates migrants

The 1951 UN Geneva Convention on Refugees will not classify climate migrants as refugees, not wanting to diminish funds for those fleeing war, persecution and violence. In 2018 UN Global Compact for Safe, Orderly and Regular Migration was signed by 167 countries, with the goal of creating humane conditions for migrants across the world. The US did not sign it.

The US response to economically desperate brown-skinned migrants at our southern border is multi-pronged: demonize them in the media, punish them by separating families, and discourage them by forcing long waits in Mexico while determining refugee status. Most recently Trump has cut humanitarian aid to Guatemala, El Salvador and Honduras while funding and training their border patrol police and military to militarize their borders and entrap those fleeing poverty, violence and climate crisis.

Continuing extraction of land and labor by US corporations

US corporations cross borders into Central America daily where they profit, pollute, extort the best land and underpay workers with impunity. The same borders are weaponized (a new frontier for our weapons industry) and closed to citizens coming north, endangered by policies and climate crises not of their making.

Patricia Hynes is a retired Professor of Environmental Health from Boston University School of Public Health and current Chair of the Board of the Traprock Center for Peace and Justice. She writes and speaks on issues of war and militarism with an emphasis on women, environment, and public health. This piece is reprinted with permission from Portside. https://portside.org/2019-10-07/trail-tears-refugees-central-america 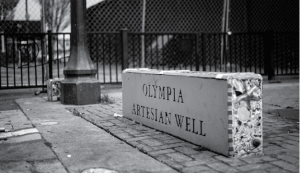