Why the public should own our electric utilities

The June 2019 interview on “Glen’s Parallax Perspectives” series (see below for info about watching it through your computer or TCTV channel 22) explores the many benefits of having the public own our electric utilities instead of letting big business own them.

People typically think about “democracy” in terms of government.  But why can’t we also have democracy in how we run our economy?  Why can’t our economic institutions – such as our electric utility – respond to the will of the voters?

Voters can choose to have local governments own and operate our electric utilities.  Dozens of cities and counties in Washington State have long, successful track records of using publicly owned utilities to provide reliable, low-cost electricity to their people.

Also, publicly owned electricity have much better reliability and recover more quickly when storms cause outages.

PSE burns fossil fuels to generate 59% of its electricity.  State law is forcing PSE to stop burning coal, but PSE wants to convert to burning natural gas, which also is horrible for the climate.  In contrast, publicly owned utilities are entitled to “carbon-free” federal hydropower.  PSE plans to continue burning fossil fuels for many more years, but a local community that switches to a publicly owned utility can quickly transition to become “carbon-free.”  Jefferson County WA recently accomplished this when their voters replaced PSE with the Jefferson County Public Utility District (PUD).

Right now a new campaign in Olympia is organizing to replace PSE with a city-owned electric utility that will provide lower rates, better reliability, and sustainable energy.  Olympia’s municipal utility will be accountable to the voters instead of foreign stockholders.

The local organizers are starting now to educate the public and plan to gather Olympia voters’ signatures during much of 2020 in order to put a city-wide initiative onto the ballot for the November 2020 election.  Starting later this summer, look for publicity and opportunities to volunteer and donate financial support for this campaign.

Everyone everywhere can watch this interview—and/or read a thorough summary of what we said (and a great list of links to further information) – through Glen’s blog, www.parallaxperspectives.org.  Each program and thorough summary are also posted to the blog’s “TV Programs” category and one or more additional categories (in this case, the blog’s “Energy” and “Olympia Area” categories.

Cable TV subscribers in Thurston County can watch this interview on Thurston Community Television (TCTV) three times a week throughout the entire month:  every Monday at 1:30 pm, every Wednesday at 5:00 pm, and every Thursday at 9:00 pm. 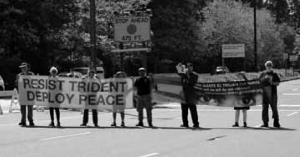