...a new tactic to nullify the First Amendment right of people to peaceably assemble in search of redress by the government? Customs and Border Patrol sent a helicopter to circle low over people in Northern Minnesota who were resisting construction of the Embridge 3 pipeline, choking indigenous protestors and allies with dust and debris. Canadian owners want a pipeline to transport hundreds of thousands of barrels of tar sands oil across more than 200 bodies of water, cutting through sacred wild rice lakes and fragile watershed ecosystems as it traverses parts of the White Earth Nation and Anishinaabe treaty lands. Tar sands are among the dirtiest sources of oil on the planet and the inevitable spills into water are nearly impossible to clean up.

…with friends like this… The guy who was Obama’s Secretary of Labor and then chair of the DNC just took a job with a big corporate law firm that specializes in training for “union avoidance”. The guy is Tom Perez. He’ll be “helping with dynamic…labor and employment issues.” Gosh.

…just stop complaining! Senate Republicans filibustered a bill that would have made it easier for women and LGBTQ workers to sue for pay discrimination. Gosh.

…Jeff needs help with childcare! In 2011, Amazon multibillionaire Bezos reported so little income that he claimed and got a $4,000 child tax credit. Gosh.

…One dollar, one vote…a billion dollars—well you do the math! People who are part of the $4.5 trillion private equity industry avoided paying billions in taxes and repeatedly derailed efforts to equalize its tax obligation. The ability of the rich and their lobbyists to buy Congress and thwart the IRS helps explain the deep inequities in our society. 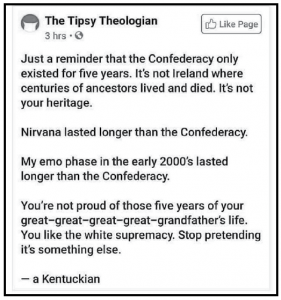