Washington is known for having a strong economy; however, even before the pandemic, one in four Washingtonians struggled to make ends meet. Obscured by the one in four number is the fact that those who are Black, indigenous or people of color in Washington are sometimes two to three times as likely to live in deep poverty as those who are white.

To explore solutions to address the needs of 1.75 million Washingtonians in poverty, Governor Inslee created the Poverty Reduction Work Group (PRWG) in 2018. This group recently released their ten-year plan to reduce poverty and inequality in Washington. The plan includes 60 specific recommendations to help build a more just and equitable future. These range from undoing structural racism, prioritizing urgent needs such as homelessness or addiction and decriminalizing poverty. These and other initiatives are covered in the new report found here: dismantlepovertyinwa.com.

The work of the Dismantle Poverty Initiative helped spur the creation by Gov. Inslee of the Economic Security for All (EcSA) initiative. The legislature has appropriated over $10 million dollars for this initiative over the last three years.

The money provides grants to workforce development organizations in areas of the state with the highest levels of poverty. Workforce groups assist with transportation to appointments, co-locate multiple services in one place for ease of access, offer skills training programs, as well as assistance for those searching for decent employment.

The Self-Sufficiency Standard is a living wage measure that defines the real cost of living for working families. It’s a project of the Center for Women’s Welfare (CWW) at the UW School of Social Work. The Standard is an affordability measure and a potential alternative to the flawed official poverty measure, important for policy makers, program managers and researchers.

The federal poverty level is used to determine social service eligibility in many cases (such as for food stamps, Medicaid, TANF, etc.). However, it was devised in the early 1960s by the Social Security Administration based on 1955 data for spending patterns at the time. This has become increasingly out of step as housing costs have risen substantially and families are now expected to shoulder increasing expenses such as prescription drugs, child care or transportation costs.

In contrast, the Self-Sufficiency Standard determines the amount of income required for working families to meet basic needs at a minimally adequate level, taking into account family composition, ages of children, and geographic differences in costs. Learn more here: http://www.selfsufficiencystandard.org/ 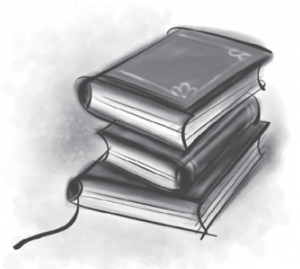