When the City of Olympia purchased park land at LBA Woods in 2016, it quickly moved forward with a plan to set aside ten non-forested acres fronting Boulevard Road to develop as affordable multifamily housing.

The City has now selected Vancouver-based Romano Capital to develop a project that will house “middle income families.” According to the City, this translates to an annual income of $54,000 to $108, 000 for a family of four.

Romano Capital will hold a series of public meetings in September to solicit feedback on their proposal for 160 apartments, 20 townhouse units and a commercial center. (Some of the units will be sold at market rate. The City has yet to negotiate this with the developer.)

When The Olympian’s Brandon Block reported on the development in July, Olympia project manager Amy Buckler cited a goal of “maximizing the number of affordable units for working-class families,” which the City had described as between 60 and 80% of Area Median Income, or $52,000 to $69,000 a year for a family of four.

What happened between July and August to move the goal post so dramatically from “working class” to “middle income”?

One thing is for sure: Many Olympia residents don’t meet the City’s definition of “middle-income.” This public project won’t be for them.

Minimum wage families left out by overestimation of income levels

According to Buckler, the use of the term “middle income” refers to “Workforce Housing.” This relies on a federal Housing and Urban Development (HUD) formula where income limits are based on “area median family income” in the county as a whole.

The HUD figure for the median income for Thurston County in 2020 was $90,200 for a family of four. The City set the income limit for the Boulevard Road project at 120% of that amount, or $108,000. According to the HUD formula, to be “affordable” the cost of housing must be no more than 30% of income. This means that “affordable” housing in the Boulevard Road project can cost up to $2,700 a month.

With plenty of three-bedroom units on the market at less than $2,700 a month, Olympia’s “affordable” housing turns out to be what most people call market rate. Why not leave that to the private builders? Most newcomers are not settling in Olympia. Lacey alone accounted for half the population growth in the County last year..

Over half of Olympia’s renters face unaffordable rents

Olympia’s most recent public-private project, Merritt Manor on Martin Way, raises similar questions. Its income limits are set at the “working-class” HUD level of 60 to 80%. Two-bedroom units are being marketed at $1,315 a month. The private sector also offers housing units at that price, which is “affordable” only to a family of four with an income of $52,000 or more.

In 2017, the most recent year for which figures are available, 56% of renter households made less than $35,000 and were “unaffordable” rent. They likely won’t be moving into Merritt Manor.  At $7.55 per working hour, that “working-class” apartment would cost them more than 45% of their minimum wage income. Only housing at below-market rates could be affordable to these working families. .

Who is the City targeting with its definition of “middle income?”

How can the city be so far off in its perception of its renters? Why do planners put City resources into building at market rate?

A big problem with relying on the HUD formula, is that it sets a standard based on county-wide incomes.  Even before the COVID pandemic, City planners were assuming that Olympians make $1,000 a month more than they really do.  Olympia’s poverty rate pre-COVID was about 72% higher than the county as a whole.

Adding to the problem for number crunchers, Olympia has a high level of income inequality that reliance on “median” statistics can’t account for.  According to a 2020 study commissioned by the City, almost two-thirds of Olympians were actually below the “median.”  Over half of renters were paying more than 30% of their income on rent. Compared to county-wide levels, Olympia has higher rates of male unemployment and female-headed households; a higher proportion of people who work in low-paying service jobs, and substantially lower home ownership rates.

When the city says that it is building the Boulevard Road project for the likes of “teachers, construction workers and many government workers” who would fall into its “middle-income” family range, it isn’t looking to house the Olympians who need help.

Since most families with children in the City’s “middle income” range can still find single-family detached housing somewhere in the county, it isn’t clear who the city and Romano Capital are targeting.

Much of the City’s approach to housing traces back to its “One Community Plan” and the roadmap provided by Thurston Thrives, where supply-side production of housing units has been touted as the key solution. Yet the county is full of such units and they aren’t helping Olympia’s working poor.

Olympia’s supply-side solutions don’t build the below-market housing that Olympia renters need. Seattle went all-in on building for supply and increased its vacancy rate significantly. Seattle rents remain far out of reach for people living in the minimum wage and single parent universe. A King County study found that it would cost $18 billion dollars to build the 44,000 units needed by 2024 to provide housing affordable for everyone.

Until Seattle and Tacoma solve their own affordability crises, Thurston County will be pressured to serve as a property source for bedroom communities. These create high transportation carbon footprints with or without little “town centers’’ like the one that the City wants to see the Boulevard housing units pay for, as part of its project.

Learning what will keep low-income renters in their homes

The COVID pandemic offered a mass experiment in providing alternative solutions based on the needs of renters themselves. It accelerated a shift in thinking about affordable housing that was already underway. There is more interest in linking housing costs to the amount residents actually earn and finding ways to promote equity by helping more people onto the ladder of intergenerational wealth-building through home ownership.

Local governments must build connections to renters and low income communities and learn what they require to stay in place.

Avoiding displacement in the first place is one necessary solution. Local governments must build connections to renters and low income communities and learn what they require to stay in place. The voices of community residents need to be at the table alongside other “stakeholders” as initiatives like the redesign of the Martin Way corridor move ahead.

Replacing lost subsidies is a job for state and local government

Besides embracing the watchword of housing stability, Olympia needs a more sophisticated approach to linking subsidy and affordability for the majority of its renters. For decades, federal support has been stripped away. It must now be restored.

The state must step in to help local governments to scale up directly, instead of leaving the job to public-private partnership and local entities such as Thurston Strong where results are inevitably uneven and inefficient, with little guarantee of equity of service.

Planning for the needs of the majority of Olympia residents

Last spring, the state legislature passed an emergency shelter and housing bill that began to take on this problem. House Bill 1220 mandates that local governments “plan for and accommodate” affordable housing for everyone as an element of their comprehensive planning.

This means creating an inventory and analysis of “units for moderate, low, very low, and extremely low-income households” as well as emergency and supportive housing. Governments need to provide for all economic segments of the community, specifically including the full range of low and moderate-income households.

Since they aren’t helping most Olympia renters anyway, it would be wise for the City to continue to focus on homelessness, push the pause button on its housing projects for “working class family” households, and pull the plug completely on building “middle income” units like the Boulevard Road project.

City officials in Olympia profess a new focus on resilience and equity in the wake of its recent upheavals. To make a real difference, this new outlook must be directed to the City’s approach to planning for housing and transportation. There are many creative ways that these planning elements can be brought more in line with the needs of the majority of Olympia residents. Bringing truly diverse, local, and especially low-income voices on board, Olympia can develop a community engagement plan to provide the kind of guidance that would prevent mistakes like using the HUD metric.

Olympia can show the way.  By rethinking engagement and considering the facts, Olympia can build projects that model how to target community support to where it is needed.

Helen Wheatley serves on the Thurston Conservation District Board of Supervisors and several local volunteer organizations, where she tries to support a healthy and secure future for everyone. 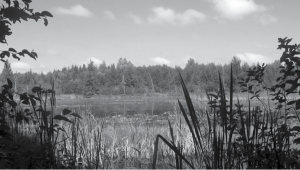