It was the end of a week of demonstrations in Olympia: peaceful marches punctuated by broken windows and nighttime confrontations between opposing groups. During the week, men armed with assault rifles had patrolled the streets of Olympia’s downtown and neighborhoods.

On Thursday, June 4, the proprietor of a gun shop in West Olympia heard a rumor that Antifa was coming to “burn down the city” and had “plans to destroy the westside.” He issued an urgent call on Facebook asking any and all “ARMED CITIZENRY” to come “in a well-regulated fashion to secure the business” in his building. He said his landlord had confirmed a good portion of the threats with law enforcement contacts.

The OPD chose to ignore peoples’ primary concern, which was not with political attitudes but with the fact that these men were vigilantes and vigilantes are a threat to the community.

In response to the call, a couple dozen armed men showed up at the gun shop and stationed themselves in the parking lot. They were outfitted in military gear and bullet-proof vests and carrying AR-15s. Olympia police stopped by to check on them during the night “just driving around, not anything formal.”

They are here for us

Around 1 am, an officer came by and chatted with the men: there had been a complaint about noise. Another officer had radioed a message that the men were “super friendly” and that turned out to be true. Later, the officer messaged her supervisor:

“I found a group probably 25 men … all of them carrying AR-15s and wearing vests. They were standing by making sure the Antifa group had gone home. They’re a group called Washington 3%… The leader told me they are here for us and support us. They also support the peaceful protestors despite popular belief (mostly by the protestors). Their mission is to protect the businesses and the community. … They’re also a nonprofit and help veterans in need…”

That would normally have been the end of it. The men providing security for the gun shop and “protecting the community” would have gone home and waited for the next call to arms.

Are the police asking the 3 Percenters for help?

But one of the men posted a picture of the group standing around the smiling officer: “This is us at 1:40 am with an OPD when she came to thank us for being there …”

A huge public outcry followed. Olympia citizens flooded officials with emails asking why an Olympia police officer was thanking a group of vigilantes. Many emails described the way in which the presence of armed men seemingly condoned by the police frightened them and their families:

“I learned last week of an armed militia group, welcomed by our own Olympia PD, congregating in our community in order to “protect” us. If my daughter had asked to demonstrate on the day this armed militia group was in our neighborhood, there is absolutely no way I would have allowed her to go.”

Others wondered, “are the City and the Olympia Police Department asking for help from the Three Percenters?” “We have untrained, unaccountable paramilitary Three Percenters coming …trying to protect us from supposed “looters.” Some noted that the hand sign made by the men was a white supremacist sign.

A justification not an investigation

Faced with several hundred complaints, Olympia’s interim police chief Aaron Jelcick announced an investigation. The investigation was not intended to respond to the concerns that the behavior of the officer in the photo—as well as the other officers stopping by—gave tacit endorsement to men armed with assault rifles and styling themselves as defending the community and providing security for a business.

The investigation wasn’t going to be about the way the police fraternized with vigilantes. Instead it was to determine whether one officer was endorsing white supremacy by posing with men holding up a three-fingered sign often associated with that ideology.

In early September, the OPD issued results of its investigation: Why did the officer thank the men? (for protecting businesses, for being law-abiding). Were the Three-percenters a white supremacist organization? (No) Was the officer a racist? (No) Did the officer properly pose for a picture with these and other community members? (Yes).

The aim of the OPD investigation was to exonerate their officer from the charge of racism, so they accepted the Three Percenters’ self-description as inclusive do-gooders. If they had looked more closely at the groups’ website, they would have seen this chilling statement:

Groups like BLM, Antifa, Indivisible and more want and work for the destruction and abolition of our way of life. Socialists are working with the Democratic Party to destroy America. This is sad and infuriating to many people from all walks of life. While people sit in the comfort of their living room watching Don Lemon and Rachel Maddow and sip their sweet Koolaid we are watching our Liberties and Inalienable Rights being stripped from us faster than we can react.

The OPD chose to ignore peoples’ primary concern, which was not with political attitudes but with the fact that these men were vigilantes and vigilantes are a threat to the community.

Public officials get it right

The OPD also chose to ignore the same concerns put forth by 33 local elected officials and later signed by 2000 other members of the community:

We oppose the presence of armed vigilantes patrolling our communities. Organized armed groups have escalated an already tense situation, carrying both lethal and less-lethal weapons in an intimidating fashion.

Arrival of armed self-appointed “peacekeepers” is historically how paramilitary forces gain control of local areas during times of national instability such as the time we are living through now.

We have heard concerns about law enforcement cooperation with nonpermitted militia activity. Any appearance of indifference or camaraderie further erodes fragile relationships between the public and law enforcement and jeopardizes the entire community’s safety.

“Militia-style group” is another name for vigilante

Why did the OPD direct attention away from these concerns? The investigation report makes clear that if “militia-type groups” are peaceful and law-abiding and don’t espouse racist views “there does not appear to be any Department policies (sic) that requires treating them differently than groups…who espouse racial-justice or other ‘liberal’ goals.”

“Militia-style groups” are self-appointed groups of citizens who are undertaking law enforcement in their community without legal authority—in a word, they are vigilantes. Such groups and individuals are emerging all over the country, often supported by the idea that local police forces need help or are in some way inadequate.

Is the OPD willing to overlook the fact that these vigilantes intimidate the residents of Olympia because of state laws allowing people to carry a weapon openly? In the report, the police interviewer points out that the police won’t restrict the access of “Open Carry groups” during demonstrations. “Although some members of the community have negative views of [militia-style] groups, others support the right of such groups to exercise their First and Second Amendment rights.”

It is increasingly common to see armed gunmen walking neighborhood streets, with the police treating it as normal, even, as in this case, welcoming the support of vigilantes. Many of these groups subscribe to the proposition that those “liberal” protestors the police report mentioned are working for the abolition of their way of life. Are people walking around with assault rifles expressing their Second Amendment rights no different from “liberals” carrying signs and singing?

When will the police enforce these laws?

There are laws that clarify that it’s not an abridgement of Second Amendment rights to cite someone for intimidating unarmed citizens and playing the part of law enforcement. RCW 38.40.120 forbids unauthorized groups to “associate themselves together as a military company or organize or parade in public with firearms.” RCW 9.41.270 outlaws the carrying of any weapon “apparently capable of producing bodily harm, in a manner, under circumstances, and at a time and place that either manifests an intent to intimidate another or that warrants alarm for the safety of other persons.” Given the increasing polarization of our country, the meaning “time and place” is “now and here.” Despite open carry laws, no one has the right to use semiautomatic rifles that intimidate others exercising their rights or feeling safe going for an ice cream cone at Baskin Robbins.

The OPD could also familiarize itself with RCW 18.170.160 (4) which states unequivocally that it is a gross misdemeanor for groups like the Three Percenters to act as security guard without a license, even if not paid. The officer (whose salary is $79,000 a year) has had training in State laws. She could have asked the Three Percenters if they had security guard license.

Olympia’s interim Police Chief issued a statement that the department doesn’t align itself with any group or “seek the help of any militia, any armed civilians, or any vigilante groups,” and doesn’t need “the assistance of armed citizens to keep our community safe.”

That should have been the message delivered by the Olympia police officer to the 25 men and others parading around Olympia with assault rifles at the ready. To assume that nothing bad is going to happen is a grave mistake. It’s already happening. Will we wait for a “rigged election” to act?

Bethany Weidner is a frequent contributor to these pages, with years of government and private sector experience. Sources for quotes and specific descriptions came from a public records request to the city of Olympia for emails about the incident. The full investigation report is available online on the OPD Accountability & Transparency page. It makes for instructive reading. Research assistance was provided by JD Ross. 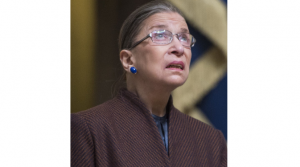