“People ask me sometimes… ‘When will there be enough women on the court?’ And my answer is: when there are nine.” —Ruth Bader Ginsburg 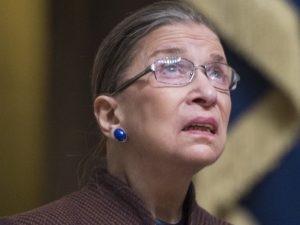 I was never “enough” to be cool enough or arty enough—never punk rock enough. But when a friend told me never give up. I decided to muscle up and pretend that I am. My conclusion? I am—you are—absolutely everything enough! So grab some pens and paper, whatever you have lying around and get to work. First explore the word ENOUGH. It is defined as adequate, plenty, satisfactory, ample and sufficient.

But for women of the 20th Century—did/do we have enough? RBG didn’t think so.

“To know when you have enough is to be rich beyond measure.” —Lao-Tzu.

When you write from memory, self-reflection you are writing from an angle of perception. It requires awareness of underlying patterns of your life and your presumed identity. Your memoir provides tools for exploration of self and soul through personal narrative, but how do we writers do that? How do we re-examine everything we know?

Good question. Here is how, we take another look into the family, wake up a few of those ghosts again. As stories are written about lives of our mothers, grandmothers and self, we may come to realize, not how much we lost rejecting their values, but how much is at the core of our being.

If you imagine that the reader will find value in your story, ask yourself,” have I told enough of the story to understand what was going on? When, where, why and how much?

In other words, it’s a matter of what came before and what came after.

Sometime ago I was teaching at the Olympia Senior Center, the central subject was “The War Years and the Years in Between.” One woman, whose family were country people, told a story about a frightening experience she had when she was a girl. She said at about dusk she was going home after school on her usual route. When she passed the neighbor’s barn a faint light issued from the inside. Looking in from the darkness she could see a man hanging. The scene was eerie and she was frightened, she ran home but she did not tell anyone.

What more does the audience need to know? Of course, this event was shocking for a young person, it would be for an older person too. Is the emotional content of this story enough to make it’s telling complete… for it to be compelling? What more would you like to know? Was it a secret found many years later wrapped in mystery, never mentioned, nor meant to be divulged? An open secret, maybe or just left unsaid?

A writer is a person familiar with secrets. The art of telling a story by an adult about a child who superficially resembles the writer is quite acceptable. To be a writer is to be able to see to the horizon where nothing is distinct.

“In 1988 when the Cosmos Club, after years of effort from many of its male members, finally voted to admit women. Against my better judgment, I agreed to be proposed as one of the first female members. But, as it turned out, I was blackballed.”

Some time later, RBG was invited to visit the club, and at the end of a tour of its lovely interior, her escort invited her to become a member. As the story was related to me, Ruth paused, and in that quiet, low voice of hers, said to her escort, “You know, I think that a club that is too good for Nina Totenberg is too good for me, too.”

Delores Kelso Nelson is an instructor of memoir writing who has been hosting workshops for over 20 years.