Not all candidates responded

Yen Huynh (incumbent, running for position 2). I am continuing to study and evaluate all of the excellent input that we received at the public hearing and I welcome more.

Robbi Kesler (candidate, running for position 2). I have followed the West Bay Yards development agreement issue reasonably closely, but not as carefully as I would if I were on council and actually voting. I would potentially vote against the development agreement if there is an extraordinary concession being granted to the developer of which I am not currently aware.  I pride myself on having great critical thinking and research skills, and am capable of making decisions on my own but I also realize at an executive level a need to delegate and consider input from staff who are experts in their respective fields.  I have confidence in the city staff and relevant state agencies to make the right decisions with respect to ensuring the project complies with relevant laws at various stages of the process if it moves forward.  I would tend to be on the side of approving development agreements in situations like West Bay Yards because I realize the project will still be required to meet all applicable development regulations.

Clark Gilman (Mayor Pro Tem, running for re-election, position 4) I do not support the Development Agreement proposed for the West Bay Yards luxury apartment project on the former Hardel plywood mill site. I do not believe it is appropriate to vest this project to today’s land use rules for 15 years. We are at a moment of great change in our thinking and actions around climate change, the environment, and equal justice. These emerging priorities are very likely to shift land use regulations during the course of this 25 year agreement.

Candace Mercer (states she is a candidate for position 4). I was unable to respond by the deadline because I am experiencing housing instability and was unable to attend the West Bay Yards public hearing. I need to learn more before committing to a position. I plan to watch the video and reach out to stakeholders to gather citizen views. My platform is grassroots and I have prioritized citizen concerns when taking a position on controversial issues.

Talauna Reed (candidate, running for position 5). The short response is that I do not support this at all. My position is firm and anytime the city gives incentives to private developers, does not consider environmental impacts, excludes the public from discussion before drafting an agreement on these types of issue and or does not prioritize the current needs of our community,  i will not be in favor of it and my vote will reflect that. The people in this community need reassurance for this council that this housing crisis we are in has high priority. We do not need market rate housing. We need liveable wages and affordable public housing for everyone who needs it. This project serves no one except those who will profit and needs to be taken off of the table.

Sarah DeStasio (candidate, running for position 6). There should be a thorough environmental impact review before the City commits to the West Bay Yards development agreement. While there is limited buildable land in our area, I do not think that a market-rate shoreline development is likely to benefit most Olympians or our ecosystems. If built, the project is not eligible for the Multi-Family tax exemption or reduced impact fees. I would like the City to use those taxes and fees to help increase our affordable housing stock.

Tyrone Brown (candidate, running for position 7). We are currently in the midst of a syndemic: A health pandemic and a housing pandemic. Before this syndemic, the houseless population was already growing at a rapid rate. If the city were to sign this 15-year agreement for 7 acres of land that promises market rate housing and excludes affordable housing, then they would be signing onto private gains at the expense of the public. We have people in our own community who are carrying the burden for the city’s lack of action. Mutual aid has picked up because city resources are lacking. In addition to the lack of affordable housing, thousands of tenants currently cannot make their rents. Despite job loss and COVID shutdowns, there is a continued expectation for tenants to pay rent. It is illogical to support high end market rate housing when we have a growing houseless population with people facing evictions once the moratorium is lifted. Although the issue is the lack of housing and the need to increase housing in our city, that is not the only thing that is keeping housing unaffordable or inaccessible. If the city were to approve this agreement, it would further perpetuate the pandemic that marginalized people have already been facing. We need to focus on accessible and equitable housing.

Dan Leahy is an organizer and long-time resident of the Westside. 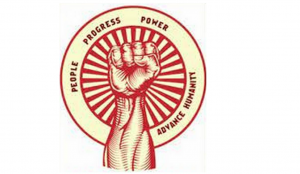