Citizens:  An environmental review should precede a binding contract for West Bay Yards

[Dozens of people who filed comments or called into a public hearing March 23 argued forcefully that an environmental review should occur before the City makes any more commitments to the West Bay Yards developers. Business owners and development advocates disagreed. By the time this paper is printed, Council members will have made a decision of some kind. Here’s a summary of the public input. Read full comments on the City’s website at www.olympiawa.gov/west-bay-yards] 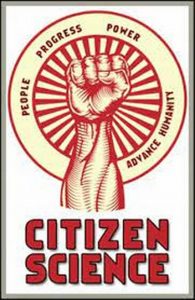 desirability of facilitating the introduction of an “urban village”—a 470-unit apartment/townhouse-retail-commercial complex — between West Bay Drive and the edge of Budd Inlet at the site of a former plywood plant.

At issue was a Development Agreement—a voluntary contract that ensures West Bay Yards LLC that the project will be isolated from changes in Olympia’s land use regulations (last revised in 2016) between now and 2036. (Development project do get protection from changes in regulations—but at a later point in the review process.)

Ten months after West Bay Yards LLC presented their project at a “presubmission conference” in May and one week before the City Council was to make a decision.

Arguing against approval of the WBY Agreement: at least six environmental steward organizations including DERT, Olympia Coalition for Ecosystem Preservation, Audubon Society, Sierra Club, Cultural Landscapes, and Olympia Archeological Society, among others, plus over 130 unaffiliated individuals.

Opponents submitted extensive and varied comments ranging from uniqueness of the shoreline and related ecosystem, lack of key provisions in the contract, and unsuitability of the site. Most urged the Council to begin with an environmental review that could answer many of the questions about the project. Here are excerpts from three statements:

A specialist in urban restoration:
I am concerned that this approach to shoreline development weakens our city, and undermines our regional public investment in ecosystem recovery. A 30-foot fringe of trees and some dredge spoils at the foot of rip-rap is not restoration—it’s superficial decoration to sell you on a bad idea. This development group has indicated through its opening design that it has no interest in the health of the Salish Sea. You should ask for a real proposal that demonstrates a commitment to ecological health. It would be a betrayal to all of us if the City Council gave away the bank at the opening bell.

Students from Marshall Middle School CSI who will live with this decision. In our research we’ve found that there is no benefit this proposed development has to the community. Whether it’s limiting natural space, or the increasing traffic, a development this big will have crushing impacts. In the end, this growth will not pay for itself. You may be long gone, but we will be left holding the bill.

So much inaction has left our generation tired. Tired of waiting for a fate doomed by the messes others have left us to clean up. Tired of watching the same mistakes unfold time and time again, history repeating itself so clearly for all to see but not clearly enough for anyone to do about it. There is no way for the effects of Climate Change to reverse themselves. The choices are in our hands, so we hope you’ll be able to make the right one. (signed by 30 students)

An individual who has learned from experience.

You must call for an Environmental Impact study on this development BEFORE an agreement is made, so that we avoid what the Supreme Court has forcefully rejected as

“a dangerous incrementalism where the obligation to decide is postponed successively while project momentum builds. Even if adverse environmental effects are discovered later, the inertia generated by the initial government decisions (made without environmental impact statements) may carry the project forward regardless. When government decisions may have such snowballing effect, decision makers need to be apprised of the environmental consequences before the project picks up momentum, not after.”

Hearing from Tim Smith [planning staff] that the land has indeed been sold to the development group speaks directly to this effect. Would the development corporation buy that property if they didn’t believe the City was going to give them a green light?

Proponents questioned no element of the project but saw it as all benefit.

One business owner summed up everyone: Let’s not squander this once-in-a-generation opportunity for much-needed economic development, market rate housing, environmental restoration and new public access and amenities, injecting new life into the West Bay neighborhood and hopefully leading to additional improvements along the water front.

Bethany Weidner is a former policy analyst. She serves as volunteer editor of Works in Progress.