In mid December, thirty neighbors on the Westside of Olympia began planning for an MLK Day event and chose Peaceful Transition, Respect the Vote as their theme. They had planned two previous events on the 4th Avenue Bridge, one in support of the National Nurses Union and one calling for Justice for George Floyd and all Black Lives.

The bridge can safely hold 250 participants separated by eight feet of space. They began to recruit using their email lists from previous events, and encouraged others to help recruit. They also made a point for obvious safety reasons to stay off social media. People were asked to send in an email if they planned to join. Each new person who joined was vetted by someone the organizers knew. Participants were also asked to donate funds to cover the $1,200 in expenses, which they did.

Another safety measure was the “Welcome Team.” A welcome team had formed for the George Floyd event. This time, however, they increased their number to nine, picked a coordinator, met in advance via Zoom, developed internal communication and wore bright yellow jackets with “Welcome Team” on the back. Their job was to welcome folks, answer their questions, keep everyone safe, help organize the group photo and hand out 150 yard signs to participants.

As with the George Floyd event, Beverly Farris, national program manager of the Alliance of Faith and Justice, provided leadership as the event’s spokesperson. Ms. Farris had attended the 50th Anniversary of the 1963 March on Washington. She walked the bridge carrying her photo of Dr. King.

The opening ceremony began at noon with Noel Parrish and Candace Penn burning sage and offering a song for peace and justice. Candace is a member of the Squaxin Island Tribe and Quileute Tribe. Noel Parrish is Turtle Mountain Chippewa. After the opening, participants were entertained by a group of samba drummers led by David Moseley. Mercy Kariuki-McGee also entertained the participants, singing and walking the sidewalks with her portable sound system.

The organizers recruited their own photographer, Ricky Osborne, whose photos (published here and on the cover) captured the essence of the event. Ted Warren, an AP photographer, was also present and, ironically, his photo of the event appeared in Oregon’s Bend Bulletin on Tuesday, January 19.

Just over 200 people lined the two sidewalks for one hour. While most were from Olympia, there were also participants from Seattle, Tacoma, Elma, Lacey, Tumwater and Rainier.

Dan Leahy is an organizer.
He lives in West Olympia. 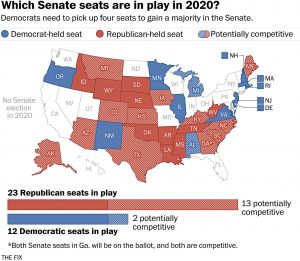