Local Good Governance is a new Thurston County coalition formed to make the advocacy work of environmental and affordable housing nonprofits more efficient and their voices stronger. The coalition is the brainchild of a small working group of League of Women Voters Thurston County (LWVTC) with support from Thurston Climate Action Team (TCAT).

Based on their experiences over the last three years, some members of the LWVTC believe the values of the commons and the public good are not being given equal weight compared to other pressures and influences by local governments in land use decisions. The coalition is an effort to remedy this situation.

The first meeting of the coalition was on August 4, and was attended by representatives of seven local affordable housing and environmental nonprofits. Discussion centered on prioritizing actions for the coalition. Some nonprofits want to focus on creating easier public access to local governments and on making the members’ work less duplicative. They want to create a shared system of monitoring local governments’ meetings, and post information on-line in a calendar or database format for summaries of those meetings and information on how citizens can comment on land issues or policies as they arise.

Other organizations are interested in a proactive Rights of Community/Rights of Nature campaign for a local watershed, river, or part of the shore.

The coalition is starting small but aiming big and invites participation by more organizations. The next local Good Governance meeting will be by Zoom on Wednesday, September 15, where discussion will evaluate the time and energy resources the coalition will have to pursue one or both of those goals. If your nonprofit organization would like to participate, email Charlotte Persons, LWVTC or Lynn Fitz-Hugh of TCAT. 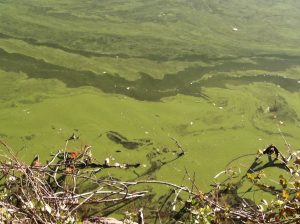