Dr. Matt Goldenberg: City Council candidates in their own words

A conversation with Dr. Matt Goldenberg (candidate for Pos. 3 held by Nathaniel Jones) 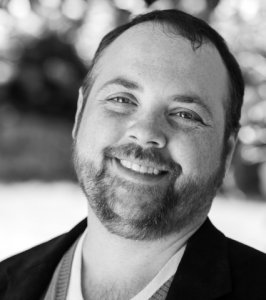 Like much of the Country, the City of Olympia is in crisis. Widespread and growing houselessness, rampant drug addiction and untreated mental illness, skyrocketing rents, lack of police accountability and transparency, and climate change are among the daunting challenges facing our city at the southern tip of the Salish Sea. It was with all this in mind that I sat down to have a conversation with Matt Goldenberg. I have felt frustrated with how the City Council has dealt with a number of these pressing issues, including homeless camp sweeps, the Missing Middle rezone, and the handling by the Olympia Police Department of Yvonne Mcdonald’s unexplained death. I was curious and anxious to find out how Matt Goldenberg planned to take on these challenges.

Matt is running for position 3, which was abandoned by Nathaniel Jones who is now running for mayor. His  challengers in the race are Dani Madrone and Bouddica Walsh.

Dr. Goldenberg is a clinical psychologist with a small, active practice here in Olympia where he specializes in treating trauma; specifically trauma from oppression due to various forms of racism, sexism, xenophobia, homophobia, etc. In addition to his practice, he also teaches part- time as an adjunct professor at South Puget Sound Community College, and works as an “equity consultant” for schools and government agencies. He consults with staff to address biased attitudes, hiring practices, and establish nondiscrimination policies. He is married and has two children. He is also openly trangender, making him the second tansgender candidate in this race, along with Bouddica Walsh.

One of the things most important to Dr. Goldenberg, and a main reason he gives for running for office, is his belief that we need a mental health provider on the council who understands what “trauma informed policy” means. Matt is passionate about helping others develop an understanding about how trauma in its various forms affects people, in particular those suffering from oppression — those in the houseless community, racial minorities, and the LGBTQ community. He believes that the absence of a trauma-informed perspective on the Council undermines the city’s ability to work effectively with the whole community in a manner that respects the rights and needs of everyone. Examples of situations that raised concern for Matt include too much “tone policing” at city council meetings, lack of outreach and communication with residents of unsanctioned camps, and treatment of the family of Yvonne Mcdonald.

Matt passionately believes we need a council member who has direct service experience with the houseless community.  He points to his own experience on King County’s first mobile crisis team where he worked with chronically homeless adults.  He also worked at Childhaven, a therapeutic daycare for infants who were homeless and/or insecurely housed, and as the on-site therapist for Neighborcare in their drop-in homeless youth clinic.

How Matt would promote an inclusive community in Olympia

With his background in treating trauma in oppressed communities, as an educator, and as an equity consultant, Matt believes he has the skills to lead the council toward creating a more inclusive community in Olympia. He would like to see the whole council receive equity training, as well as  racial bias training for the Olympia Police Department. He talked about a “Human Rights Commission” that could address issues of police accountability and transparency, as well as human rights concerns for all city residents. In general he wants to see the council make more of an effort to reach out to the houseless community, such as by holding a Council meeting at a houseless campsite.

He would build community by pushing for action on the City’s “sanctuary city” status. Just declaring Olympia to be a sanctuary city is not enough, We need to offer more substantial forms of support for undocumented immigrants living here. He would also like to see a city-led  coalition to connect entrepreneurs of color with local credit unions and small business consultants in order to “diversify our market and ensure that we are creating opportunities for all families to thrive.”

Matt strongly opposes the sweeps of unsanctioned camps, and the idea of criminalizing houslessness generally whether camping, public urination, or other “crimes of poverty.” He is calling for additional mitigation sites, and for unsanctioned camps to be left where they are if reasonably possible. If relocation is needed he would like to see residents included in developing relocation plans, and for the city to work more closely with mental health professionals and other service providers as they formulate houseless policy. He is also calling for an increase in needle exchange sites, and wants to see an interlocal agreement between government bodies to share responsibility for addressing the houseless crisis.

With regard to the shortage of low income housing, Matt is particularly concerned with what will happen with our low income senior population as baby boomers move into their senior years. Another measure Matt would like to see in response to the low income housing crisis is a city-supported and formalized tenants union.  He believes that “residents should be given increased time to respond to evictions” and that “housing applicants should receive exact copies of their credit reports when collected by landlords, so that applicants don’t need to pay multiple fees as they search for housing.”

The last thing we discussed was the minimum wage, which he supports raising to $15 per hour. Personally, I find it surprising that a City as progressive as Olympia has not already adopted a $15 minimum wage. A recent Quinnipiac Poll showed that 57% of  Americans support raising the minimum wage to $15, and support in Olympia must be significantly higher than this. Who is our City Council listening to?

Fortunately, we have some great candidates running this year, and I think Dr. Matt Goldenberg is clearly one of them. We need fresh perspectives on the Council, and Matt clearly has a valuable perspective and needed skills to offer. He is definitely worth voters’ serious consideration for Olympia City Council, position 3.