Without being an elected official, a business owner, a public entertainer, or any of the other roles that give a person official prominence and power, Chris Carson was one of Olympia’s most influential persons. She achieved powerful influence because she was an expert grassroots organizer who was grounded in nonviolence and connected with everybody and inspired everybody to take positive actions.

Chris Carson was ubiquitous. She was everywhere. She attended many organizations’ meetings—sometimes briefly so she could attend other meetings occurring elsewhere at the same time.

She “connected the dots” between issues. She practiced the “connect-the dots” strategy that people now call “intersectionality.” She connected the movements for peace, women’s rights, economic justice, progressive politics, the climate, prisoners’ right to read books, and many, many other issues.

Besides connecting these on an issue-to-issue basis, she also connected these issues on a people-to-people basis throughout our community. She was always organizing strategically smart and creative ways for people to learn and take action. She accomplished much public outreach and education by organizing film showings, musical performances, social gatherings, big events and small conversations.

She did all of this without owning a computer at home, and without a reliable phone answering machine. She was most effective organizing the old-fashioned way, person-to-person, face-to-face.

Chris had her own unique voice. She was not shy about offering insights, experiences, suggestions for effective actions, and encouragements for how other people could help support grassroots efforts on important issues. Her suggestions and encouragements often were strategically useful for strengthening local interpersonal and community-based connections and empowerment that are absolutely necessary for achieving effective political and social progress.

She did not bog down in academic or technical knowledge. She knew that what we need most are empowerment and strategies for organizing so we can accomplish effective actions.

Chris always saw the big picture, and she also saw the importance of paying attention to small details that would make an event bigger and more effective.

In the same way, besides working on big issues and big events, Chris also valued each individual person. Face-to-face conversations were important. During our memorial event on Monday January 14 at Capitol Theater, one of the speakers asked audience members to raise their hands if they had given Chris a ride home, and about a hundred hands shot up. Very often after driving Chris home, she would engage her drivers in long conversations in their cars in front of her house. She was practicing one-to-one organizing there too.

Many people at that memorial event at Capitol Theater expressed appreciation for Chris’s positive attitude, the twinkle in her eye, and so forth. Her personal demeanor and organizing strategies were always based in a profound grounding in nonviolence. Nonviolence is not only the goal we seek for our local community, nation and world, but profound nonviolence also is crucial for how to organize successfully to achieve our goals.

Although limited in health and finances, Chris was generous in many ways: with her time and energy, with bringing food for potlucks, and in her generosity of spirit for other persons. For Chris, it was more important to prioritize doing good work rather than meet her own needs, including her own health.

Anyone wanting to do good work in the world could learn much and be inspired deeply by Chris Carson as a role model.

Glen Anderson has vigorously organized in Olympia for many issues related to peace, social justice, and economics since 1975, and worked closely with Chris Carson on many issues and activities for most of that time. 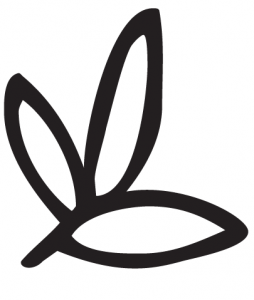