The community we want to build

From a biological perspective, one could argue that we all belong to a single community because we are a single species. From a social perspective, the biological basis for such human  communality necessarily becomes fragmented as a multitude of large or small collectivities such as the Nation, the State, the city, and the neighborhood. Any unitary notions of human community
must also be disassembled in the face of consequential differences including class, gender, race, ethnicity, age, sexual orientation and so on.

The problem with biological argument that we are a single species and thus form a single community is that relations within and among all the existing collectivities are not abstract but social. Rather, these social relations among and between groups have specific functions for the way a given society organizes to produce, distribute and  consume the wealth and benefits generated by that society. Members of all social collectivities, therefore, can also be said to either own the means of production (i.e. industries, land, and capital in general) or work as direct or indirect producers for those who own the modes of production. In other words, at a basic level, two antagonistic communities exist in the world: the community of labor and the community of capital. In terms of  group size, the community of wealthy represents a tiny minority, while the community of those who are disenfranchised is large and getting larger.

As the 4th of July and the upcoming Presidential elections approach, we are witnessing the way in which the official propaganda of the White House and the Republican Party cloaks itself in the bloated sounds of patriotic slogans like “Make America Great” and “America First.” By using patriotic language, their intent is to create a false representation of the US as a unified national community (inaccurately described in the Pledge of Allegiance as “One nation under God, indivisible, with liberty and justice for all” ) while at the same instilling docility and acceptance among people by implying that criticism of the status quo is antipatriotic and anti-national.

The insincerity and inconsistency of this patriotic language is demonstrated by the fact that in America, the government’s real loyalty lies not with the majority of people but instead favors the  obscene accumulation of wealth by corporations with ties to the financial-industrial-military complex and the unconditional support of corrupt political institutions. Evidence of this bias can be found in the current extremes in income inequality, racism, discrimination, environmental destruction, as well as in the lack of significant health and social services for most American people.

The current social and political situation of the nation—gloomy as it is — has come to pass not so much because a few multi-billionaires and right-wing politicians wanted this to happen, but because a large mass of American citizens seems to have abdicated their responsibility and let things be.

Theme for August: Who’s running the show? (deadline July 21) We encourage you to submit reports and reflections that answer this question for your workplace, your family, City Hall where you live, the educational system—or your school—the political system, the business sector, your church, the US of A and so on.

Theme for September: What future are we creating? (deadline Aug. 18)

Theme for October: The rest of the world 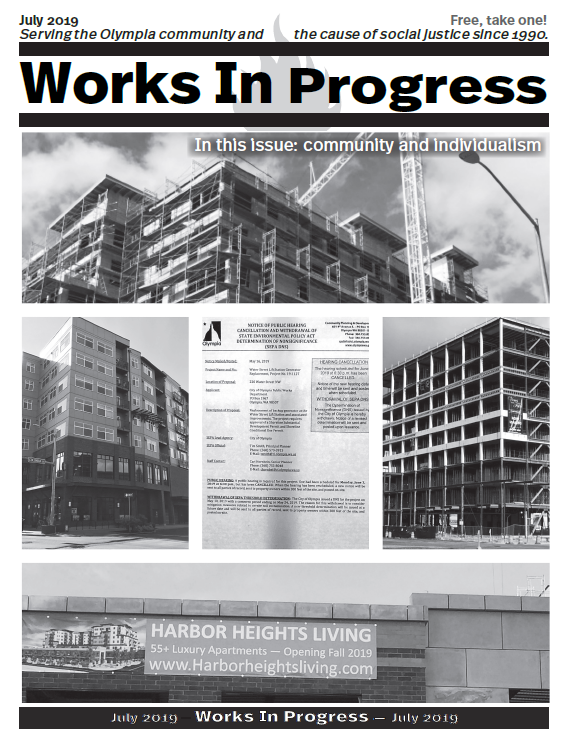 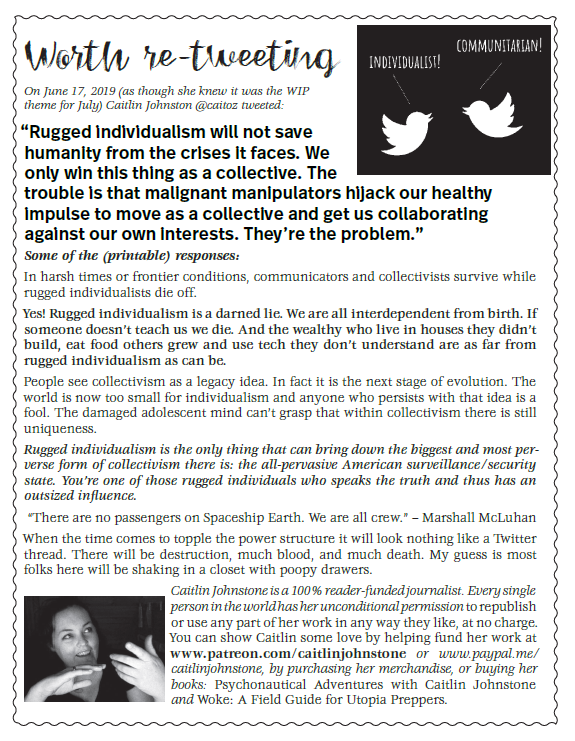