Say her name: The death of Yvonne McDonald

Black, 56 year old, former Evergreen student and activist Yvonne McDonald was found by a street sweeper near her home in Olympia on the morning of August 7th, 2018. Yvonne was covered in scratches, cuts and bruises, her clothes were torn, and her shoes and purse were placed eerily beside her. Yvonne died later that night at the hospital, having suffered severe trauma, hypothermia and blood loss. Yvonne’s family and community are shocked and heartbroken by the sudden and frightening circumstances of their loved one’s violent death. They are equally outraged and angry at the lack of care and investigation by the City of Olympia. 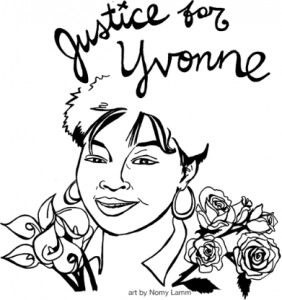 Instead of following leads and pursuing justice for Yvonne, the Olympia Police Dept. and coroner’s office have pushed narratives that blame Yvonne for her own death. City of Olympia officials have repeatedly said that they are waiting on the tox screen results of Yvonne’s body, as if having chemicals in her body justifies the violence she did not survive. Yvonne’s family has been waiting six months with no resolution.

The city manager and police don’t return calls or information requests from Yvonne’s family.  The crime scene was not treated as a crime scene, there’ve been no interviews of potential witnesses, and evidence has been lost or destroyed. Possible leads—including potential evidence of a vehicular assault—have been dismissed by the coroner’s office.

Yvonne McDonald survived and resisted sexism, violence, racial bias, and anti-Black racism in her 56 years. Those systematic oppressions continue after her death, with the lack of investigation by Olympia police and their co-workers at the coroner’s and prosecutor’s office. In life, Yvonne demanded justice for others. In death, it is others who must make this demand for her.

Lisa Ganser is a white, Disabled, genderqueer, sidewalk chalker and Poverty Scholar. They live on Squaxin, Chehalis and Nisqually land and are the daughter of a Momma named Sam. 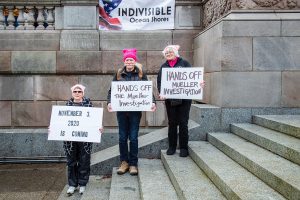