Work toward a collective movement strategy on display in Detroit

Dana Walker, who writes the blog Thunderbolt, spent 10 days in September on a ‘working vacation’ helping Rick Fellows drive his Crown Coach stuffed with what turned out to be 15 mostly young anarchists from Portland and Olympia to Detroit for the Congress of Municipal Movements, sponsored by Symbiosis. 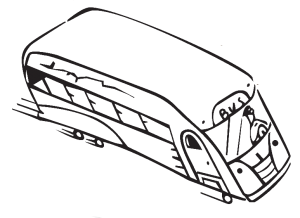 Symbiosis is a confederation of community organizations across North America. They aim to build a democratic and ecological society from the ground up. The effort appears to be a grassroots response to the fact that the capitalist system has hollowed out public institutions and abandoned cities, towns and people who aren’t generating profits. They are creating participatory institutions at the grassroots to meet immediate human needs and form a new basis of power, in parallel against capitalism and the state. Dana interviewed people from a number of the groups who attended the Congress and he agreed to let WIP publish slightly edited excerpts from his report.

Dana Walker, reporting from the halls of Marygrove College:

The actual organizing of this event was first-rate. The Symbiosis Conference turned out to be the first step to creating a network for all of these tens of thousands of little sequestered organizations that are doing God’s work all over the country yet doing it alone and isolated.

Olympia Assembly. Several members of the Olympia Assembly loaded into Rick’s bus for the trip to Detroit. They spent a whole bunch of time, energy, and love to author a lengthy document called Points of Unity where they tried to codify the things that unified everyone involved with Symbiosis and attempted to have their document adopted by Symbiosis as the official ‘Points of Unity’.

Asbury Park Transformative Justice Project. I spoke with Jaime, from Asbury Park, New Jersey. Jaime works with the Asbury Park Transformative Justice Project, an organization that promotes the ‘transformative justice’ model of criminal justice, that I have extensively reported upon in the Thunderbolt. From their website: Our vision is to transform the way people view crime and rehabilitation: from one of individual choice, to one of collective responsibility and accountability. To that end, they provide intentional housing, empowering organizing trainings, job skills and mental health counseling to people of all walks of life returning from prison.

Cooperation Northfield is also “…building a base of working class people through structure-based organizing for a long-term and rooted base of power at the same time as we are also cohering mass layers of self-selecting activists into key and specific fights to build layers of people with critical direct action and organizing skills.”

Carbondale Spring Project.  Robin, of the Carbondale Spring Project, describes the project as promoting proposals in Carbondale, Illinois concerning food autonomy, enabling care workers, investing in funds for cooperative business and for renewable energy. The Carbondale Spring people also do disaster relief, as did several other organizations represented at Symbiosis. Disaster relief is a vital component of taking care of ourselves and making their Oppression Machine irrelevant to our lives — the very strategy I have been promoting for years in the Thunderbolt (I have coined this ‘Disaster Anti-Capitalism’).

The city of Carbondale has double the national average in numbers of both police officers and police employees. The Carbondale Spring folks plan to pay for their projects basically by dismantling their overlarge police force. They have come up with a detailed plan to do just that — evidently Illinois is a state where citizens can petition their initiatives onto the ballot and thus into law.

From the Carbondale Spring website: Each of these initiatives will create or retain local jobs that are supportive of the community and each other. Each will build resilience in the face of the climate and economic challenges we face and will transform the real substance of the town, creating a sense that we are facing our challenges head-on as a community. They will, of themselves, help to ‘re-brand’ Carbondale, but in a deep, transformative way, rather than the superficial changes proposed by the logic of marketing.

From their website: The Cooperative New School is a next generation institution for popular education that is fully online and governed cooperatively by students, faculty, and staff. Popular education is politically conscious in that it recognizes oppressive structures in society. It aims at social transformation through the self-empowerment of people who are socially marginalized, or who are not sufficiently served by established academic institutions. Our collaborative structure, in which student-owners and faculty-owners co-create our curriculum, as well as teach and learn from each other, is rooted in these principles. Popular education originates in many parts of the globe. The faculty owners at the Cooperative New School draw inspiration from pedagogical approaches articulated by among others Paulo Freire, bell hooks, and Myles Horton.

The purpose of this institution is to prepare activists, organizers, and social entrepreneurs to survive and fight back in a rapidly changing world. Scientific consensus is that dramatic environmental change is not only inevitable but already happening. Fires with increasing intensity, strong storms and longer duration of storm season, dead zones in oceans, rising sea levels, just to name a few are going to be increasingly common. The next steps are adaptation and mitigation, in a word, survival. We believe that dealing with environmental change and catastrophe will begin in local communities with basic skills, skills which have been lost in the Industrial Age. Growing food is one of the basic skills that The Cooperative New School’s courses focus on.

The James and Grace Lee Boggs Center to Nurture Community Leadership. Detroiters are not lying down. There are over 1,200 community gardens within the City of Detroit. We visited one on a bus tour (in Rick’s bus) organized by the James and Grace Lee Boggs Center. During this tour we heard a history of Detroit and learned of many of its heroes along with the many steps Detroiters are taking to regain agency over their own lives. The Boggs Center does all kinds of work empowering the victims of Detroit’s abandonment.

From the Boggs Center website: “Our mission is to nurture the transformational leadership capacities of individuals and organizations committed to creating productive, sustainable, ecologically responsible, and just communities. Through local, national and international networks of activists, artists and intellectuals we foster new ways of living, being and thinking to face the challenges of the 21st century.”

Disaster Art—The Heidelberg Project. Detroit is also the home of one of the craziest and most amazing art exhibits I’ve ever seen—the Heidelberg Project, headed by an artist named Tyree Guyton. I can’t begin to do it justice with a description, so I suggest you go to Google Earth and type “3679 Heidelberg St., Detroit MI, 48207” Then go to Street View and cruise around the block a couple of times. The project takes up an entire city block and portions of surrounding blocks as well. Even Street View is absolutely nothing like actually walking around in the middle of it, but you can get the general idea.

From the HP website: Guyton systematically re-arranged the existing landscape on Heidelberg Street by incorporating found objects, the street, the trees, the sidewalks, abandoned houses, vacant lots, nature and even the people! Residents who would never visit the Detroit Institute of Arts or the Detroit Symphony Orchestra have become educated about art and participate in HP programs, festivals and forums. We provide modest jobs and an outdoor space in which members of the community can come together to reflect, play, create and interact with people from around the world. This practice builds a sense of self-worth and pride.