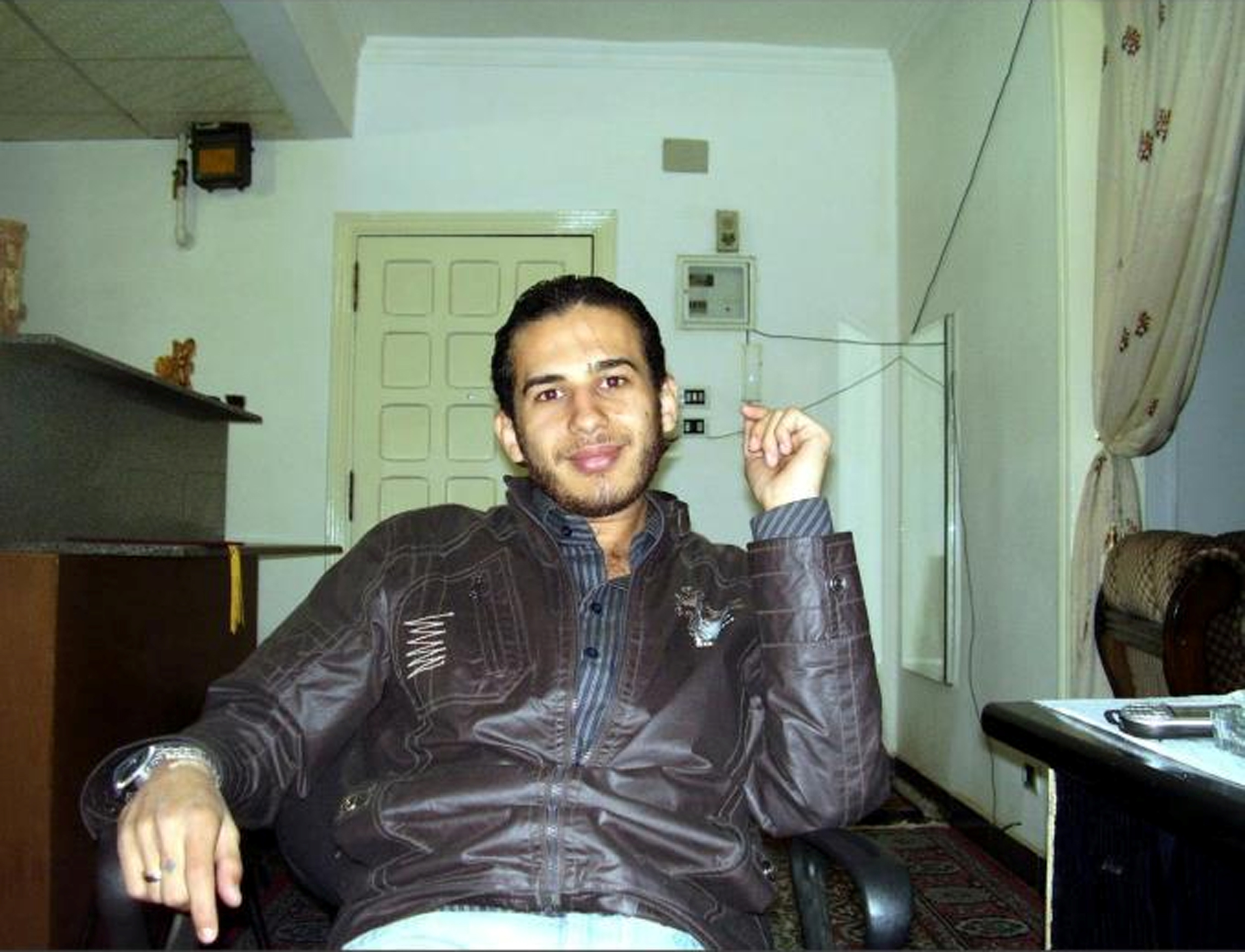 Who is Alber Saber Ayad? : “Freedom of belief” is at risk in post-Mubarak Egypt

It was an event that was completely unexpected, but at the same time entirely anticipated. On the night of September 13 a large mob of angry Muslims gathered outside of the home of 27-year-old Egyptian college student Alber Saber Ayad. Relentless and flirting with violence, the mob arrived high off their righteousness. Cries of “Allah Akbar” were shouted out as they demanded that Saber come outside to face both them and Allah. When he refused they attempted to bust the front door down. Naturally, Saber’s mother came to her son’s defense and immediately called the Egyptian police to disperse the crowd. However, upon arrival the police did no such thing. Instead, they arrested Saber and charged him with the crime of insulting an Abrahamic faith. In the end, the mob left on their own terms—cheering Saber’s arrest, and more or less satisfied with the outcome—while Saber’s mother struggled to find ways to free her son from the drab cumbersome complexities of the Egyptian penal system.

It is rare for a single person, much less a college student with no notoriety outside a few internet followers, to inspire such wrath in others and the state. For this reason it is worth asking: who is Alber Saber Ayad? And why is his arrest so important? Initially the answer appears quite mundane. By most measures Alber Saber Ayad is a fairly average Egyptian. Like many of his peers, he has been swept up in the courageous activism of the Egyptian revolution. At the time of his arrest he was just a few credits shy of graduating from college with a degree in computer science, and—like most people his age interested in computers—he spent most of his time on the internet visiting social networking sites and blogging about Egyptian politics. However, Saber did have one characteristic about him that made him unique in Egypt—even among his peers. Alber Saber Ayad is an atheist—and in a country where religious tensions are high and mixed explosively with politics, Saber’s atheism has made him a target for both grassroots religious extremists and the state. For this reason the deeper implications of his arrest pulls back the curtain on some of the more startling aspects of Egypt’s post-Mubarak transition, and the incompleteness of its revolution under the political dominance of the Muslim Brotherhood.

Troubles began for Saber soon after the trailer for the controversial film The Innocence of Muslims hit the Arab world. In an environment where religious passions and political rebellions go hand-and-hand it was only a matter of time before an outspoken atheist like Saber became a target of someone’s rage. As the protests against the video moved from Libya to Egypt rumors started to circulate about Saber character. According to Saber’s accusers not only did he post The Innocence of Muslims on an atheist Facebook page, but he also made disparaging comments about Muslims and the Prophet over the internet, and publicly ripped up a copy of the Quran. These accusations are denied by Saber’s lawyers—but the facts are of little significance to those who have cheered the case against Saber. For many, the accusations—though factually wrong—are merely colorful extensions of far more important reasons to arrest Alber Saber Ayad. First, like the films creator Saber’s heritage is Coptic Christian—a religious minority traditionally at odds with Egypt’s Muslim majority. Second, even though Saber denies posting The Innocence of Muslims, his legal team freely admits that Saber did post a homemade video entitled “Why Did God Create Man?” which did question the legitimacy of religious leaders and calls into question the Islamic faith. For the zealous in Egypt, the “false” facts are of little significance to Saber’s case, because the “true” facts about him are just as damning.

This bigoted suspicion against Saber makes it impossible for many Egyptians to see him for who he truly is. Unlike the creator of The Innocence of Muslims—who was revealed to be a fraudster who created the film as a form of partisan religious hatred—Saber is genuinely ecumenical and recognized as having friends from multiple faiths. His atheism springs from a sincere doubt on the existence of a divine creator, not a fanatical hatred of religious believers. His ongoing ruminations on the value of religious leaders or the existence of God could hardly be construed as fostering the religious extremism that Egyptian law is supposedly intended to prohibit.

Unfortunately this type of nuance thinking about Saber and his atheism is far from common. The hatred and angst against him is widespread—inflicting extremists and “moderates,” the powerful and the downtrodden alike. Soon after his arrest, a police officer at the El Marg prison openly incited other detainees to attack Saber by spreading news that he had insulted the prophet. Not surprisingly, this event led to Saber being beaten by fellow inmates—with one inmate cutting him with a razor blade across the neck, and others forcing him to stand upright an entire night. His lawyers have petitioned the state to take greater measure to guarantee Saber’s safety—along with the safety of his mother who has had to flee her home due to continuous death threats—but so far these acts have been to little avail.

Saber’s mistreatment is aggravated by the blatant double standard in which the law against him has been applied. On the same day that Saber was arrested Egyptian authorities announced that charges would be filed against the ultraconservative Islamist activist Ahmed Mohammed Abdullah. Abdullah—who is likened to the Glenn Beck of Egypt—had not only aired clips of The Innocence of Muslims on his TV show, but also tore up a Bible at a demonstration outside of the US Embassy in Cairo and told the news media that next time he would urinate on the book. Unlike Saber—who was denied bail after his arrest and remained in police custody at a secret location for two weeks—Abdullah was released soon after his arrest. If charged at all, it is likely Abdullah will receive a light sentence—a token slap on the wrist so that the Egyptian state can give an appearance of impartiality. Saber on the other hand faces the maximum penalty for his crimes: up to five years in prison and a fine 500 Egyptian pounds.

Among Egypt’s more secular and liberal population the case against Saber is understood for what it is: a form of religious persecution intended to silence a viewpoint critical of Islam. For that reason the case of Alber Saber Ayad stands out as a possible ugly harbinger of what is to come from the flowering of Islamic politics with Mubarak’s downfall. Though Saber’s case is one of the more dramatic attacks of freedom of conscience in Egypt—it is by no means the only one. Prosecutions for blasphemy laws have become more common after the Muslim Brotherhood won the majority of seats in Egypt’s new parliament. Since the airing of “The Innocence of Muslims” seventeen blasphemy related cases have been brought before the prosecutor’s office. These include the arrest of a graffiti artist accused of insulting the Prophet in one of his paintings, and a pair of nine and ten year old kids accused of defacing a Quran. And, if the Islamists manage to hold onto power these prosecutions will likely worsen. Article 8 of Egypt’s 1971 Constitution states: “Freedom of belief is absolute, and religious rights are practiced.” In a new draft to the Constitution supported by the Islamists the phrase “if not in contradiction with public order” is added to the Article; under the alchemy of political Islam Article 8 transforms from a section of the Egyptian Constitution that protects religious freedom to one that could be easily used to curb it.

Awareness and support for Saber’s case is still anemic in Egypt, but that does not mean that the cause for freedom of conscience after Mubarak has been defeated. A handful of human rights organizations have come to his defense, and organized secular and liberal forces have begun to seriously challenge the rule of the Muslim Brotherhood. The most dramatic confrontation to date has been the October 12 demonstrations in Tahrir Square where secular protestors—frustrated at failed promises of the Islamists—violently clashed with Muslim Brotherhood supporters. It is impossible to know where these events will take Egypt, but it should be obvious to all that despite the fact that Egypt is no longer a dictatorship, it has yet to become a democracy.

Marco Rosaire Rossi is a graduate of the University for Peace in Costa Rica, and a former resident of Olympia.

Next:
The Failure of Accountability in the Approval of a Proposed…