Where is the outrage about domestic abuse?

Some forms of violence are more visible than others

Another unarmed black man was killed at the hands of police last month. Marchers took to the streets, fists in air. The mother and father of the victim cried on TV. And countless other parents of black and brown bodies shuddered at the thought of this crime visiting upon their sons’ heads someday. 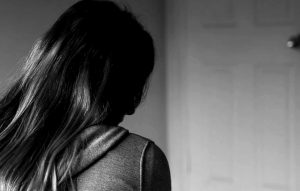 Folks around the country are incensed about these killings, and I too am outraged. Law enforcement sworn to uphold the law and protect all citizens, use deadly force in unjustifiable ways and take life too often. We know this thanks to cell footage and body cameras. Even when law enforcement is aware there are witnesses, the urge to maim wins out. This open display of violence is an example of privilege. Individuals in our society that have had the full weight of the system behind them (courts, law enforcement, public opinion, laws, and policy) have not been held accountable because they haven’t had to be. We are Appalled. Exhausted. Enraged. Grief-stricken. And we should be.

In Washington state, two women that I don’t personally know were murdered too, but by intimate male partners. A reasonable person can assume the abuse didn’t start with these crimes but instead ended with them. What did these women have to endure. How often, and how long before their batterers orchestrated their final deeds?

Where is the outrage for these women? Where is their march? Where are shouts for justice reform? Where are the tears? Where is the mass organized effort to stop these murders? Do we lack a concerted community effort because women are the victims—or because the crimes are committed out of sight? Or both? There is no evidence except blackened arms and bruised ribs and dead bodies.

Do these women come home to punches instead of cups of tea or glasses of wine? Imagine what survivors’ lives are like. A batterer is a batterer all of the time, not just when he’s hitting you.

Intimate partner violence steals life bit by bit until there’s nothing left to take. My mom was battered physically, emotionally, mentally, and financially again and again. Her life was taken a little at a time; in the way she cried, stood with her arms across her body, in her voice, and in her inability to fight the misinformation coming from her husband who told her she was stupid and worthless. Over time, dignity and sanity faded too, never to fully return—even after she left.

Three of my aunts suffered domestic violence as well, and they are the ones that I know about. When I look at pictures of them in their early 20s, they are full of vitality and exciting futures, their eyes lit with promise. As time passed, those bright futures became distant yesterdays. They grew to have dark eyes without hope.

Our shared language needs to change from “Why doesn’t she leave?” to “Why does he batter?” The onus must be on the one abusing. Remember, a batterer is a batterer all the time. Even on days he doesn’t hit.

Crimes committed against female bodies accompany a narrative that blames the women. We would never blame a victim of robbery; it would be absurd. “Why did you take your money out of the bank? Why did you go to that bank in the first place? You must have been asking or even begging for the suspect to rob you!”

I am not an essentialist. I don’t know why men commit this crime at far higher rates than women. It could be biology or socialization or both. What I do know are the hard, cold facts, readily available through a number of resources.

I have witnessed men have the capacity to be loving, to be kind, to share, to protect, to love with equity. My father-in-law and brothers-in-law are some of the kindest men I know. They parent their children with genuine desire to provide the most loving household possible. And they love their wives too.

Mindy Stokes moved to Olympia from Oregon last year with her wife and daughter. She has been a high school instructor, directed college programs for students living with domestic violence, and currently works at Labor and Industries as an organizational change instructor. She writes, “Much of my craft centers on the violence committed against women because it is my lived experience. This violence has driven me to speak painstakingly and publicly about its effect on me, my family, my community, and the world. The things I write will not be easy to read, but I do so with love for the reader, because I want humans to treat one another better; ourselves better. And the only way to do this is to be honest about who we are.” 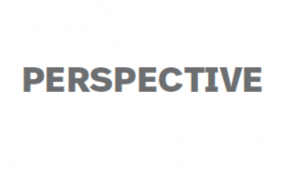