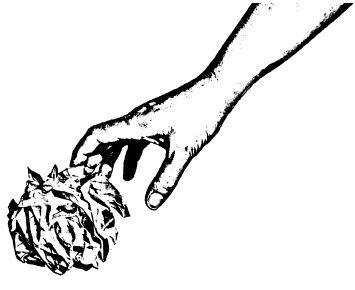 When a good thing isn’t enough: responses to inequality

Last month, I had the opportunity to visit a community college near San Francisco that is implementing a Spark Point Center on campus, a centralized hub where low-income students can access core services aimed at helping them achieve financial stability. The underlying assumption is that if low-income students have more financial stability, they are more likely to complete degrees or certificates. This, in turn, is linked to further economic mobility. According the U.S. Bureau of Labor statistics, in 2014, the unemployment rate for people with associates’ degrees was 4.5% nationally, compared with 6% for high school graduates. Median monthly income for high school graduates was $668/month; for people with an associate’s degree, it was $792 a month.

In the community-based version of this program, developed by the Center for Working Families (CWF) with support from the Annie E. Casey Foundation eight years ago, clients received support in three areas: employment, finances, and income. The idea was that for low-income families, concerns about jobs (or lack thereof), wages, debts, bills and any possible future overlap, merge, and too often leave people not knowing where or how to begin to change their situation. The CWF approach “bundled” support for clients, providing job coaching, financial coaching (and access to low-cost financial products like second chance checking accounts), and income support—including assistance accessing public benefits and tax credits, and matched saving accounts. The approach worked. Families that received bundled services were able to increase their annual incomes.

As the CWF approach spreads to campuses, the three central areas of activity continue to be education and employment services; work and income supports (including access to public benefits, emergency fund, and food assistance); and financial and asset building services. Colleges are also encouraged to work with community partners to enrich the range of services that can be provided to students.

At Cañada, I got to see the well-stocked campus food bank, with large stainless steel coolers provided by Second Harvest. I also met a representative from United Way of the Bay Area, the group that sponsors the Spark Point program. They have set a goal of reducing poverty in the Bay Area by half by 2020. Establishing Spark Point Centers throughout the Bay Area is one of their strategies, and of the eleven centers that have been started, two are on community college campuses.

Spark Point Centersare designed to provide one-stop support for clients, helping them: manage their credit and address debt; increase income, including accessing public benefits and finding better jobs; and building savings and assets, including establishing matched savings accounts where every dollar contributed by the client is matched by a dollar (or two or three) from another source. These matched savings accounts, or “individual development accounts”, are an effective, but expensive, means of helping low-income individuals build wealth. There aren’t enough of them.

Because of United Way’s commitment, Cañada College has a head start in implementing the WFSN strategy on campus. They just opened their Spark Point Center this spring—and eleven students so far have received financial coaching. The task of persuading the rest of the campus to embrace this wider vision of student support remains, but they will likely succeed. Everyone I spoke with expressed pride in the new center, and in the campus commitment to supporting students.

A Response to Inequality

The WFSN strategy is a response to inequality—it takes inequality as its starting point, and then works to help individual students escape their circumstances through job training, credit counseling, matched savings accounts, and food and public benefits support. But even if the campus could muster up the resources to provide a thousand students a year with those services, the causes of inequality would remain. As critical as the need to help individuals and families escape the worst effects of inequality, it’s not enough. We also need a sharper focus on how to address the root causes.

“Inequality is a choice,” argues Nicholas Kristof, in a recent column in the New York Times—a state of being chosen and reinforced by decisions made particularly at the federal level. Kristof frames his discussion of inequality as a choice with two vignettes: the 2014 year end Wall Street bonus pool, the sum of which was twice the sum earned in total by everyone who was working full time last year at the federal minimum wage; and the eruptions in Baltimore catalyzed by the murder of Freddie Gray at the hands of Baltimore police in April 2015. People are frustrated.

Inequality—like droughts and rising temperatures and ocean acidification—is happening. And, as with climate change, inequality will keep “happening” until significant policy shifts are made. If you eliminate all the air-time for hand wringing, the substance of the current mainstream proposals to address the causes of inequality have as much gravitas as do plans to combat climate change by simply picking up litter.

Senator Bernie Sanders, who is running for the Democratic presidential nomination as a Democratic Socialist, points out that in 1952, approximately 32% of the revenue collected by the federal government came from corporations. Today, corporations contribute just below 10%, even though their profits have skyrocketed. That must change. One step in that direction is to raise the minimum wage: Sanders supports raising the federal minimum wage to $15.

As part of his presidential campaign platform, Sanders is proposing policies to raise revenue: stop corporations from using off-shore tax shelters, tax financial transactions (a version of the Robin Hood tax—see robinhoodtax.org for more information), tax income from capital gains and dividends at the same rate as income from work, repeal all the Bush-era tax cuts for families earning more than $250,000 annually, and end subsidies and tax breaks for oil, coal and gas companies.

Sanders also argues that we need to enact policies to reduce military spending, in particular Pentagon waste. He points out that by 2019, the wars in Afghanistan and Iraq and the Bush tax cuts will, taken together, make up half the national debt, estimated to be about 17 trillion.

No one I know who may support Hillary Clinton’s run for president would oppose the WFSN strategy on campuses. It’s a solidly liberal program, aimed at alleviating suffering. And if it were implemented in full, so every student who needed a matched saving account, and a better job, and better credit, got them, I would be the first to applaud.

It won’t work like that, however. Current policies prevent widespread versions of a more equitable distribution of resources and opportunities. We have yet to push the national discourse to a place where a Democratic Socialist candidate, who advocates reductions in military spending and increases in corporate taxes, and promises to take on the “billionaire class” is “normal” and not a radical outlier. All the available empirical evidence points to the soundness of both the WFSN strategy and Sanders’ budget proposals, assuming we hold ourselves responsible for each other’s well-being. As much as leaders in higher education and foundations and non-profits are championing the WFSN strategy, so too should they (and we all) be advocating for the policies Sanders puts forth.

In the short run, locally, given high numbers of low-income students at both South Puget Sound and Evergreen, we should start exploring campus/community partnerships. Even while we work to change our national policy choices, let’s also find ways to help college students in our community achieve financial stability.

Next:
Ominous Tuesday Those inclined to keep track of the calendar…