When a 13% return isn’t enough

The City Council offers exemptions from property taxes for developers who build “market rate” housing downtown. According to their Downtown Strategy (DTS), market conditions present a few years ago would produce a return of [only] 13%, while “entrepreneurial developers” wanted at least 15%. The 8-year exemption from tax on residential elements brought returns into the 18% range. The four developers whose projects are shown in the photo above were all awarded the 8-year break.

However, the tax break is not the only help provided to developers who build market rate housing downtown. The City Council has approved additional expenditures to “enhance the desirability of downtown and the feasibility of development.” These include a reduced contribution to impact fees, exemption from environmental review under SEPA, street improvements customized for developers among other things.

During development of the Downtown Strategy, some participants observed that promoting new market rate housing downtown could result in displacement of lower income residents. The City’s report acknowledged that older downtown apartments “are especially at risk of being lost as affordable units because the rents could increase as the market goes up.”

In fact, the Downtown Strategy said that “income data suggests that subsidized and lower cost housing is important and that as Downtown continues to grow, these residential options should be expanded.”

That’s not what’s happening. The Council has presided over the loss of affordable units as older buildings close to be renovated for rent at market rates. Based on a 2015 inventory, about 57% of downtown residences were subsidized or low-cost units while 38% of dwelling units were “market rate, plus 5% “live aboard.” The options for lower-income renters have diminished quickly. In 2017, the figures were 43% low cost housing units vs 57% market rate units. In 2018, low cost units continued to fall—42% vs 58% market rate. The homeless population continued to rise.

Yet filling the downtown with seven-story, mixed-use apartment buildings by filling the pockets of developers might turn out to have been a very bad idea in the era of cascading crises, entrenched inequality and climate disruption.

Bethany Weidner has been a renter, mortgagee and landlord.

Check out this book: 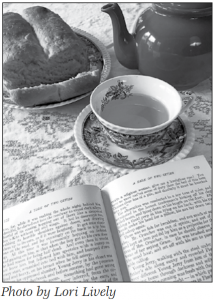