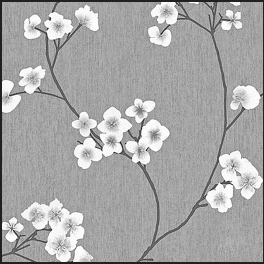 Walt Whitman, Orlando, and the dance for poetic justice

For twenty-four years in a side yard in bucolic Ashfield, MA, my friend Jan Freeman has held a sacred ritual on the 4th of July outside her home, which also serves as the headquarters for Paris Press, a homegrown publishing mecca she founded for the sole purpose of putting and keeping Muriel Rukeyser’s 1949 manifesta, The Life of Poetry, back in print.  People gather in the early morning before the heat of the 4th gets too brutal in New England, break bagels together, and circle up for a reading of Walt Whitman’s epic poem “Song of Myself” first published in 1855 as the signature poem in his now canonical collection Leaves of Grass.

Jan always begins by having the group introduce themselves and their various affiliations with the world. It is an intergenerational gathering of people from all walks of life in space and time.  I usually travel there after a transcontinental flight from Olympia to meet up with my mother in Connecticut, and together we make the two-hour drive north in the early morning for a full day of poetic inspiration.

Generations of poets and friends in different configurations over the years add to the dimension that Whitman’s poem itself displays.   I meet up with other friends and mentors I’ve had the good fortune to accumulate like charms on a bracelet over the years.  Liz Ahl, one of my dear friends and now collaborator, from my MFA program in Boston and my PhD in Nebraska; Robin Becker, whose work inspired me to write openly as a lesbian; Kate Flaherty, another sacred friend originally from New Hampshire and currently residing there, but whom I met in Nebraska; Jeff Oaks, a dear poet friend from Pittsburgh.

Because Jan has held true to this ritual for twenty-four years, the group also has grappled with the changes in configuration of voices due to the untimely deaths of a number of regulars, transforming the ritual from a tribute to Whitman’s vision for a democratic coming together of all people to a sacred memorial.  We invoke the spirits of those we’ve found and lost on our travels, and we make new friends to look forward to seeing annually.  In the circle are current, future, and ex-lovers, parents and children,  teachers and mentors, community leaders, and friends.

This collective endeavor of voices alternating passages in a lyrical round takes about two hours to complete.  Jan reminds us of the sacred nature of poetry.  She encourages us to pay attention to our collective and individual alchemy born from whatever passages we are called to read when we play this game of poetic musical chairs.

I began writing this essay before Orlando, before the pulse of a machine gun that should be in no one hands, cut the legs and life out from under forty-nine too young people, many Puerto Rican, Latinx, and most likely members of the LGBTQ tribes, and injured irrevocably scores more.

The early morning of June 12 rang out in terror the likes of what we have seen on our various screens from 9/11, the plane tearing through the towers in the commuter light over Manhattan.  But September 11 and June 12 were not, unfortunately, our humanity’s worst hours.  They join an all-too-long chain of atrocities against the human spirit.  Our country was founded on this type of bloodshed on the plains, in the mountains, and the deserts of this continent with the erasure of its native people. The rise of capitalism was built on the backs of lives stolen from the shores of Africa.  Our civil liberties were silenced under the gun fire at Kent State, the bullets that took Malcolm X, JFK, and Martin Luther King, Jr., the struggle for labor rights in Centraila with the Wobblies. In 1925, in Greenwood, Oklahoma, supremacists burned down one of the most affluent of our African-American communities in our nation’s history. Ropes around necks have been too strong for the innocent to resist. The death penalty takes without reciprocating justice. Leonard Peltier remains in a prison in Leavenworth, Kansas, for not shooting an FBI agent on the Pine Ridge Reservation in 1973.

“Song of Myself” is a clarion call for equity in a country that strives blindly for something it names democracy in the pursuit of happiness, but rarely embodies.  Whitman begins the poem with three lines that have come to identify his vision and voice: “I celebrate myself, and sing myself./And what I assume you shall assume,/For every atom belonging to me as good belongs to you.” His “you” powers the poem with a litany of peoples and occupations and experiences that span the terrains of America as well as the intentions of the soul. His litany travels through day and night, work and play, love and sorrows. He speaks of love between men and women as well as between men.

As a nurse in the American Civil War, he tended to the wounded on the battlefield and spoke of his love of those men, in words and flesh. He documented all he dared to live.  Each dance, each open shirt collar bearing skin that he longed to touch with his lips, each kiss—all of it, and much, much more inhabits the 1,346 lines of his epic poetic quest. And when Whitman finally arrived at his final publication of the collection, this draft concludes with a nod to his own death, “[t]he last scud of day holds back for me, . . . I stop somewhere waiting for you.”

Whitman’s is an ecstatic leap of faith into the unknown, into the abyss of the future, into the realms of what he could not know and could not name. His lines embody all possibilities with little context of what would come after.  If living today, Whitman would understand Orlando as an sanctuary for earthly pleasures and revel in them then turn his witness to revile the dreams shattered by an unfathomable rupture against humanity.

Whitman published nine editions of Leaves of Grass during the course of his remarkable life of letters. The final edition appeared in 1892 as revision was what he demanded of himself and of his country. Over a century later, in all of its glory, Whitman’s “Song of Myself” implores each of us to join in his quest to live and to love, as well as to grieve, with the full capacity of our different bodies in every city we now recognize as Orlando.

Sandra Yannone is a poet, educator, and antique dealer in Olympia.  She is a Member of the Faculty and Director of the Writing Center at The Evergreen State College.