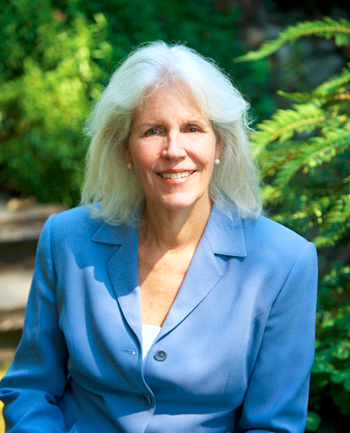 In November, the citizens of Thurston County will be given the opportunity to voice their concerns and select a new direction for the Port of Olympia. On the ballot will be the option of choosing someone with a different perspective on how the Port should operate. Sue Gunn is stepping up to offer her experience to serve our community and to facilitate a new vision for the Port of Olympia. While the Port is perhaps seen by most of us as simply a large organization in the business of moving logs to foreign countries (mostly Japan, China and South Korea) and moving hydraulic fracking supplies to the oil and gas fields of North Dakota, what Sue wants us to realize is the potential the Port has to contribute to our community’s economic wellbeing, and enhance our collective lives.

The Port of Olympia has four operations: Swantown Marina, the Olympia Airport, the Marine Terminal, and a leasing operation. Sue has lived in the area for eight years and has noticed  the Port focuses much of its efforts on the Marine Terminal and is reliant on an older, extraction-form of economics. She acknowledges that the Port’s mission is economic development, but believes it should be more than moving cargo around—it’s about helping local businesses grow. One of her goals is to “bring the Port into the 21st century,” and that includes environmentally-friendly operations, operating in the black, reducing the taxpayers’ burden, and creating a vibrant, local economy.

In an interview with me recently, Sue pointed out that the Port is financially running “in the red” and that our local taxes create the illusion they’re operating “in the black.”   In 2012 the Port lost $1.4 million but brought in $4.7 million in tax dollars. “If the Port of Olympia were a business,” she says on her website (www.oly-wa.us/SueGunn), “ it would be out of business.”

To clarify she adds, “The Port has a long history of bad business decisions. First they bought the big cranes to serve one shipping company. They didn’t get a long-term guaranteed contract, but they hoped it would pay off. That shipping company left, and now the cranes sit unused.” (One of them is currently up for sale as scrap metal, I recently learned at a Port tour.) “Then they built a refrigerated warehouse, and hoped it would pay off. But it hasn’t. And now they are borrowing more money—$23.1 million more—to build among other things, a new warehouse at the Marine Terminal. They have no guaranteed contract for its use…but they are hoping it will pay off.”

The Port recently passed a $23 million bond that Sue suggests “will keep our taxes up for years to come.”  Some of the items the bond covers are: a stormwater treatment plant to collect debris and contaminants from Weyerhaeuser’s bark- cleaning process, dredging the channel, a new warehouse, and maintenance for the airport.  She believes private companies should contribute more for the services they require at the port as opposed to having taxpayers subsidize their operations.

If elected, Sue Gunn would like to redo the Port’s strategic plan, and she would like to see the community, local governments, planning organizations, and private interests, all involved in that process. “They basically extended their old strategic plan and didn’t involve the community,” she said in my interview with her. I can see that she is headed in the direction of participatory democracy, hoping to engage the community in the process of running our Port. This can only happen, of course, if citizens are informed and educated on what is currently happening at the Port, and are given some of their own creative say in how business can grow and change to fit these economic times. “If ‘we the people’ don’t get involved in the decision-making process, we’re going to come up with the same old plan,” she added, pointing out that she would like to see more transparency and openness at the Port—she would like to see it “being a better neighbor to the community. That is one of the key elements of being in the 21st century,” she added, “because then the Port isn’t insulated in its relationships and it serves the public.”

Looking at how Port business decisions affect our local businesses, Sue told me that in many cases the Port competes with private businesses. “I talked to a lot of people with businesses around here (the area directly affected by the Marine Terminal) and I found that interesting, because I learned that the Port competes with private businesses.” One example she gave is the proposed fuel dock the Port is considering building near the Terminal.  She pointed out that if that happens, the owners of Boston Harbor and Zittel’s would be out of a significant portion of their sales. Other stories of this sort abound. The Farmer’s Market, for example, pays a rent to the Port that is not fixed. As proceeds increase at the Market, so too does their rent, making improvement and expansion projects almost impossible. The Port has even considered using the Market parking lot for log storage. “I don’t think the Port,” she said, “should be in the business of competing with businesses, but rather it should be creating an economic base so local businesses can flourish.”

So what are a couple of things she might suggest as possibilities for revising the Port’s strategic plan so that it could better achieve its mission of economic development? One offered was investing in local transportation infrastructure in a way that would better connect Tumwater, Lacey and Olympia so that people could leave their cars at home and easily get downtown. Another involved supporting local agriculture. The Port of Skagit, she told me, leases 33 acres of farmland as incubators for organic farms in the area. The Port of Toledo has a fund to loan to businesses in order for them to make efficiency upgrades. And then there is the Tumwater Brewery, a place she envisions with artist studios, shops, manufacturing, restaurants and a local brewery, maybe even low-income apartments. Gunn is sure there are many ways that communities and ports are currently working to become more economically viable. Researching that and having conversations with them, she is convinced, will go far in facilitating our own creative solutions.

In terms of the environment, Sue noted that the Port has talked of developing more land on the Port peninsula, but has no climate impact plan that takes into account rising sea levels.  She pointed out that they sought out and received a contract to bring in fracking materials, destined to be shipped by rail to North Dakota.  The hydraulic fracking process releases methane, a gas which is twenty times more effective than carbon dioxide in trapping heat.  It is apparent that a policy is needed to require that all cargo is environmentally sustainable. While the Port has taken small measures to show its awareness of environmental issues (solar collectors on the warehouse, bark clean-up in the log yard), others still stand in the sidelines.

Through her ten years of work in Washington DC, analyzing federal government budgets as Director of Budget and Appropriations for The Wilderness Society, Sue Gunn was able to watchdog the use of funds that were intended to protect America’s heritage of public lands.

As the Washington State Director for Public Employees for Environmental Responsibility, she worked, in coordination with the Washington Federation of State Employees, to secure the rights of public employees by expanding their whistle-blower protections.

Gunn also served as Director of the Washington Watershed Restoration Initiative, making strides toward restoring fish habitat, and in the process, helping to create hundreds of jobs in rural communities.

With all of this in her background, Gunn brings solid experience in how to wisely and economically protect, and at the same time, advance the economic development of our community.

Next:
C2C files formal complaint with the DOL to revoke guest…