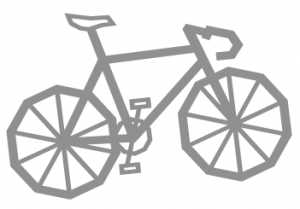 I suggest you take a look at the parks that Evergreen has completed in the past few years and your concerns will be no more. They train the volunteers well and

there are no issues with building trails in any location. They have helped fix hiking trails that have fallen into disrepair due to lack of or improper maintenance.
As with any group, there are those that can ruin it for others, but this is not the majority in any group and projects like this should not be shut down due to the concerns of a minority group. If that were to happen, nothing would ever get done, improved, or changed.

I am one of the park stewards Evonne mentioned in the article. Like Evonne, I was also stunned to find out about the extensive planning already occurring. Not only do I live in Ken Lake, but as the park steward I would expect that I would be contacted very early on in this process. I know the park very well and I am a mountain biker. It is not suitable for a mountain bike only park.

There are four issues that must be addressed before any development, regardless of trail type, can occur. These are the following: buffers around the wetlands, runoff into Westbrook and Ken lake, location of a parking area outside of Westbrook, and toilets. The first two issues preclude the development of trails “in any location” in the park.

Given some of the comments by mountain biking organizations that I have read, I have wondered whether they have been to the park. You can see these comments on the OPARD website. I suspect not.

FYI: This area, now a city park, has been used by people hiking and mountain biking from Westbrook and Ken Lake for decades.