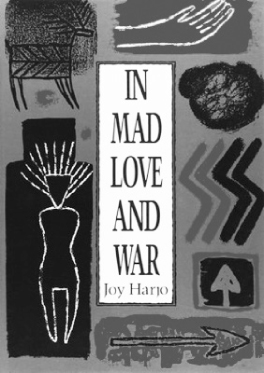 Twenty books of poetry that could save America

As I continue to move through the aftermath of this election cycle and as I anticipate a trip to Washington, D.C. in January the day after the inauguration to march with women and allies to protect women’s lives, I remain ever mindful of the power of poetry to ground and inspire me.

Two months ago I spent an afternoon in Wallingford at Open Books, one of only two poetry bookstores in the nation (The other is the Grolier Poetry Shop in Cambridge, MA.). As I was purchasing my too many must-have books, I turned around and saw one more: an oversized coffee-tablesque book, Of Poetry and Protest: From Emmett Till to Trayvon Martin. On faith, I added the book to my substantial pile without hesitation, and I have continued to walk around with this heavy book in my pack since.

On that same day, I also picked up a book of essays by poet Tony Hoagland, Twenty Poems that Could Save America and Other Essays (Graywolf Press 2014), a prophetic title that now resonates with today’s urgent need to keep visible the sheer power that poetry has to wake truths within our humanity and then act accordingly.

If Hoagland’s litany about poetry holds sway, then clearly we need poetry to be present daily. Taking our complex lives to the streets is a necessary form of protest for sure, but I believe that writing, reading, and sharing poems is an equally compelling way to be seen, to be heard, and to be healed.

In this spirit, I decided to take Hoagland’s call one-step further. I walked into my poetry room in my house and invited books to leap off the shelves into my open hands. In addition to his book, the following nineteen books signify immense capacity in their artistry, wisdom, and integrity to reach out to humanity without apology:

1) Of Poetry and Protest: from Emmett Till to Trayvon Martin,edited and compiled by Philip Cushway and Michael Warr (W.W. Norton 2016). Cushman and Warr curate an exhibit of contemporary poets, their life stories, their poems, and historical images to demonstrate what it means definitively to say that Black Lives Matter.

2) The Life of Poetry by Muriel Rukeyser (Paris Press 1996). Rukeyser’s 1949 series of essays delivered across the country contains the clearest answers about poetry’s signature necessity in American culture. My friend Jan Freeman created the press for the sole purpose of keeping Rukeyser’s tome in print. Paris Press now approaches its twenty-fifth anniversary of keeping its promise.

3) Women Write Resistance: poets resist gender violence, edited by Laura Madeline Wiseman (Hyacinth Girl Press 2013). In this climate of misogyny unleashed unabashedly during the presidential campaign, Wiseman’s introduction is reason enough to discover this book. Some of our most distinguished voices in poetry share the platform with women speaking out for the first time in print. The poems are raw, stunning, angry, exquisite, and vulnerable, and collectively this anthology could do more to change our rape culture than Jon Krakauer’s New York Times bestseller Missoula.

4) Troubling the Line: Trans and Genderqueer Poetry and Poetics, edited by T.C. Tolbert and Trace Peterson (Nightboat Books 2013). Tolbert and Peterson broke new ground and silences with the first-ever transgender poetry anthology. They also broke the usual mold by including multiple poems by each of the 55 poets as well as provocative “poetics statements” that embody the critical confluence of art and activism.

5) Beloved Community: The Sisterhood of Homeless Women in Poetry (Whit Press 2007). Seattle’s Whit Press partnered with The Women’s Housing, Equality, and Enhancement League (WHEEL) to create a compelling anthology about where the edges of home reside. The women housed here on the streets advocate, educate, and create opportunities for artistic expression against the odds. The collection is a fierce testament to women’s voices and their resiliency.

6) From the Cables of Genocide: Poems on Love and Hunger by Lorna Dee Cervantes (Arte Publico Press 1989) I will never forget the first time I read this book and insisted that it be included on my comprehensive poetry exam reading list. The litany of atrocities called out against the balance of intimacy altered my view of what poetry can accomplish. Olympia is beyond fortunate that Lorna Dee Cervantes has chosen to call Olympia home.

7) The World is Round by Nikky Finney (TriQuarterly Books/ Northwestern University Press 2011) When she won the National Book Award in 2011 for her collection Head Off & Split, Finney offered an acceptance speech of such integrity and empathy that it went viral. Her follow-up collection picks up a narrative of awe in the faces of American racism. I have not stopped reading “A Hero Ain’t Nothin’ but a Sandwich” since November 9th.

8) The New World by Suzanne Gardinier (Univ. of Pittsburgh Press 1993). Winner of the 1993 Associated Writing Programs Award Series for Poetry, Gardinier’s epic poem uses its inventive layered structure to generate a litany of themes that names America’s master narratives in their attempts to move from colonization to peace.

9) ZaatarDiva by Suheir Hammad (Rattapallax Press 2005). Hammad’s spoken-word poetry performances translate compellingly to the page. In the shadow of 9/11, Hammad’s singular voice as a Palhestinian American clangs out its call for liberation and justice for all. The book is also accompanied by a compact disc of Hammad performing her life-affirming poetry.

10) In Mad Love and War by Joy Harjo (Wesleyan University Press 1990). Whether prose poems or broken-lined lyrics, Harjo’s imagination illuminates a spirit of the soul and a soul of the spirit. Her poems are likely being read out loud into the prairie winds at Standing Rock as you read this.

11) What the Living Do by Marie Howe (W.W. Norton 1998). Howe’s title poem is a love-letter to her dead brother and to the strength that remembering yields. The collection already holds a prominent place in the poetry canon for its vernacular candor about the familial and its clarity during the AIDS crisis.

12) Borders by Pat Mora (Arte Publico Press 1986). Mora examines the full humanity of the multiple definitions of borders. She tears down a wall when she sees one, and she invokes a boundary when one is necessary for survival.

13) Reconnaissance by Carl Phillips (Farrar, Straus and Giroux 2015). Phillips uses his lyrical breath to question where truth resides in the quest for intimacy between men and to examine the moments when that trust breaks down. The book is a vast heartbreak, and Phillps continues to be one of the most original poets writing from a space of tender agony.

14) Trans by Hilda Raz (Wesleyan University Press 2001). Raz’s collection is as intimate a book about the power of language as it is about what binds family as she grapples with the transition of her daughter and converses with the emergence of her son.

15) The Dream of a Common Language: Poems 1974-1977 by Adrienne Rich (W.W. Norton 1978). Long considered a ground-breaker in lesbian feminist literature, Rich would welcome us invoking her poetry in these divisive times. The collection features her epic “Twenty-one Love Sonnets.”

16) Native Guard by Natasha Trethewey (Houghton Mifflin 2006). Tretheway’s Pulitizer-Prize winning collection takes us back to the Civil War to tell the stories of Black unit of soldiers that history left behind on and off the battlefields.

17) 31 Letters and 13 Dreams by Richard Hugo (W.W. Norton 1977). Recently brought back into print, Hugo’s collection juxtaposes epistolary poems written from a different town or city across America to a particular recipient between modest dreamscapes. The poems reveal the isolation of living in broken down communities struggling to survive in the wake of Vietnam and hopes for their revival. For one of the most poignant poems about war, peace, and reconciliation, read “Letter to Simic from Boulder.” Hugo grew up in White Center and is the namesake of Seattle’s legendary contemporary literary arts center, the Richard Hugo House.

18) Night Sky with Exit Wounds by Ocean Vuong (Copper Canyon Press 2016) Currently, Vuong’s book is the #1 best-seller of Asian-American Poetry. The citation of the 2016 Whiting Award said it best: “This original, sprightly wordsmith of tumbling pulsing phrases pushes poetry to a new level… Visceral, tender and lyrical, fleet and agile, these poems unflinchingly face the legacies of violence and cultural displacement but they also assume a position of wonder before the world.” I would add the word stunning.

19) Leaves of Grass by Walt Whitman (W.W. Norton) Leaves of Grass consumed Walt Whitman’s poetry career for the rest of his life. He continued to revise and self-publish edition after edition. In the introduction to his 1876 edition, Whitman reflected that “I have lived in fresh lands, inchoate, and in a revolutionary age, future-founding.” “Song of Myself” is a timeless litany to history and democracy in our present.

As we enter into the season of giving, think about gifting poetry to a beloved, including you. Go to any of our local or used bookstores to seek out these collections that offer the breadth of images and feelings in America and in the process discover some of your own to share.

Sandra Yannone is a poet, educator, and antique dealer in Olympia. She is a Member of the Faculty and Director of the Writing Center at The Evergreen State College.