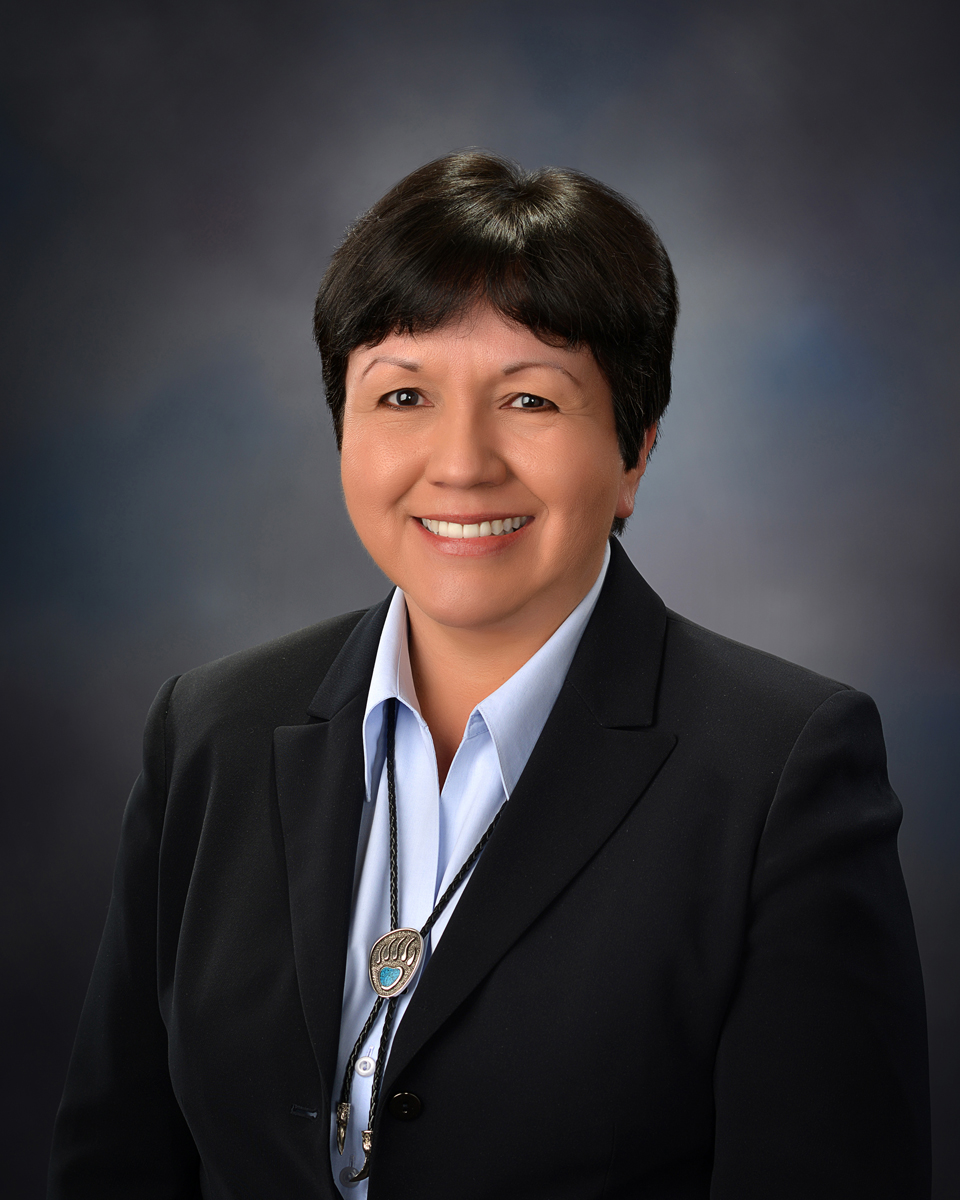 Tumwater has an opportunity to retain diversity on its city council

Kyle Taylor Lucas is running to retain her seat as a Council Member for the City of Tumwater. Having seven months ago been unanimously appointed to a vacant seat, she is now hoping to secure her Council position to continue her service.  Kyle brings a unique and much-needed perspective to her work with the Council, pointing out that she is the only American Indian woman serving on city council in the state of Washington and the only woman of color sitting on a local government in Thurston County. She points to most city councils as being quite homogenous with most lacking diversity of race, ethnicity, and class that would be truly representative of our growing diversity. “We need a broader diversity of representation sitting at the table,” she said. Considering the values of Native wise land stewardship along with her own unique life experiences that Kyle brings to the table, it would seem a positive shift in direction if more city councils included members who could offer different life experience and perspective.

Over a cup of tea, I asked Kyle what brought her to the Council position. “What inspires me to public service,” she told me, “is my deep commitment to earth stewardship inspired by my Native culture and traditions that I grew up with, as well as a lifelong commitment to social justice.”

Kyle’s first ten years of life were spent in logging camps in rural southeast Alaska, where her father, like many other native peoples, worked in the logging industry. “Being tied to the land, he was torn,” she said, “between his need to feed his family and his commitment to protecting the land.” For most native peoples, making a living on reservations is very difficult. Most must go where the jobs are and that means leaving the reservation for either urban or rural employment. In the case of Kyle’s family, that meant the remote logging camps of Alaska.  But it was here that she gained life lessons that she now offers to her community.  “We grew up living from the land,” she shared, “from the deer and elk dad hunted, and the salmon, shellfish, berries…” Her childhood was also one of “extreme adversity, abuse, and trauma.” Her family had no indoor plumbing or electricity until she was ten years of age. She said the life accompanying these camps together with the abuse and brutal racism experienced over her lifetime helped to shape, inform, and to make her who she is today. They motivated her, through social and human rights activism, and public service, to “advocate for a community that honors human dignity, cares for all people, wildlife, and the earth,” she said.

“I like to call myself both a Tulalip tribal citizen and a Tumwater citizen,” she shared, when asked about her native background. Her father’s people are the Tulalip Tribes whose reservation is located north of Everett. Her mother’s people are the Lytton and Cooks Ferry Indian Bands of the Nlaka’pamux Nation in B.C. Canada.

As Tribal Affairs Manager for the Department of Natural Resources in Olympia, WA, where Kyle was appointed to the executive teams of two Commissioners of Public Lands, Kyle worked to promote agency appreciation for tribal governance, history, and culture and to promote tribal understanding of the state’s regulatory and administrative limitations. She was praised for her ability to help overcome conflict, avoid litigation, and to create partnerships. Then serving the Tulalip Tribe as Government Affairs Manager, Kyle advocated tribal policy positions and served as a delegate to state and national tribal committees and commissions, mitigating for fisheries, wildlife, and cultural and archeological resources. Most recently, she was Executive Director to the Governor’s Office of Indian Affairs in Olympia, serving as the primary tribal policy adviser to the Governor, and primary liaison between state executive branch agencies and federally recognized tribes. Her work in the Governor’s office saw her interfacing with constituents on a variety of complex state and tribal policy issues, addressing: social and health services, law enforcement and courts, education, the environment, economic development, water policy and law, treaty fisheries, and natural and cultural resources.

Kyle said “In addition to my unique experience and perspectives as a woman of color, as an Indigenous woman, and coming from an impoverished socio-economic background, it is important to note that I also bring twenty years of successful public policy and executive experience—including management of large public budgets to my work with the Tumwater City Council.”

I asked her what issues the Council is currently facing that hold her attention.  She explained her belief that all city councils, these days, have the moral duty not only to take care of their traditional roles of “paving potholes and ensuring public safety and other essential services,” but to go beyond to address the bigger societal issues of our times: climate change, housing, the homeless, environmental sustainability, poverty, and the punitive approach our culture has developed to solve problems. She pointed out that when these integrated issues are addressed locally, each community can do its part in solving the bigger picture. She believes the Sustainable Thurston’s “Creating Places Preserving Spaces” sustainable development plan is a huge step in the right direction with its integrated, holistic, long-term approach which seeks to address the issues just mentioned. “Think globally, yet act locally,” seems to be very much a part of Kyle’s approach to wise community government.

Kyle said the significant lack of low-income housing in Thurston County is one of her primary areas of focus on the City Council. She pointed to two Thurston Regional Planning Council reports “Fair Housing Equity” and “Regional Housing Plan” of this year, each of which documents the dearth of low-income and affordable housing in our tri-city area. Kyle believes it is a human rights and social justice issue and is committed to addressing it. “Every citizen should have a roof over her or his head. It is unacceptable to me that more than 500 students in our high school population are homeless, that any child is homeless, yet we plan for and around it. We speak in numbers, statistics. I want to work to change this dynamic—the terrible, mean, acceptance of this as status quo.”

Kyle also offered the following statistic; due to the lack of adequate housing and job opportunities on Indian reservations, about 90% of America’s Indian population live in urban environments with few resources. Reflecting on the “Indian Boarding School Era,” she told me that like so many from that time, her mother was forcibly taken from her family and placed in a boarding school, ultimately affecting Kyle’s own childhood with the trauma of five foster homes. This breaking apart of families and undermining of language and culture contribute to the many challenges experienced by American Indians and is apparent on reservations across this country. “The boarding schools very much influenced what is happening today in Indian Country with much of the unresolved grief and trauma our people endured then.” What helped pull her out of these hardships in her own life? “I was blessed,” she said, “by those around me with great compassion and empathy, who inspired me to become an activist for social justice and human rights.”  This has motivated her to work, today, for “all people” in her community to create diverse and affordable housing.

Kyle’s tenure so far on the Council has given her the opportunity to address the issue of Adverse Childhood Experiences (ACE’s). These include, among others: neglect, physical and sexual abuse, alcohol and drugs, incarcerated parents and the witnessing of domestic violence. Thurston County, she pointed out, has the third highest number of ACE’s in the state. Relating back to her Native connections, she said that the tribes call this phenomenon “multigenerational unresolved grief and trauma” and that it “deprives us of reaching our full potential.”  As a Councilwoman, Kyle has been representing the City of Tumwater in public and private efforts to address this crisis by working with the Thurston Council on Children and Youth to identify community resources and create “resiliency” through the creation of personal and institutional support systems.

What does Kyle Taylor Lucas feel that she brings to the table that is unique? “At this time in our society and in our communities, when so many people are struggling, I relate to that struggle, coming from my unique ethnic, racial, and social background. I bring a passion for justice and a commitment to community.” It is apparent that her life experiences have shaped her perspective, one that is unlike anyone currently on or running for this Tumwater City Council position. It is a perspective that brings with it a clear sense of empathy and humanity to her process of policy-making.

Next:
The Community Sustaining Fund of Thurston County is pleased to…