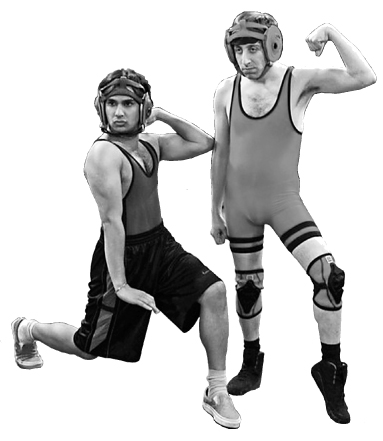 Toward a new view of masculinity: an axe and a myth

On a cool, clear Saturday morning I was chopping wood. Chips and splinters sprayed as a neighbor peered over my fence in greeting. I welcomed him with dirt speckled face, an axe over my shoulder. He looked around; seeing the pile of split timber and my sweaty brow he congratulated me on the “man’s work.” I smiled with pride, initially unaware that he wasn’t congratulating me for hard work, but for my maleness—he was reveling in it.

My neighbor was well intentioned, but our idea of masculinity has been circumscribed by a false ideological construction. I wondered if he would have congratulated me on the laundry, dusting, and dishes that were started before the chore of “being a man.” I don’t blame him for this, but rather American society’s gender assumptions.

June is “Men’s Health Month,” a time when we are to look inward, contemplating prostate cancer, our testes, or sports related injuries. But being a healthy male should mean more than treating the concussions we received while playing football—it should be about treating the assumption that a healthy man should play football.

The “dominant man” is defined as being aggressive, physically strong, self-determining, and emotionally reserved. The recent film John Wick, epitomizes this narrative. The plot follows a skilled assassin who (like James Bond, Jason Bourne, Beatrix Kiddo, and many others) is a one–man army, an unstoppable force. In the film, Wick avenges his dog’s death and the theft of his vehicle by not merely killing, but methodically murdering countless men. His emotional release isn’t through tears or mourning – his sordid catharsis is found through brutal “manliness.”

Popular American film often represents a restrictive ideal of masculinity, and there are many other forms of media that perpetuate the myth (theartofmanliness.com, men’s magazines, body spray advertisements, the News, etc.). Indeed, there are many films, actors, and public commentators who challenge this stereotype, but the problem is that the myth still exists, is propagated, widely ignored, and effects modern society.

In 2011, the United States Department of Justice released statics showing that males comprised 90.5% of homicide offenders. Some would argue that this is the nature of men—that we are born violent—but we are not. There are many men in my life and in history who show compassion, a commitment to solidarity and community, and have emotional awareness. Men must be allowed to express communicatively—not through aggression.

American sentiment persuades a belief that the male character is defined as predatory, powerful and violent – figures to be idolized. This construction has created emotional problems, has influenced violence, and perpetuated feelings of inadequacy among men. The myth of manliness is a collective issue; it bolsters the fallacy that sex is relegated to arrangements of power in society.

R.W. Connell defined “hegemonic masculinity” as a hierarchical positioning of sex according to male gender roles. Her argument suggests that by believing the ideal man is naturally violent and dominant, anyone defined as “other” is subordinated and innately less valuable.

A man who performs ballet, a man who cries, a man who doesn’t watch sports, a man who doesn’t fight, or is a stay-at-home dad, are examples of what might be considered “effeminate,” less than the ideal man. By negatively describing them as being “girly,” hegemonic masculinity simultaneously diminishes the value of some men and all women.

Gender hierarchies and stereotype reinforcement is imbedded in our culture. Television networks and shows frequently perpetuate the fallacy of the “ideal” man or woman. CW’s Arrow, FX’s Sons of Anarchy, ABC’s Modern Family, and many other popular shows portray their characters according to the stereotypes associated with masculinity and femininity. The Big Bang Theory, 2014’s number one television comedy, is a show that intentionally, frequently, and effectively reverses gender norms to elicit humor. It relies on the audience’s implicit understanding of assumed sexual categorization. While the comedic reversal of culturally accepted gender demonstrates the existence of the myth it also helps create a method that allows a new definition.

Redefining gender roles portrayed in mainstream media reinvents the ideological construction of gender, but it’s not enough. Through our voices, and by our actions, we can influence ideology, working together to eliminate assumptions about sex. Our society will become equally represented when everyone stands against the fallacies of gender and abrogates its ideological roles and hierarchies.

Keith lives and works in Olympia. He is currently completing an undergraduate degree at the Evergreen State College, and is passionate about sociocultural issues and change.