In the past two months, the City of Olympia has conducted sweeps of most of downtown Olympia’s homeless encampments. Some dislocated residents moved to the city-sanctioned camp but many were forced to the peripheries of downtown or other parts of Olympia, far from vital services and resources. Immediately following the eviction of the Smart Lot camp, Olympia Police Dept. officers have reportedly intensified efforts to intimidate and harass homeless people on sidewalks in an apparent attempt to expel them from downtown.

These aggressive anti-homeless practices create the conditions in which gentrification can proceed. In an era of real estate sector dominance, city governments everywhere (Olympia included) are compelled to stimulate gentrification to ensure economic stability and secure sources of municipal revenue, displacing working-class people in the process. Removing homeless people and policing the behaviors they exhibit in public spaces makes urban cores more attractive to high-end real estate and commercial investors, precipitating the rental and price increases that characterize gentrification.

Millions of Americans (including many Olympians) are a mere one or two paychecks away from experiencing homelessness and millions more are at risk of displacement if gentrification continues unabated. Whether homeowner, renter or unhoused, to guarantee a livable Olympia for all, a city for ordinary people and not a playground for the rich, we must extend solidarity and support to our homeless neighbors who are time and again gentrification’s first victims. 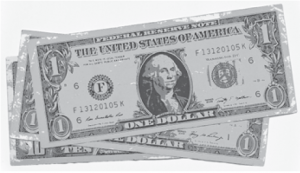