[Ed note:  On January 8, rallies expressing solidarity with the Wet’suwet’en people resisting use of their territory for access to a new gas pipeline took place in 30 cities across Canada and internationally. A group led by Canadian musicians on January 21 issued an open letter backing hereditary chiefs fighting against a natural gas pipeline project in British Columbia.. “Those in power who care for the future of life on this planet have no business building more pipelines, Your hereditary government is showing more leadership in climate action than Canadian elected officials. For that strength and commitment we are grateful.”]

Smithers, BC.  Hereditary Leaders from across BC stand behind Wet’suwet’en and the assertion of their traditional laws.  On January 16, hundreds of hereditary leaders, supporters and allies from across BC gathered on Wet’suwet’en territory to stand in solidarity with the Wet’suwet’en Chiefs as they affirmed their title, rights, and responsibilities to protect their ancestral lands. The Wet’suwet’en are overwhelmed by the massive outpouring of support around the world, and are forever grateful for their support and honoured that they stand behind us as we continue to affirm our rightful title to our traditional territories.

On January 7, in support of a fracked gas pipeline, a military-scale assault by RCMP armed with assault weapons aggressively forced entry at the Gitdumt’en checkpoint and forcibly removed unarmed Wet’suwet’en members from their land.

The Wet’suwet’en Hereditary Chiefs quelled the one-sided violence under duress to ensure the protection of .the Unist’ot’en community with a temporary truce.

The Hereditary Chiefs maintain that not only are their people’s rights to protect their lands, but even Canada’s laws are on their side.  “Our rights to these lands have never been extinguished, the assumed and presumed jurisdiction of the provincial and federal governments is misleading and false,” said Chief Na’Moks of the Wet’suwet’en. “Today’s show of support from our neighbours and allies around the world proves the Wet’suwet’en do not stand alone. Our rights to water, air and land are not only Indigenous rights but human rights.” 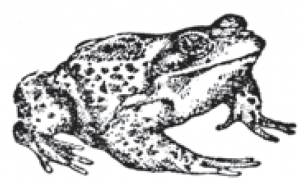