Then this happened… April 2021

…Mike Kreidler dealt the insurance lobbyists a slap by issuing an emergency rule prohibiting insurers from using credit scoring to set personal property (particularly auto) rates. With new scrutiny of practices that have racist results, studies found that using credit scores were just an excuse to charge low income and black drivers higher rates unrelated to driving records. The prohibition will last three years after the current coronavirus pandemic is declared over.

…our legislators think that cities and towns shouldn’t be allowed to make their own zoning rules. Two bills SB5235 and HB 1220 prohibit a city from requiring that someone with an ADU live on the property—more options for absentee investors to pull money out of your neighborhood.

...When Oklahoma tribes won a US Supreme Court case that said their Muskogee (Creek) reservation was never disestablished, it was a shock. Everyone had pretty much forgotten about the treaties that they’d signed a while back but now they had to face some serious questions. The governor had a fix though. He appointed a commission without a single tribe member. Instead there are two oil fracking executives, a pipeline CEO, and two oil industry lobbyists. No problemo.

…Ecuador defied the trend to autocrats and gave the most votes in the first round of its presidential election to a leftist economist running on the Union for Hope line. But, no surprise, the other candidate was a right-wing banker. The US came in third with the “eco-socialist” candidate they backed. The economist and the banker will meet in a run-off on April 11.  Check out the November 2019 article in Works in Progress for the grim background of Ecuador’s recent governments.

…it’s old news, but really. So far during the pandemic, America’s 660 billionaires—major beneficiaries of the Trump tax cut—became $1.3 trillion wealthier, enough to give every American a $3,900 check and still be as rich as they were before the pandemic.

…speaking of bi-partisanship?  Did anyone notice that the 10-year cost of Trump’s 2018 tax cost was $1.9 trillion—the same number as the Biden tax expenditures? Under the Covid Relief plan, more than 93% of kids receive benefits. Americans in the lowest quintile increase their incomes by 20 percent; those in the second-lowest, 9 percent; those in the middle, 6 percent. The Trump tax cut benefits went overwhelmingly to the top 20 percent. Despite promises of higher wages for everyone else, nothing trickled down. Do you remember the vote on the Trump tax cut? Not a single Democrat in the House or Senate voted for it. 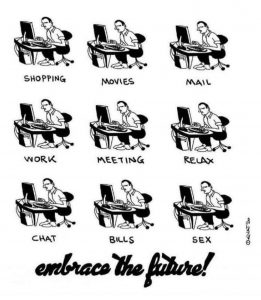