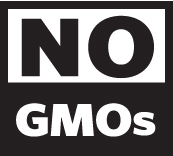 GMOs (genetically modified organisms) are a political hot topic. With a GMO labeling initiative on Washington’s voter ballot in November, we will hear a lot about it.

Next:
The current threat of a major war in Korea is…