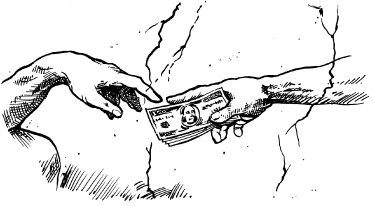 The new pope: Fishing for souls in a limited supply marketplace

The spectre of populism is haunting the Catholic Church. Since the election of Argentinian Jorge Mario Bergoglio as the new Pope, gone are the days of unctuous pomposity and rigorously staged protocol surrounding the activities and public discourse of the Sovereign of the Vatican, Bishop of Rome, and supreme leader of 1.21 billion Catholics around the world.

The new papal style goes from evoking humility by choosing Francis as his official name to honor St Francis of Assisi, washing the feet of Muslim women prisoners, holding candid interviews with journalist about gay priests, getting out of the Pope car to talk to regular folks, telling young people to  “make a mess” (calling them to proselytize as Catholics) during a prayer vigil in Brazil, to having a “selfie” (self taken photo with a smart phone) with Italian youngsters visiting St. Peters church. Last week, he also presided over a gathering of more than ten thousand people to pray for peace and against the invasion of Syria.

It would be difficult not to like a Pope like this. He’s definitely accessible, charming, and apparently willing to implement some changes in an institution suffering from advanced historical fossilization. The question is, how significant are these changes, and to what degree will they alter the internal structure of the institution? To better understand the election of the new pope we must not see it as an isolated event, but as the crystallization of social action in a specific historical time.

The pathology of finance, politics and sexual scandals

The institution that Francis inherits—and of which he also has been part for decades—is nominally a religious one, but it is also a powerful political and extremely wealthy financial institution. The Vatican is a sovereign City-state with diplomatic missions in over 150 states around the globe. It is also a capitalist institution with ultimate ownership of finance capital, real estate property, and other various forms of material wealth. As such, issues of power and economics cannot be subtracted of the “modus operandi” of the institution or its leaders.

Currently the church sails through the rough waters of multiple unsolved scandals, from the unending cases of sexual abuse of young boys at the hands of priests (most of the cases have come to light in the US, but abuses have been denounced in other countries as well suggesting an endemic situation), to the questionable financial practices of the Vatican Bank and Banco Ambrosiano. The latter—of which Vatican Bank was the main shareholder—practically had the monopoly on all financial scandals in Italy during the 70’s and 80’s, from laundering money through dubious accounts to helping finance the Contras in Nicaragua and buying weapons for the Argentinian Military dictatorship during the “Falkland/Malvinas” war. Not to be left behind is the Vatican Bank. According to well-known Vatican journalist Marco Politi, “There was money from the Mafia that was recycled through channels of the Vatican Bank, and also bribe money to political parties in Italy went through the Vatican Bank.”

Most recently, just three months before the inauguration of Pope Francis, the ethos of scandal again showed its vitality when it was discovered that the church had accepted money handed over by Mussolini in return for recognition of his fascist regime. The money is still being used as part of a successful financial and commercial property portfolio operating in Britain. This is definitely not the same church whose founder chased the money traders out of the temple.

Equally serious is the authoritarian style and rampant inequity within the church. Democratic practices are practically unknown. The pope is elected by a conclave of cardinals who in turn have been directly chosen by the preceding pope with no participation from other members of the church. The same centralized, regimental pattern permeates all the structures of the church from the Pope down to regular priests and laity. Most of the women (roughly 50% of the membership) are actively discriminated against, nuns relegated to irrelevant positions, in many instances as simple maids of the ecclesiastic high hierarchy, and most importantly, denied the right to be ordained.

The misallocation of ethics

Facing the myriad of transgressions and structural problems afflicting the church, Pope Francis seems to have opted for a tactic that allows Catholics—himself included—to make emotional judgments regarding issues while blocking serious systemic reform within the institution itself. Ethics have been placed in the realm of discourse while the material conditions that determine the practices of the church remain unquestioned.
This duplicity was quite clear when in reference to gay priests in the church Francis indicated: “If they accept the lord and have good will, who am I to judge them? They shouldn’t be marginalized.”

This of course is an improvement, since it suggests the possibility of equal treatment within the institution. Nevertheless, this possibility was promptly decapitated when Francis, referring to women, said: “On the ordination of women, the church has spoken and said no. John Paul the second, in a definite formulation, said that door is closed.”
Ironically, these comments were preceded by the recognition that a woman’s role “does not end with being a mother and with housework.” No indication was given as to what forms the new roles of women may assume in contemporary society, except that when it comes to the church itself—in spite of the lack of theological arguments denying the ordination of women—they are to remain where they have been since the Middle Ages. Again, some right things are being said, but simultaneously, the old male structure of power is to remain intact.

When it comes to social justice, Pope Francis has openly spoken against sociology and psychology as valid tools for understanding the functioning of the church and society. The Papal statements have not transcended the usual platonic condemnation of poverty in abstract. For him, poverty seems to exist separate from the specific forms in which the economy is organized and wealth and political power distributed. As a matter of fact, the church hasn’t made a serious analysis of the causes of social inequality and poverty since the years of Liberation Theology. Francis’s opposition to Liberation Theology in Latin America during the 70’s and 80’s is well documented, as is his convenient public silence regarding the abuses of the military dictatorships in Argentina.

Capitulating to the divine as an act of convenience

Some Catholic scholars and evangelists like Robert Barron consider that the Pope’s actions and his popular discourse, as well as his official encyclical Lumin Fidei (Light of Faith), can be better understood if we see Francis not like someone trying to save the church through self-correcting institutionalism, but through “a trusty surrendering to the Holy Spirit” (what that means is not clear). According to Barron, the pope believes that the church needs not to look within itself for correction but to “get out of its own walls” and “flood the world with Christ” (again, it is hard to know what that looks like) in correspondence with its missionary identity.

Curiously enough, there is the implicit admission that something needs correction in the church. Ironically, correction is not possible by human actions within the institution itself, only through capitulation to divine intervention. Given all the problems currently affecting the church, the disturbing political implications of this argument mean the perpetuation of the “status quo” and the negation of human agency in the making of history. This argument could also indicate gross naiveté or cynicism.

With the exception of Islam, there seems to be a crisis in the marketplace of religious souls. The increasing number of atheists and agnostics is obvious in the western world.  For religions of conversion, advocating emphasis on the missionary role of the church is not new. Neither is the implicit arrogance of missionaries—of any denomination—as sole possessors of the truth.

Large numbers of Catholics across the globe continue to leave the church. Africa seems to be the only region with a small increasing Catholic population. In the USA, thanks to large immigration of Catholics from Latin America, the number of Catholics remains stable in spite of equally large numbers of faith defectors. Facing tough competition from other Christian churches particularly in the third world, it is not surprising to hear new calls to action asking others to “Make a mess,” or to get outside the walls of the institution. It would be nice for a change, to hear someone, even this pope, declare that it is time to “Clean the mess.” Such a call might generate better results.

Next:
Multiple death threats to labor union leaders and their families…