The Line Becomes a River: Dispatches from the Border by Francisco Cantú 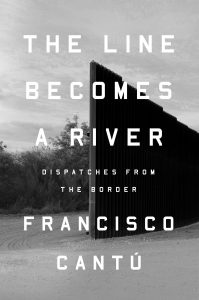 The Line Becomes a River: Dispatches from the Border is a fair and empathetic reflection that illustrates the complexities surrounding the issues on both sides of the US-Mexican border.

Francisco Cantu studied International Relations and is familiar with the history and current policies of immigration and border security, but it is his personal history that gives him an intimate familiarity with the language, people and culture of the area. The grandson of a Mexican immigrant raised by his mother in the rugged landscape of the Southwest, Cantú sought a deeper understanding of the border.

To deepen his perspective, Cantu joined the US Border Patrol in 2008, spending the next four years along the border in the deserts of Arizona, New Mexico and Texas. The experiences recounted in the book give an unflinching look at the consequences of a broken border policy that prioritizes building barriers and dehumanizing Immigrants.

The stories are beautifully written even when the images are haunting. Cantú writes of finding the bodies of the dead, of finding drugs, of finding people crossing a week after being picked up and sent back, most from a crackdown on ports of entry. He tells of agents tearing apart the clothing and slashing open the water jugs left hidden by people fleeing capture.

…a policy based on the belief that “by deporting a mother or father, the family will follow” can never be successful.

Stories of cruelty, hopelessness and compassion are entwined with references to poetry, sociology and psychology, including interludes detailing the author’s increasingly disturbing dreams as he struggles to align his moral compass with the realities of his job on the border.

At that point the book turns into the story of a friendship Cantu developed with José, an immigrant, while they worked together at a coffee shop in Tucson. After living in the US for thirty years, José leaves for Mexico to see his dying mother and finds himself unable to return to his wife and children despite months of intervention by Cantu and José’s former employer.

The final chapter of the book is written as a monologue from José and makes clear why a policy based on the belief that “by deporting a mother or father, the family will follow” can never be successful. For Cantu, any solution must unite humanity, not divide it.

The epilogue finds Cantu ́once more on the border, this time as a tourist in Big Bend National Park, stepping into the river at Boquillas Canyon.

“I stood to walk along the adjacent shoreline, crossing the river time and time again as each bank came to an end, until finally, for one brief moment, I forgot in which country I stood. All around me the landscape trembled and breathed as one.”

Veronica Atkinson is a retired Registered Nurse living in Grays Harbor. She spent her formative years living along the borderlands of West Texas and Arizona. 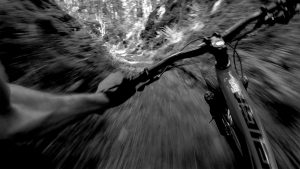