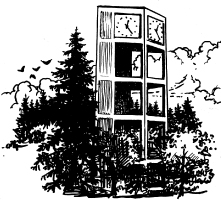 The impact of Evergreen graduates: Class-consciousness and activism

The following is a speech given by Dr. Mosqueda, Faculty Emeritus, at The Evergreen State College graduation ceremony, June 12, 2015.

First I want to congratulate the graduating class and their families. You should all be proud of your accomplishment in graduating from college.

We faculty certainly believe that we have had an impact on you, but we had excellent material to work with.

One of the events that many of you participated in, Olympia or elsewhere, was the Occupy Movement in 2011, when you were freshmen. This demonstrated a class-consciousness and awareness. The 1% now knows that many of the educated class, which now includes you, and those of us in the 99%, are not going to be easily bought off.

Struggle is good. As the great abolitionist, Frederick Douglass, stated- “Power concedes nothing without a demand. It never did and it never will.”

I have been at Evergreen long enough to know that many students here are strongly anti-racist and will act, if need be, in this new period of a third reconstruction. The Black Lives Matter movement has captured the attention of the current generation. We now know that Olympia is not immune to racist acts by police and that we will not submit to the continuation of police oppression, which has been around since the end of slavery and which rears its ugly head on a regular basis. Whether you stay here in Olympia or move elsewhere, I encourage you to stay involved in anti-racist work.

Racism is not an issue that can be ignored. By the year 2050, when most of you will still not be old enough to be senior citizens, the current projections are that the United States will be over 50 percent people of color. Racism is not only a problem for people of color, it is an American problem.

At this time of global crisis, the actions of thinking people are needed now more than ever. As college educated people, we have a privilege and a duty to use that education for the public good. That is another value that is also shared by most evergreen students and graduates.

Many of you have read the works of Noam Chomsky and the late Howard Zinn and many others, and know they argue that current and past U.S. war policies only create more “terrorists.”

Many of our graduates have understood the need for major change in U.S. foreign policy at a young age, and you are to be commended for that.

“No justice, No peace” is more than a slogan to be used in a march. It is an observable historical fact. We need clear, critical thinking on how to achieve self-determination for Palestinians, and people elsewhere in the Middle and Far East to name just a few spots—if we seriously want to have peace.

There are many roles that you can take to impact social change. In addition to protesting and direct action, which I mentioned earlier, you can also vote, or as Kshama Sawant has done, you can run for office—and win.

What are some possible, positive, long-term solutions that people can work on, whether you stay in the Olympia area or move elsewhere? The late Howard Zinn noted a few years ago: “Take the money allocated for our huge military machine and use it to combat starvation and disease around the world. One-third of our military budget could annually provide clean water and sanitation facilities for the billion people in the world who have none.” That is even more true today. There is plenty of money and resources to fix the physical problem of the planet. It is just concentrated in the wrong hands, and in very few hands.

The concentration of wealth is not just a problem for the poorest of the poor, but impacts us all. Take, for example, the fossil fuel industry. Climate change is real and will have profound impacts on all of our lives, not just the poorest in India, but those of us who live near the oceans—the seas will rise—and those of us who live in the middle of the country—there will be more massive storms and floods. I salute all the graduates whose education focused on the environment, whether at the masters level or the bachelors level—but this is an issue not just for the experts, but for all of us who care about current and future generations.

Lastly on a profound issue on how Evergreen students and graduates can have an impact on world peace. The United States is the main funder of the state of Israel. We can insist that Israel withdraw from the occupied territories, something that many Israelis also think is right, and will make Israel more secure than it is now.

As many of you may know, in 2010, 80 percent of students at this college voted to have Evergreen divest from companies that profit from Israel’s illegal occupation of Palestinian territories. Seventy-two percent also voted to ban the use of Caterpillar equipment from the campus. Caterpillar made the weaponized machinery that was used to kill Evergreen student, Rachel Corrie, in 2003. These votes were perfect examples of students using the current system in an educational, non-violent manner to have their voices heard. Then the college ignored them.

Current Evergreen campus groups, such as Students for Justice in Palestine, MEXA, and other student groups continue to fight for justice. The recent vote by the University of Washington board of trustees (joining others, such as Stanford University) to divest from coal as a fossil fuel, sets an example and a precedent that divesting for socially responsible reasons is both economically wise and morally correct.   The UW has previously divested from apartheid South Africa, tobacco, and the Sudan.

We can make direct connections between the need to divest from fossil fuels, to the current wars, to climate change and the exploitation of indigenous rights of the people of Palestine and elsewhere.

Wherever we are in the next few years, we can call on our institutions to disinvest from nations and companies that exploit people. We have done this in the past.

In 1986, Evergreen divested from apartheid South Africa. At that time, only about 120 other United State colleges had done so. Evergreen used to be a leader in the social justice movement—it can become so again.

Despite slanderous accusations to the contrary, many Israeli and Jewish and non-Jewish groups support BDS-Boycott, Divestment and Sanctions of Israel—such as Jewish Voice for Peace, Israeli Committee Against House Demolitions, Rabbi Brian Walt, the Executive Director of Rabbis for Human Rights-North America and many, many other civil rights and human rights activists and organizations.

For the sake of the planet and your future, I hope that you will continue to be unreasonable to those in power.

Next:
In Ecuador, right now, the wealthiest 2% are engaging in…