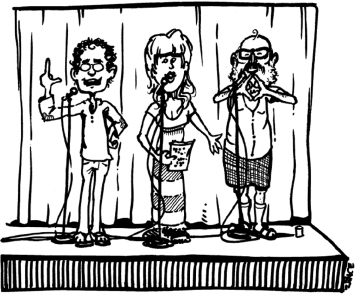 The hard work of revolutionary poetry

“The way we live now is not poetic. We live prose, we breathe prose, and we drink, alas, prose. There is prose that does us no great harm… But to live continually in the natter of ill-written and ill-spoken prose is to become deaf to what language can do.” William Logan

It’s true, I think. Ill-written and ill-spoken prose can dull our sense of what language can do. The same can be said for poetry, though. Form alone does not create an exemption from critical review.

The important question for me about both prose and poetry is—what does it do? As Terry Eagleton puts it in Marxism and Literary Criticism, literature makes certain values, ideas and feelings available to us. Those values, ideas and feelings constitute the ideologies by which we experience society. Understanding ideologies is necessary to understanding both the present and the past—and such understanding, Eagleton writes, leads to our liberation. The question to be asked of all literature then is, what ideologies does it make available to us, and on what terms?

The Old Growth Poetry Collective (OGPC) is sponsoring Summer Lovin’: A Poetry Open Mic series at Café Love in downtown Olympia on Thursday evenings. Sign-ups start at 6:30, readings at 7, followed by a feature poet from Seattle, Portland or Spokane. The first one happened on June 19. I attended.

By the time the reading started, about twenty people were present. Members of OGPC managed the door, the sign-up sheet, and then acted as M.C. for the event.

Between readings, a member of the collective announced their weekly poetry playshops—not workshops, “because we all have too much work to do anyway.” Poetry playshops are held behind Media Island International in the KOWA studio on Sundays from 2-4. As the OGPN Facebook page puts it, “we’re getting together, for free, open to the public, to play with language!”

OGPC describes their work as revolutionary. On their Facebook page they describe themselves like this:
Hailing from the foliage laced cultural and political hotbed of Cascadia, the Old Growth Poetry Collective has been a word wind of revolutionary poetics since performance poetry hit the scene in Olympia, Washington. Since its founding at The Evergreen State College in 2011, the collective has brought poetry to new venues and a new audiences, delivering emboldening critiques of the status-quo, gut-quaking humor, and visceral revelations on the meaning of self and society to Olympia and beyond. Questionable to some, objectionable to others, and downright dangerous to those that would seek to steal art from the masses, The Old Growth Poetry Collective gives voice to the vision and hearts of change agents across Cascadia.

OGPC’s work is revolutionary in their effort to extend the realm of poetry—not only in terms of topics but also in terms of who produces poetry. The open-mic sessions encourage people to read their own or others’ poems, and the playshops are a nicely designed follow-up where the relationships between poets and audience shift—the audience is invited to join in the poetry making.
To be revolutionary, art has to help us see the ideologies in which we live. As Eagleton puts it, the power of art is that while it exists within these ideologies—the values, feelings, and ideas that shape our perceptions, it manages to distance itself from those ideologies. In doing so, art helps us perceive and feel the ideology from which it springs. Some of the poets at the reading on Thursday were doing that, particularly in terms of describing issues of identity and injustice, moments of crisis within the system.

Producing truly dangerous art, in the way OGPC describes its work, is harder. For Eagleton, progressive art makes significant connections and offers adequate language for questioning that leads to explicit political commitments and conscious political partisanship. In these times of advanced capitalism, those explicit commitments and partisanship have to be focused to addressing the profoundly inequitable distribution of wealth and resources. Questions of identity are important, but they exist in a much wider and more encompassing economic framework.

The challenge for a group like OGPC that identifies itself as revolutionary is to shape their art in such a way that it attracts people, encourages deeply critical thinking about dominant ideology, and moves them towards political commitments aimed at addressing economic injustice. With only two major political parties, the leap from radical poetry to political action is like jumping from the moat to inside the castle walls, where the centers of political power are guarded. If we can’t get into the castle, we can’t affect the dominant political discourse. But we can’t get into the castle because we lack the power to do so. Can art mobilize enough people to ‘storm the castle’ and seize political power? The sheer improbability of making politics in the U.S. responsive to people’s needs is potentially overwhelming to everyone who thinks about it, including revolutionary artists. Yet that is the task at hand.

Emily Lardner teaches at Evergreen State College and co-directs The Washington Center for Improving Undergraduate Education, a public service center of the college.

Next:
The Fukushima Special is the house specialty A delectable day…