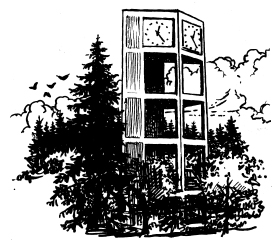 Napping as the world goes by

A brief demographic profile of Hispanics

The profile for the State of Washington in the year 2011 indicates that 12 percent of the population was Latino, with a total of 790,000 inhabitants.  The median age for Latinos in the state is 23 years of age. The percentage of K-12 students in Washington who are Latino is 19 percent. The number of Latinos by the year 2022 will have increased by 19.1 percent.

In 2013, according to the Pew Research Center, 69 percent of Hispanic high school graduates enrolled in college, surpassing their white counterparts by two percent. Two facts make this event significant: it represents a 20 percent increase in Hispanic college enrollment since the year 2000, and enrollment rose in spite of the fact that Hispanics were the group most affected by the economic crisis of 2008. Ironically, 2008 was the year in which the most gains in Hispanic enrollment were made. According to the same report, potential reasons for the rise of college enrollment may be the decline in the job market for Latinos ages 16 to 24 during the recession, and the importance Latino families attribute to college education.

Nevertheless, Latino college enrollment in the State of Washington one year after high school graduation lags behind national trends by 17.4 percent.

Can the subaltern go to college?

Representational equity is generally understood as the “proportional participation of historically underrepresented student populations at all levels of an institution.” This definition suggests a correspondence between the percentage of a population in a given area, and the percentage of students of the same group in the public educational institutions serving the same area.

The Latino population in the five counties surrounding Evergreen State College is as follows:

On the other hand, Latino enrollment at Evergreen State College appears significally low, short almost by half of the desired proportional representational equity. According to the official figures of the Evergreen State College Office of Institutional Research, since 1994 the rate of Hispanic undergraduate students remained at four percent for eleven years, rising to five percent in the last six years.

The African American and Native American population for the five counties are as follows:

The disparity of representation, although still present, is less evident when it comes to these two groups.  For African Americans, the enrollment rate has fluctuated between two percent and three percent since 1994 with a one percent increase from 2009 to 2011. Native American students have had an enrollment rate of three percent for sixteen years since 1994 and four percent in the last two years.

The figures are hardly encouraging for Latinos at Evergreen, but the demographic landscape  gets even  gloomier when contrasted with an institution serving the same geographical area such as South Puget Sound Community College, which with a 9 percent enrollment rate for Latinos almost doubles the one at Evergreen.

It is difficult to believe that Evergreen’s mostly white, monochromatic ethnic representation is due to some ephemeral statistical aberration isolated from the social policies of enrollment put in place by the senior administration. Eighteen consistent years of Hispanic under-representation indicate a systemic modus operandi. We don’t have data for the years prior to 1994, but informal interviews with older alumni corroborate the image that the Evergreen State College has, in practice, never been a place for the ethnic subaltern, unless of course, if they are to remain as such.

It would be a mistake to limit the scope of equity exclusively to the disproportionality of representation for minority groups. Equally important are structural institutional indicators such as internal academic policies and student support offered to the target groups. The effectiveness of these indicators is usually reflected in retention and graduation rates.

Here is what the Evergreen Office of Institutional Research has to say regarding Latino and American Indian retention rate:

“While the average persistence rate to the second year has improved overall by 2% in the most recent five year period, two groups saw 10% declines in their average retention: Hispanic/Latino and American Indian. This does not bode well for the six year graduation rates for the Hispanics and American Indian cohorts of 2007-2011, since they are already running behind in terms of retention.”

Finally, there are perceptual indicators of equity, related to the student’s perception of levels of welcoming and successful participation in a given educational institution. In a conversation with Bryan Gould, Director of Admissions at Evergreen, he attributed the low Latino enrollment to the “unconventional format of how education is delivered at Evergreen” which is “un-attractive” to Latinos due to their “risk adverse” cultural traits, and their desire for a “better economic value” for their academic career. The ambidextrous clumsiness of these remarks stereotyping Latino students is hard to explain. Is he telling us that due to some mysterious cultural condition Latinos resist, or are unable to grasp progressive education? Is he telling us that Evergreen cannot offer Latinos a “good economic value” in their academic career? Is he telling us that low Latino enrollment at Evergreen is their fault and has nothing to do with the enrollment policies at Evergreen? Maybe he is telling us all of the above and more, but suffice to say that his comments offer a glimpse of not particularly democratic values alive in the institution, and an effort to avoid institutional responsibility.

The sedative laurel wreaths of discourse

Education institutions (along with religious organizations, the legal system, the political system, the media, and cultural institutions) belong to what the French philosopher Althusser calls the State Ideological Apparatus, whose basic function is reproducing the dominant ideology of the society in which the institution exists. Althusser highlights the importance of these institutions by saying “To my knowledge, no class can hold state power over a long period of time without at the same time exercising its hegemony over and in the State Ideological Apparatuses.” This highlights the importance for progressive forces to occupy those ideological spaces as part of the political struggle of the left.

It is no secret that Evergreen State College has a well-deserved progressive reputation.  The college is well known for public service centers such as the Longhouse Educational and Cultural Center, which provides cultural and academic support to Native American students, and the Washington Center for Improving the Quality of Undergraduate Education, a national resource center for learning communities as an effective interdisciplinary tool for better teaching practices.  In fact, Evergreen’s liberal and progressive reputation has been in place since it first opened in the early 1970’s mostly due to the implementation of critical curriculum, experimental pedagogy, alternative evaluation methods, and an interdisciplinary approach both for teaching and learning.

However, if we concede that progressivism and liberalism are hegemonic in the academic field, and rightly so, it may be worth asking ourselves, what is the real social significance of these gains if they rest upon institutional policies that by intent, neglect, or incompetence, clearly exclude minority groups in the community?

There is an old Spanish proverb: “Date Fama y Echate a la Cama” which loosely translated means “if you give yourself a good reputation then all you have to do afterward is take naps.”  It would appear that the reputation of unconventional progressiveness has allowed Evergreen State College to navigate undetected escaping scrutiny regarding enrollment policies and equity. If we have rhetoric and appearances, reality becomes superfluous.

Educational attainment for all

“…Demographic and economic forces have produced significant education and employment gaps, particularly for Washingtonians of color, and if no changes are made, these gaps will likely become greater overtime.”

Optimistically, we expect in the near future to see an increase in the rate of enrollment for Latino and all students of color. There is no reason why Hispanic families in our particular case, would deny themselves the benefits of the good quality, critical education The Evergreen State College offers.  What is needed are some concrete material measures to broaden the pathways of access to college for the underrepresented. At a minimum, we would expect Evergreen, in the  name of progressive education, to keep pace with the WSAC recommendations to reduce education gaps for Washingtonians of color. Doing otherwise puts Evergreen in the position of Rip Van Winkle, who fell asleep only to awake years later to a world that had changed beyond recognition, but was real nonetheless.

Next:
Olympia resident shares his story of blatant police misconduct and…