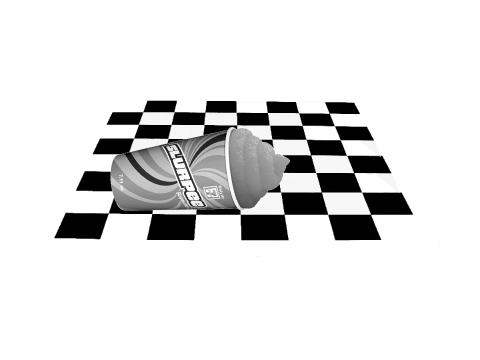 What happened in a nutshell and why it’s important

Ed. note:    This article is a summary of a report by the author.

In April 2012 Superior Court Judge Lisa Sutton reversed the City of Olympia’s approval of a project proposed for the southeast corner of Harrison Avenue and Division Street (1919 Harrison) in West Olympia.  The proposal offered access from Harrison, Division and 4th Avenue to two one-story buildings—a 7-Eleven and a building whose use was unspecified.”

The intersection links three established residential neighborhoods and is heavily used by pedestrians, including school children; by bicyclists; by vehicles including logging trucks and by four bus routes as part of Intercity Transit’s major ‘trunk route’ collector service.   West Olympia has led in generating the majority of traffic growth in Olympia every year since the passage of the Growth Management Act in 1990.  At peak times, 2800 vehicles per hour pass through the intersection.

Judge Sutton reversed the approval on grounds that the City had erroneously interpreted and misapplied the law in three areas:  1) widening an existing street does not qualify as a “new street development” allowing abandonment of standards that otherwise apply; 2) when the Olympia Municipal Code states that new buildings in an HDC-3 zone must be multiple stories, it means they cannot be single-story; and 3) a Traffic Impact Analysis must be conducted for the specific development and use on review and as a prerequisite for approving more than one access to the site.  This decision corroborated over a year of work by members of the Westside community to show that the project would worsen a dangerous intersection; would conflict with the City’s plans for a dense, urban, and pedestrian-oriented streetscape; and violated specific provisions of the City’s municipal code and standards.

To support the contention that the approval of the 7-Eleven Project would defeat the Comprehensive Plan directives for developing this area, we researched the City’s land-use review activities; the particulars of the 7-Eleven proposal; the circumstances of the 1919 parcel and the condition of the intersection.   We found the legal discrepancies that led to defeat of the proposal.

We also discovered that, in addition to their failure to correctly interpret and apply provisions of the Code, the City’s review of the 7-Eleven Project was characterized by omissions, inconsistencies, factual mistakes, and contradictory explanations.

Our case-study of this land-use decision reveals much that is otherwise hidden from the public and its City Council representatives.  This report details instances in which the staff:  1) made careless errors; 2) did not know the law or policy; 3) misapplied the law; 4) made contradictory statements; 5) was unprepared; 6) ignored evidence; and 7) failed to verify unsupported claims of the developer.  This raises the question as to whether the staff’s actions are in fact informed by the rules:  Comprehensive Plan, the Municipal Code, the Engineering Design, and Development Standards.

The level of detail is necessary because it is difficult to see flaws without knowledge of the City’s land-use review process.  The detail provides an opportunity to compare what was said and done by City staff to what specific provisions of the Code say should be said and done; and allows comparison to past statements and actions of City staff.  Our purpose is to show convincingly the need to reform the City’s approach to planning:  it must be defined and enforced by the City’s leaders, not left to the uncoordinated discretion of staff.

Our recommendations will only lead to improvement if the City Council demands that City Manager Steve Hall create a transparent process that holds Department Directors accountable for ensuring that their staffs know and apply the rules that govern growth and development in Olympia.  There must also be a system for measuring performance consistent with these rules—contained in the Comprehensive Plan, Municipal Code, Engineering Design and Development Standards, and other legal requirements.

Failure to remedy the kind of performance shown in the review of the 7-Eleven will perpetuate the same unplanned growth that the state Growth Management Act was designed to arrest:  substandard developments that, over time, perpetuate sprawl, keep people in their cars, degrade public facilities, discourage productive investment and erode trust in government.

The report is divided into four parts.  Part I is an annotated chronology beginning with a conference between the staff and the developer, and ending with Judge Sutton’s decision.  Part II details the issues raised by staff performance.  Part III offers recommendations to remedy the problems identified.  Part IV is an appendix containing documents referred to in the report.

Our conclusions are based on documents and information obtained from the City. Many documents are referenced in footnotes or included in the Appendix.   In many cases, we’ve copied the staff’s statements into the footnotes—we encourage you to read them for yourselves.

Bethany Weidner has lived on Olympia’s Westside for over 25 years and raised two sons here.  She was the president of the West Olympia Neighborhood Assn. and more recently, of the Southwest Olympia Neighborhood Assn. (SWONA).  She has been working with neighbors on Westside transportation issues since the mid-90’s.  She served as a Legislative Assistant to US Senator James Abourezk in Washington DC and then, after her return to Olympia in 1984, as Director of the Office of Policy Planning and Research at The Washington Utilities and Transportation Commission and later as a Deputy Insurance Commissioner for the State of Washington.