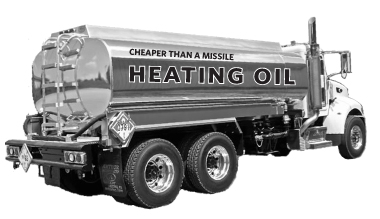 The current threat of a major war in Korea is akin to the Cuban missile crisis of 1962, when the US and the USSR nearly waged nuclear war. Peaceful coexistence was assured only after an agreement was reached for Russia to withdraw its missiles from Cuba and for the US to pull its own out of Turkey.

In recent weeks, as a similar standoff has escalated in Korea, the US has sent B-2 bombers from Missouri and B-52s from Guam to fly up to the Demilitarized Zone between South and North Korea. These flights are as close to a threat of a first strike—possibly a nuclear one—that the US can make.
President Obama’s recent policy shift to an “Asian pivot” is perceived in North Korea as a direct threat to its existence.  Before the Asian pivot, Saddam Hussein agreed to disarm, after which Iraq was invaded and he was killed. Gaddafi faced a similar fate after he destroyed his major weapons systems. North Korea is clearly interpreting these events as reasons not to disarm. The harder the US now presses North Korea to abandon its nuclear weapons, the more they feel menaced.
In 1993, the US came quite close to bombing North Korea’s Yongbyon nuclear plant. Harvard professor Ashton Carter publicly stated he was telephoned by the Pentagon and asked to assist them in determining bomb targets. Only the personal intervention of former President Jimmy Carter prevented a US first strike. Carter flew to Pyongyang, met Kim Il-sung (Kim Jong Un’s grandfather) and negotiated an “Agreed Framework,” according to which North Korea shut down Yongbyon and the US and its allies were supposed to supply fuel oil to the North.
For decades now, North Korea has stated that it will forsake its nuclear weapons and rocket program if the US Senate signs a peace treaty to end the state of war. (The armistice of 1953 was only a cease fire.) Whether one believes them or not, isn’t diplomacy worth another attempt to diminish the threat of war?
As the world’s preeminent military power, the US has a responsibility to prevent wars. One such means to do so in Korea would be for President Obama publicly to state that the US will not make a first strike against North Korea. Rather than seeking to reduce tensions, however, the US has ratcheted them up, and as a result, US companies will sell billions of dollars of missile systems to South Korea, Japan, and Taiwan.
President Obama has repeatedly stated that our main strategic partner in Asia is Japan, even as Japan presses territorial claims against China, both Koreas, Vietnam, and the Philippines concerning islands it took when the Japanese Empire expanded before the end of the second world war. Unlike Germany, which has apologized for Nazism, educated its citizens, and paid reparations, Japan has never apologized for the war, never properly explained its atrocities to its citizens, and refuses to express its regret to the more than 100,000 “comfort women” who were forced into sexual slavery. In fact, Japan has repeatedly refused to apologize to these women even when pressed by US congressional resolutions. In the long run, the US should consider multilateral alliances, rather than a preeminent one with Japan, in order to diminish regional tensions.
In the past few days, Fox News and others have repeatedly called attention to that “nut” in North Korea who’s trying to prove himself. Yet Kim Jong Un is a mere figurehead in the world’s most Confucian society, where young people must respect their elders and listen to them. An aging military bureaucracy runs North Korea, not the young grandson of their “Dear Leader.” If we allow Kim Jong Un to be demonized while a major war breaks out, hundreds of thousands of people will perish in its first hours—no matter who is to blame.
It is not too late for the Obama administration to change course and find a peaceful solution to this crisis—if that is what they want to do.
The author is a professor of Humanities at Wentworth Institute of Technology and author of Asia’s Unknown Uprisings. He was a Senior Fulbright Fellow in South Korea in 2008.
This article is reprinted with the author’s permission.

Next:
The following is the speech Eli Sterling, the…