The Commons: Reclaiming what is ours 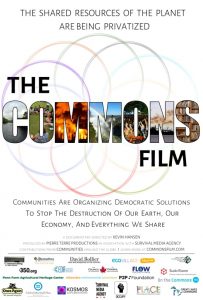 The Commons is a documentary film about communities re-asserting sustainable futures using consensus, equity, and shared resources—ancient Commons principles. The film offers many examples of how it is possible to take the inspired path toward a communal future so many are drawn towards. The film is intended to be what Gandhi hoped we would speak, Satyagraha, a new Truth Force, and what Dr. Andreas Weber calls Enlivenment.

For this film, we asked why new forms of self-organizing were emerging—and got very similar answers. Everyone is restless—especially young people. Something inside us is calling for a better, healthier future. People are unwilling to settle for the bleak future many fear. They understand deeply that the shared resources of the world are a human right, owned by all, not just a few—and that these resources are in peril.

Nine years went into making this film: we listened as 49 communities across the Americas, Europe, and South Asia told us what has made their Commons work over the centuries. In the face of commodification and privatization, when everything seems to have a dollar value, Commoners are now saying, “we’re taking a new path forward.”

Making the film, we found a re-awakening in progress. Tired of waiting for governments or corporations to ‘get it right,’ many Commoners are already taking action as a community to push back the tide of unjust privatization or destruction of shared resources.

Often inspired by Occupy movements, many Commoners are forming new communities, re-imagining the concept of money, starting new schools, creating open-source computer code and launching cooperatives everywhere. Many—most—of these projects have the idea of ‘open source’ deeply embedded in their planning. People are asking for sustainability, not destruction, sharing not privatization, and justice—not brutality.

Reclaiming sovereignty over the Commons

We made this film because people need to know that actions are already under way; that it is possible to reclaim sovereignty over the Commons: the shared spaces and places, the wealth of the land, oceans and atmosphere, the internet, their genetics, and the ideas that are the heritage of life itself.

We found there are already laws protecting the rights of Commoners. Many of these laws are the underpinnings of our legal system itself. People need to know that it is both possible and successful to have a new kind of ‘Commons’ democracy, a self-governance based on consensus, justice, sharing, sustainability and goodwill.

Labor and natural resources—the origin of our common wealth

We have lost many rights to resources that were once a shared heritage. In the process we lost part of our humanity. Rights to many Commons resources were usurped centuries ago, starting with the indigenous peoples—but many don’t know it. We are dissociated from the living resources and energy that sustains us; dissociated from the understanding that labor and natural resources are the origin of the wealth of our Commons.

Young people feel this acutely, asking: “Why aren’t resources available to all?” For the young, seeing our broken democracy fail has created a crisis of confidence in government. Looking at this unappealing future, our young people may feel lost, so we now have a crisis of political succession: ‘Who wants to do more of that?’ they ask.

In this film, we seek to show how it is possible to move towards “self-organizing democracy” by highlighting the many successful examples of Commoners doing just that. We support a return to the shared decisions, sustainable living and community-based action that Commons offer.

Details and where to watch the film: featuring David Bollier, Bill McKibben and the commoners. Directed by Kevin Hansen with cinematography by Bunker Seyfert. Produced by Pierre Terre Productions & Survival Media Agency. Released 2019. Runtime: 109 minutes. View the film on Vimeo 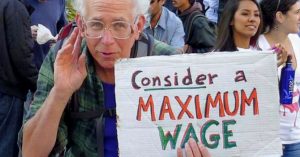