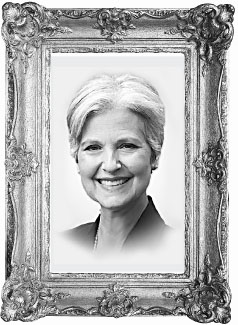 Freedom of choice. The supermarket shelves are lined with twenty-five different flavors of cereal, some for the health conscious and some for the sweet-lovers, for the gluten obsessed and for the GMO aware, even for the annoyingly picky kid who will eat only the lucky charms and leave the rest. It matters little that the shelf space is bought by a few giant producers and store brand imitators. Same with clothes, whether conservative cut or gossamer lace, brands are abundant and customer’s choice rules except where it comes to production, which is mostly channeled to slave-like third-world labor. No, the consumer has no voice in that. It would be prosaic to say that when it comes to political choice, the options are similarly scarce.

In November, around 55% of eligible voters will go to the polls to cast their ballots. Their presidential choice will be restricted to two flavor variations of the same product the corporations have put on the market. Because for decades the American voter has not seen a major party candidate reflecting their needs or values, they will cast vote against the candidate they like less, a negative vote. The conventional, manufactured wisdom doesn’t allow a vote for someone outside this duality as it is assumed to be a wasted vote at best and a spoiler vote at worst. So what is a wasted vote?

Let’s break it down closer to home

Within the US electoral system, most states allocate their votes by simple majority rule, or first past the post, meaning whoever gets the most votes wins the entire state’s electoral votes (e.g. Washington state has 12, California has 55) Washington state is already predetermined to go for Clinton. This is due to the fact that she has been leading in all the polls–in the most recent poll by 16%. Washington is a solidly blue state that hasn’t voted Republican since 1984. Given that only a simple majority is needed to guarantee Clinton all 12 electoral votes of Washington, it implies that most of the extra 16% of the vote she is currently beating Trump by will go to waste. These 16% of the votes will not be adding to her victory and will not matter on a national scale. It’s like punching the doorbell instead of ringing it—the sound of it will still be the same.

Now consider that this surplus of votes, say 15%, goes to Jill Stein, which is safe to assume since Stein is to the left of Clinton and her platform resonates in a comparatively progressive state of Washington. This is the scenario where the superfluous 15% of the votes will not go to waste because they will support building up a third party candidate.

But, you will say, but what about the Aesop’s fable of Ralph Nader spoiler effect of 2000?

In 2000 Al Gore lost to Bush but won the popular vote by 540, 520 votes. That means that more votes were cast for him than for Bush in total, yet strategically he lacked the winning number of votes in Florida. There he lost by 537 votes.

In Florida, the total voter turnout was 57.5%, so 42.5% did not vote for anyone whereas Nader got less than 0.3% of the vote. Blaming him for the Democrats’ loss is like standing next to an apple tree leaning under the weight of the fruit on it but trying to wrestle an apple from the hands of a kid who picked one.

To put it concisely, only in hindsight do we know that Gore would have lacked votes in Florida, so by the mainstream logic, without this post-factum knowledge, the entirety of almost 3,000,000 voters who expressed their preference for Nader’s stance should have cast their votes for Gore to salvage the measly 537 votes he didn’t pull off in Florida. This strikes me as a total waste of a large number of votes. This also is a perfect way to eliminate any opposition to the establishment candidates.

Finally, why is it important? Why should one cast a vote for a third party if even at a theoretical 15% the presidency would be out of reach? Because otherwise the “lesser evil” politics will continue to prevail. Without an external, demonstrable pressure from the left, the Democratic Party has no incentive to implement progressive issues and will instead appeal to the right to in order to snatch the more centrist supporters from the other side. And regardless of all the lip-service that does and will take place during this election season, the policies eventually implemented in the White House will be a direct reflection of the influence of corporate powers. Judging from the exploding inequality trends, corporate political domination is staggering and a vote within the established dichotomy is a silent and obedient consent to their rule.

Vote outside the boundaries and make your voice count.

Yulia Issa, a local progressive organizer and activist, was a delegate to the Democratic National Convention for Bernie Sanders