Targeting Muslims: the politics of fear

On June 26, the US Supreme Court upheld President Trump’s Muslim Ban—one of many anti-immigrant policies reflecting the racism, xenophobia, and Islamophobia of the administration.  Trump’s hateful campaign rhetoric promising a “total and complete shutdown of Muslims entering the US” is now national policy, condoned, in whitewashed form, by the highest court of the land.

The American-Arab Anti-Discrimination Committee terms this an “Arab and Muslim Ban” because it targets mainly Arab and Muslim majority countries—Syria, Libya, Yemen and Somalia, as well as Iran—with recent additions of Venezuela and North Korea (Iraq and Sudan were removed to admit potential military allies). 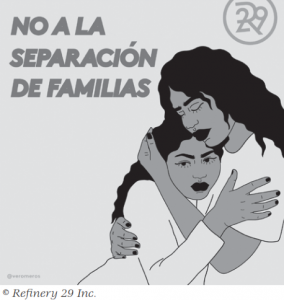 The 5-4 decision deals a blow to civil and human rights by making religion and national origin determinants for exclusion. It has had disastrous impacts for Arabs and Muslims seeking family reunification, medical treatment, and educational and employment opportunities in the US.  Notably, the countries targeted in the ban are plagued by war, unrest, and migrations.

In her dissenting opinion, Justice Sotomayor sharply critiqued the decision as a failure to safeguard the fundamental principle of religious liberty. She condemned it as “inexplicable by anything but hostility and animus toward the Muslim faith” and compared it to Korematsu vs. US, the Supreme Court decision which upheld  the internment of Japanese–Americans during WWII.

When the ban was first implemented by executive order, large spontaneous protests arose in airports across the country. Several states, including Washington, contested the ban in court, and Governor Inslee called it “religious discrimination in its baldest form.”

In fact the order, “Protecting the Nation from Foreign Terrorist Entry in the US,” has no basis in reality. As The Atlantic reported, between 1975-2015 not one single person in the U.S. has been killed by anyone from Syria, Iran, Iraq, Libya, Somalia, Sudan or Yemen. The countries of the 19 hijackers responsible for the 9/11 attacks were not included in the ban, nor were any of the Muslim-majority countries in which Trump has business ties,  including Egypt, Saudi Arabia, UAE, and Turkey.

The Muslim Ban is just one weapon in the wholesale attack on immigrants, refugees, and communities of color.

In the wake of 9/11, a massive security apparatus has been put in place under the Department of Homeland Security (DHS) to keep out phantom menaces and facilitate round ups, detentions, family separations and deportations.

This didn’t start with Trump; a country-specific review of deportations between 2002 and 2014 estimates that over 60,000 Muslims from countries in the Middle East, Asia and Africa were deported.

Trump’s call for “extreme vetting” was already in practice under a DHS secret program, the Controlled Application Review and Resolution Program (CARRP), which flagged applicants for citizenship from Muslim majority countries as a national security concern—a policy uncovered in 2010 by the ACLU.  But the Trump Administration has taken these policies, and their overt racism, to new extremes.

Bringing the crisis home to the Pacific Northwest

In June, we were haunted by images of refugee children separated from their parents, crying at the feet of border guards, their small bodies lined up in detention centers and cages.  Although their parents followed legal asylum protocols, the Trump administration separated the families and detained them.

In July the Federal Detention Center at Seatac held an estimated 50 parents who had been separated from their children for weeks and didn’t know where they were being held. Others are currently housed at the for-profit Northwest Detention Center (NWDC) in Tacoma. The NWDC holds over 1500 people at taxpayers’ expense, including citizens of Muslim/Arab and Latin@ nations. Its owner Geo Group also owns and profits from its torture facilities at Guantanamo Bay. And although the family separation policy was canceled, an estimated 500 children still have not been reunited with their parents.

We in the Pacific Northwest cannot pretend these are the problems of others at some distant border. Policies of exclusion—targeting people based on race, national origin, political ideology or religion—stand among the darkest moments in US history.

From the Chinese Exclusion Act to the internment of Japanese Americans, these acts have marred our democracy. They should serve us now as warnings.  The purpose of the scapegoating is to mobilize our collective fear and focus it on the figures of the Muslim terrorist and the Mexican/Salvadoran criminal. As this administration erodes the rule of law, and the institutions of liberal democracy, it seeks to divide us and turn us against each other.

We can resist in this dangerous time by showing that we are not afraid.  As we gather to resist the administration’s politics of fear, we are asserting that we are “one nation indivisible”. Our America—unlike Trump’s—includes immigrants, refugees, Muslims, Jews, Christians, women, people who are LGBTQ and much more.  This is what we embody in our marches and rallies: our participation in a growing movement of solidarity and civil disobedience against the family separations and exclusions that have shocked our national conscience.

Our work will not end with the end of the Trump administration. Putting a stop to the targeting of Muslims, Arabs, Latinx people and other immigrants and communities of color requires us to learn from our history in order to dismantle systems of exclusion established in the name of national security—and create justice for everyone.

Therese Saliba is faculty of Third World Feminist Studies at The Evergreen State College. She works with the Rachel Corrie Foundation and is on the advisory boards of the Brill Encyclopedia of Women and Gaza Community Mental Health.