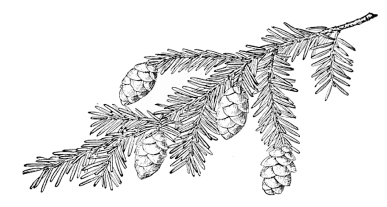 Summer: The season of discontent

Call from a tree

One of the reasons I supported Bernie Sanders’ bid to be president was the clarity with which he said we have to address climate change. In late June, a federal district judge in Wyoming, Judge Scott W. Skavdahl, overturned the Department of the Interior’s ban on fracking on public lands, ruling that the Interior Department doesn’t have the authority from Congress to issue regulation. The ruling will be appealed, but it’s a telling indicator of how far we have to go in terms of public policies to respond at all effectively to climate change. Sometimes it seems hopeless.

We get the phone message later that evening from our son/stepson who lives in Vermont. “Hi. This is Sam, and I’m calling to let you know that I’m up in a tree, I’m safe, I have food and dry clothing, and I probably won’t answer my phone. If you leave me a message, I’ll call you when I can.” We try calling. No answer, and no way to leave a message. He’s in a tree somewhere in Vermont, trying to stop the installation of a gas pipeline.

I check Facebook. Rising Tide Vermont has posted a series of items about this tree sit, and a photo.

Early Wednesday morning, Montpelier resident Sam Jessup climbed 60 feet into the treetops above an active pipeline construction site in Monkton. Sam has put his life on the line, as his platform is anchored to the hydraulic arm of a dynamite drill rig. Any tampering with the machine or the rope puts Sam in immediate danger.

Due to the nature of the blockade, extraction would be complicated and involved. Sam’s courageous action is preventing VGS’s hired destruction crews from blasting the hillside away and building the fracked gas pipeline.

Join Sam’s supporters for a march and rally on Thursday evening, June 9th, at 6:00 pm at 986 Rotax Rd in Monkton. (http://www.risingtidevermont.org)

Vermont was the first state in the U.S. to ban fracking. According to the Center for Media and Democracy, on April 12, 2012, the Vermont Senate Natural Resources and Energy Committee “voted unanimously for a bill that would ban hydraulic fracturing for natural gas in the state, as well as prohibit collection, storage, or treatment of fracking wastewater in the state.” The bill was reconciled—passed—by the Vermont House of Representatives on May 4, and was signed into law on May 17, 2012.

Even so, according to Vermont Public Interest Research Group (VPIRG), the Vermont Public Service Board (PSB) reaffirmed its approval of the Addison Rutland Natural Gas Project on January 8, 2016—the construction of a pipeline that would bring gas produced through fracking from Alberta, Canada.

Enrique, my husband, teases me each time the sky turns gray and mist or even rain comes down–“must be the drought.” I usually chuckle, sometimes uneasily, because even when it rains, I worry that we won’t get enough.

Last summer’s heat seared my imagination—it’s as if the climate models I’ve read about got branded in my mind as the long, hot, dry days paraded one after the other and I wondered whether our well would run dry.  I watched spruce needles turn brown and wondered how to water trees. I started watering blueberry bushes and rhododendrons that drooped, never thinking that the summer would get hotter. It did, and I found myself in turmoil because I’d already tried to rescue these plants—how could I let them dry out now? I thought about the story of the competition between the wind and sun about who is stronger. The wind blows and blows and although people get cold and wrap their coats and blanket more tightly around them, they still survived. The sun shone and people died from the dryness, the heat, the relentless sun.

Sunny days make me anxious for rain. Last year, we spent hours ringing the shrubs in our yard with a mixture of bark and compost, creating nutrient rich dikes to hold any water that came. Most of them survived—even thrived. This summer, we have another pile of mulch, but not the same urgency. It’s not been hot yet. I’m waiting.

Sam had been up in a white pine—tree-sitting—for six days when a Vermont State Trooper called our house. I wasn’t home. Enrique took the call. The troopers were looking for Sam’s sister Becky. Enrique took the trooper’s name, said that we supported what Sam was doing, and informed the trooper that we were monitoring the situation closely. When I heard about the call, I was relieved that I hadn’t been home. What if they had asked me whether I was worried about Sam? I’m not very good at thinking on my feet.

We knew that the troopers had been shining lights at night, and blaring sirens and honking. We knew Sam had been threatened.

We called the contact person at Rising Tide Vermont to let them know that the trooper had called and to ask how Sam was doing. Sam was fine, we heard, and the troopers had called in a negotiator. Because Sam was so high, they had no way to safely extract him. Because this was the third tree-sit this spring, they needed to get him down.

Part of the strategy behind these tree sits is that delays in the pipeline construction lead to cost increases. If the costs increase significantly, Vermont voters won’t want to pay. Delay works in favor of the climate change advocates.

A Vermont trooper called my 84-year old mom in Illinois. He told her they were worried about Sam, and wondered whether she was too. He told her they wanted to be sure Sam had dry clothes (it had been raining) and food. (He didn’t tell her that police had blocked earlier efforts by the Rising Tide support team to bring dry clothes and food to Sam.) She told him that she loved Sam very much. A second trooper called my mom, this time a woman. “Does Sam have any pets?” she asked my mom, who refused to answer.

Ultimately, the troopers blocked Sam’s cell phone so he had no way to connect with the people supporting him on the ground. Enrique called ATT, and the person there reported that Sam’s line must have been cut off.

According to Will Bennington, our contact with Rising Tide Vermont, the police are escalating their response to civil disobedience.

As we continue to effectively halt pipeline construction, we are seeing an escalation in tactics from the police in their response,” said Will Bennington, a spokesperson with the climate justice group Rising Tide Vermont. “AT&T has reported to us that Sam’s phone was disconnected from nearby cell towers, and state troopers confirmed that they had ‘other tricks up our sleeves’ to disrupt the action, including interfering with the cell phone.”

Chittenden County Sheriff’s deputies reportedly harassed Sam at night early on in the week, yelling threats to cut his ropes, banging on the tree and blasting sirens intermittently to keep him awake.

Jessup is currently being held at the Chittenden County Correctional Center in South Burlington, marking the first time someone has been sent to jail for participating in civil disobedience against the pipeline. (http://www.risingtidevermont.org/news)

Next:
Recently (June 6), one of the Downtown Strategy Meetings that…