Every one deserves your attention 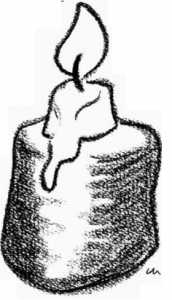 Joe wrote about 16-year-old Loyd Drain III from Brooklyn, New York, who died in his home alongside his father and niece after being shot by his half-brother.

Madison reported on Tarique Morris of Youngstown, Ohio. Only three months old: It’s likely he hadn’t even said his first word yet.

Nadia told the story of 18-year-old Hunter Black, who was murdered in Kennewick, Washington, months before the birth of his child.

Jimmy wrote about Shana Lorraine Fisher, a 16-year-old who was shot alongside nine others at Sante Fe High School in Santa Fe, Texas, after rebuffing the romantic advances of the shooter weeks before.

Their stories captured us, saddened us, and illuminated grave realities about the toll of gun violence among American youth. We’ve been shocked by the disproportionate homicide rates for young African-Americans in U.S. cities, troubled by the sheer number of domestic violence shootings, and devastated by tales of curious children accidentally shot by loose guns.

School shootings have been broadcast on our television screens, and we’ve taken it personally. We’ve been trained to memorize the exit routes in our classrooms, to think of our backpacks and binders not as school supplies, but as shields, to stress over whether or not a lockdown is a drill. Every day, roughly four children and teens under 18 are shot and killed. Add firearm suicides, and the daily death toll rises to seven. Gun violence is ingrained in our consciousness. It’s our normal.

Born in the wake of Columbine, and sharing a nation with survivors of Parkland and Sandy Hook, young people in America today are so frequently confronted with murder in our schools and streets that we have a tendency to go numb. We’ve seen peers become victims, their lives reduced to statistics cited in political noise and cheap clickbait.

For every toddler caught in the crossfire, every fourth-grader gunned down in her home, every high school student murdered, we felt this consuming hopelessness. We were frightened. Angry. Frustrated. Powerless.

With “Since Parkland,” a yearlong editorial project timed to the anniversary of the massacre at Marjory Stoneman Douglas High School in Parkland, Florida, on February 14, 2018, we’ve channeled those feelings into an effort to honor those young victims. We joined more than 200 other teenage journalists to work with editors at The Trace and the Miami Herald to document the toll of gun violence among American youth.

At Parkland, 17 people were killed, 14 of them students. School shootings—their increasing frequency and the clustered loss of young lives—are unfathomable tragedies. But the gun violence affecting young people in our country is much broader. This project includes more than 1,200 profiles spanning a single year. Most of these young people were not shot at school, but at home, on the street, with friends, or while riding bicycles.

With 100-word profiles, we’ve told the victims’ stories. We searched online databases, Facebook pages, police reports and news-feeds to understand whom we lost. Sources were often scarce, but whether we found multiple articles on the victim’s life, or merely a birthdate—sometimes, we didn’t have a name—we searched for the personhood.

We wanted to humanize the children and teens beyond the tragedies, beyond the gunshots in their final hours. We started with the details: nicknames, fashion sense, hobbies, and accomplishments. We emphasized how they lived, not how they died.

Our goal is to shift the attention away from the numbness that seeps into the discussion around gun violence. Names, faces, experiences, aspirations, even mistakes are what comprise the lives we lose every day. In telling their stories, we want to overwhelm you. We want you to feel that every child’s gun death is unacceptable.

This project is necessary because it speaks for those who can no longer speak for themselves. This is not political. It’s human. Children are dying. They should get to grow up: training wheels; skinned knees; middle school; graduation, first love, heartbreak.

Our country is mired in a youth gun violence epidemic. It affects all ages, ethnicities and socioeconomic backgrounds, with especially disconcerting disparities among African-American and lower-income populations. These aren’t isolated incidents. This is a pattern, a problem. Each victim deserves our attention.

We all remember Parkland. We’re still frightened. Frustrated. Angry. But if this project has taught us anything, it’s that we’re not powerless. We can bring awareness to the true scope of the issue. Student journalists have that power. We refuse to stand idly by.

It’s not lost on us that we can’t account for the perspectives and situations of each and every young person in our country. What we can do, though, is try to find common ground.

This project is for all of us, no matter our circumstances or politics, who are bearing witness to the rash of gun violence that is continually destroying our communities, our collective sense of safety, and a big part of our national unity.

We wrote these profiles for every family who planned a funeral too soon; for the victims who’ve been buried, the tiny caskets. For a country littered with bullets.

The authors are among the 200 young people who participated in the project “Since Parkland” To read the story of each child’s life ended by a gun, as told by the 200 teen journalists: https://sinceparkland.org

The project “Since Parkland” was initiated by the Miami Herald newspaper, and “The Trace,” a virtual newsroom that “shines a light on America’s gun violence crisis.” If you go to the website for Since Parkland, there is an extraordinary depth of information about the project and the students who are participating in it. “The Trace” (www.thetrace.org) is an independent source of information about gun violence spanning everything from legislation, to studies, to news coverage and more.