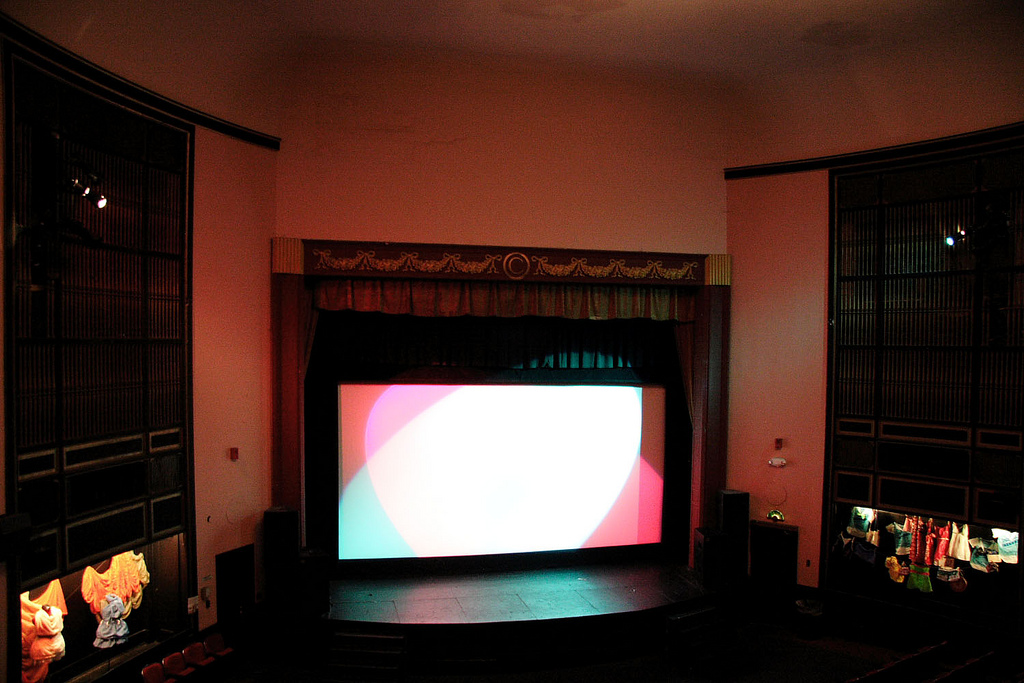 Showing at the Capitol Theater

Dirty Wars
August 2 – August 7
Many Americans aren’t even acquainted with a front-line soldier. That’s because the skirmishes that journalist Jeremy Scahill has termed “dirty wars” are fought in the shadows by small numbers of special forces or remotely by drones.                —Joe Williams, St Louis Dispatch
A small list of targeted enemies that began in Iraq has now grown endless… And the world is our killing ground. Many know. Most accept it as we accept monitored phone calls. But it makes you wonder—what don’t we know?
—Tom Long, The Detroit News
This is a film you skip seeing at your own risk.
—Marjorie Baumgarten, The Austin Chronicle

Band of Sisters
Aug 4 at 5pm w/director Q&A via Skype
Much has been made of Pope Francis’ eschewing of the “opulence of office” and his championing of the world’s impoverished. But there are people who have been embracing the tired, the poor and the huddled masses since long before Francis became pontiff.  They’re called nuns.
Mike Scott, The Times-Picayune

Half a century after the Second Vatican Council convened, nuns feel free to discuss what’s changed—and what hasn’t. They still run up against sexism, paternalism and delusions about self-sufficiency, though they now stand a better chance of being heard.
John Hartl,  Seattle Times

Hannah Arendt
August 9 – August 15
Barbara Sukowa’s performance in the title role is the kind that reverberates long after the screen goes black.
—Sheri Linden, LA Times
“This inability to think created the possibility for many ordinary men to commit evil deeds on a gigantic scale, the like of which had never been seen before. The manifestation of the wind of thought is not knowledge but the ability to tell right from wrong, beautiful from ugly. And I hope that thinking gives people the strength to prevent catastrophes in these rare moments when the chips are down.” —Quote from the movie Hannah Arendt

The title tells you exactly what this documentary’s about. Yet it’s also highly misleading. With a title like that—about a subject like that—must be pretty drab, right? Not hardly. “Sign Painters” is fresh and passionate and unexpected.
The format couldn’t be simpler. Thirty or so sign painters—from [Olympia] to Coralville, Iowa, [Olympia] to Mazeppa, Minn. (in other words, all over)—talk about what they do and demonstrate how it’s done. These guys are smart and funny and full of beans. They’re at once disarmingly practical and full of artistic élan.
—Mark Feeney, Boston Globe

A simple parable of class warfare and racism soon becomes a kind of existential quest…With striking visuals reminiscent of Matisse and Chagall and a refreshingly (for domestic animation audiences) grown-up storyline, The Painting is almost reminiscent of, well, a work of art.
—Pete Vonder Haar, Village Voice
Painted figures come to life and set out on a quest to find their creator, “The Painter.” They want to know why he stopped, why he never finished some of them. They want him to set their world right.    —Roger Moore, McClatchy

Fruitvale Station is about a man being shot to death.  But it isn’t a whodunit. Based on tragic real-life events in 2009 when unarmed 22-year-old Oscar Grant was fatally shot by a cop at Oakland, California’s Fruitvale train station, it begins with grainy cellphone footage of the actual killing.
—Cary Darling, Fort Worth Star-Telegram/

Even if it weren’t after the Zimmerman verdict, “Fruitvale Station” will make you angry, and it will make you cry. But it’s not manipulative and it’s not exploitative. It’s just a flat-out great film.
—Stephen Silver, EntertainmentTell