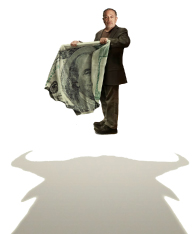 Review of the documentary: Inequality for All

It was another enjoyable screening at the Olympia Film Society Capitol Theater. I wish Robert Reich’s film, Inequality for All, had addressed the problem of biological carrying capacity. Industrial society has grown to exceed planetary biological carrying capacity. This is one of the downsides of the growth-based industrialized economic paradigm. Maybe it would be good to include the biological environment in future conversations about economic justice.

Secondly, I had an issue with the scene about the union showdown at the California Geo-thermal electrical generating plant scene.  Please, the next time a union-buster describes themselves as a “”good” Christian,” or Jew, or Muslim, or whatever religion, maybe, just maybe, question them on it? After all, unions are designed to stand up to the greed of the owners and Judeo-Christian-Islamic as well as most other religious/spiritual stories are most definitely and decidedly, firmly and squarely opposed to greed and all anti-humanitarian wealth generating activities.

The man at the California geo-thermal plant also defended capitalism based on the merits of the intelligence of its owners and entrepreneurs. The reality is that intelligence only plays a part in people’s rise to materialistic fortune;  the critical part that needs to be continually mentioned is the role of clubs. All fortunes are the product of the use of clubs, whether they be clubs to beat people down, or insiders’ connections.

Then there is the Seattle industrialist and Amazon investor who boasted of a $10-$30 million salary—I wonder what his thoughts are about possible solutions to the problem of socio-political-economic corruption. And Warren Buffet, too. Really, I do. Warren Buffet says, “please tax my wealth.” So what has he done to make that happen besides talk and write about it? How much of his wealth has he used in effort to promote equitable taxation?

Also included in the film’s discussion is how mechanization and robotics  have affected labor. With rapidly increasing rates of technological development, will machines outpace and replace more and more people, in more and more workplace sectors?

The film was entertaining and good for highlighting the scourge of economic inequality, but for people who really want to see changes in the world, there is a much bigger story out there about how people treat each other. Maybe it’s not so much that the problems are new but more that, as a result of industrialization, the scope of impacts have been greatly increased.

Thanks to the Olympia Film Society for putting on such great thought-provoking cinema. And thanks to Robert Reich for sharing his life and working to expose the story of the tremendous economic inequality we have been experiencing in this day and age. Is consumerism the answer for saving humanity and life on earth? What do you think?

Robert lives and works in Olympia Washington. You can learn more about him at his blogspot: www.peacepotential.blogspot.com.

Next:
The Cascadia Freedom Caravan brought people from Olympia, Portland, and…