Returning the Thurston Conservation District to its purposes

On February 20, the Washington State Conservation Commission held a hearing and unanimously decided to remove two supervisors of the Thurston Conservation District Board (TCD) who had been charged with “neglect of duty and malfeasance” as the result of an official investigation in July of 2018. 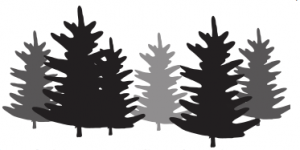 Programs essential for the environment, the economy and the future

For decades, TCD provided programs and services essential to farmers and landowners, and for the benefit of schoolkids and other members of the community. It leveraged grant monies and has acted as the lead entity in conservation efforts to protect water quality and restore fish habitat, among many other services.

Actions by the two supervisors, Eric Johnson and Richard Mankamyer, had crippled the programs of the TCD and contributed to the loss of about $990,000 in funds. With $325,000 of grants in jeopardy, and $240,000 frozen by agencies reluctant to disperse funds while the District was being mismanaged, this amounted to about 91 percent of the District’s budget.

A strong community and country response

The community rallied this fall to restore TCD funding through a system of rates and charges amounting to about $5 per year per landowner in the county. County Commissioners passed the resolution after hearing from about 200 people in November 2018 in support of the resolution. A handful of people testified against the resolution, including Supervisor Johnson.

An opportunity to elect
new leadership

The next step to restoring the integrity of the TCD comes via a Supervisors’ election this March.

It is critical that residents who want a functional Conservation District in Thurston County rally their friends and neighbors to vote by March 26. (See instructions).

The one candidate announced as of this writing is TJ Johnson. TJ Johnson is a full-time farmer and owner of Urban Futures Farm LLC in Olympia. He has been a local food activist since earning a Master’s in Environmental Science from The Evergreen State College (TESC). The open position is currently filled by Linda Powell who was appointed to fill the seat in November of 2017. Powell, as a consistent supporter of Johnson and Mankamyer provided these two recently-removed supervisors with a majority on the Board. She has not at this time announced whether she will run for the seat.

A candidate with key experience

Johnson is the founder of the Thurston Food System Council and served as Chair of the Council for two years. In 2011, he was the primary organizer of Come to the Table–Food Summit South Puget Sound, an event that marked the emergence of an organized local food movement in the County. He also served two terms on the Olympia City Council, chairing the Finance Committee and Intercity Transit Authority. He has held professional positions in the public sector and with various non-profits working on energy conservation and supporting public agency whistleblowers.

Asked what he hopes to accomplish on TCD, Johnson said “I am running to restore public trust and rebuild board/staff/community relations in order to position TCD to meet the challenges of today and tomorrow. As a former agriculture and food policy faculty at TESC, I understand the economic and environmental challenges facing farmers, and the need for TCD to collaborate with local, state and federal agencies, community organizations and private landowners. I am committed to preserving our remaining farmland, supporting the next generation of farmers, protecting the environment and addressing the challenges of climate change.”

An opportunity for renewal

If TJ Johnson was elected to the Board, he would join another new supervisor, Paul Pickett. Pickett was elected overwhelmingly last March, on a promise to begin rebuilding TCD. With a new majority of supervisors eager to renew the work of the District, the community would regain an important resource to help meet challenging times ahead.