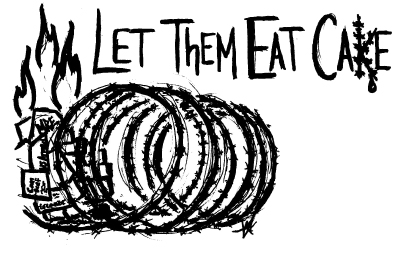 [Editorial note: Operation Uphold Democracy, lasting from September 1994 to March 1995, was a military mission to Haiti authorized by the United Nations Security Council to return elected President Jean-Bertrand Aristide to power. Aristide had been overthrown by a military coup in 1991.]

As we settled in, the time came for us to start washing our clothes.

There were 50-gallon drums, just tall enough for me to reach. We had 3 each. We had the one that was really, really hot with some soap. Then we had the next, which was just a little bit warm to rinse off, and another to do the same.

The wondrous beauty that ended up happening inside this gray colored fish can that we resided in, was up on the wall, where on a 550 cord hung men’s undergarments of colors of turquois, leopard print, and strange colored stripes. It made me wonder why they told us ladies to wear neutral colors under our clothes, while the men bust out these massive colors that made me feel like I should be in a carnival.

Those who did not partake in the color schemes that adorned the backside of our bay (no pun intended) could only hoot, holler, laugh… If it did anything, it definitely boosted the morale for the day.

Unfortunately times like these didn’t last very long. The situation started to get a bit more violent. You’ve heard about Haitians trying to get food out of garbage trucks, which resulted in attacks that caused the soldiers to start carrying around pepper spray.

Interesting to note that, if you recall what I wrote before about us being ordered to shoot anyone we saw oppressing someone else, the game changer happened when Haitians simply started to come at us from the place of trying to get food.
I don’t know when the rules of engagement changed. Someone must have been paying attention to the mere fact that the Hatians at the base of this hill were struggling at such a level that it didn’t even phase them that they could be shot and killed if they could only get their hands on nourishment.

This wasn’t the only strange time of my existence in Haiti. I would sit and watch the little ones play. Some would even run to our fire pits to grab parts of our MREs in desperation to seek any possible sustenance.

You have to understand. These pits were not something small, they were big and had to be pushed around by one or two people. They were surrounded by concertina wire, and when they were burning, flames would shoot out of them.

And the kids wouldn’t just snag MREs. They would lift creamer packets, Tabasco sauce, whatever they could find that could be consumed.

At certain points I would find myself talking to the young ones. Over time I found out that some of them, by the age of ten, could speak up to 5 languages.

So I made a pact with them. I was not allowed to give away money. That was often more damaging than helpful. In 1994 Haiti’s primary currency, the gourde, was trading 250 to every American dollar. Under these circumstances, giving what we might consider even small amounts of money to some, but not others, would very easily create majorly disruptive social imbalances, which could escalate quickly into conflict.

So I decided to trade quarters for their coins, centimes. This not only gave them what they needed to survive for a week, but the beauty of the exchange allowed me to learn from them, and them from me.

What’s sad and frustrating was seeing these beautiful, intelligent living people being treated with such disrespect and dishonor. How could I possibly vow to protect, and still find myself leaving these people, in the end, no better than when we came.

April Adams, an Evergreen alumna, is a member of the Inter-Tribal Warrior Society, the secretary for Veterans For Peace Rachel Corrie Chapter 109 Olympia, a member of the National Board of Veterans for Peace, journalist, photographer, artist, and political activist.

Next:
Ground Zero Center for Nonviolent Action Silverdale, WA, May 10:…