On radicalization and grief

An aspect of becoming radicalized that I think is under attended to is the grief that, for some, comes with it. As I learned more of history, more of the theory, more of the experiences of people who have the least to gain from our system, the more I had to let go of the sense of solidity that the framework offered and turn elsewhere for answers, models and hope.

Radicalization means divorcing oneself from dominant narratives and letting go of myths that are often so deeply held they are mistaken for self evident truths—like the idea that our productivity is a measure of our worth, or that cops keep us safe.

This is obvious for some, but for others, stepping outside that story and imagining a new one is scary work, work which requires new and courageous forms of imagination.

The truth is that the old story was always rotten, but letting go of even a rotten story can be frightening, as anyone who has done the difficult work of healing trauma can attest. As radicals, I think we can do a better job of helping people mourn their stories and former sources of pride, even as we encourage them to dream up better ones.

It seems to me that many now are mourning the concept of the presidency, as if Trump has somehow broken something that was beautiful. I understand the longing for a sense that an adult is making the big decisions; the embarrassment that comes from not having a smooth orator like Obama acting as poster child for the nation.

I get the constant sense of nauseous astonishment that slowly congeals into resigned WTFness as every tweet and headline becomes increasingly absurd. But let us remember that this story too has always been rotten. Trump has just pulled back the veil. US presidents have always been racist, imperialist, murderous, often irrational power brokers; it’s the nature of the position.

The encampments and deaths and destruction of natural resources, the stripping of power or access thereto have always been happening, but as the impacts land closer to home, we are better able to see the effects. This is an unveiling of privilege, in a sense. This grief is a big one but in letting go of the myth of this system, we free ourselves to create something much better.

Lara Messersmith-Glavin is a writer and storyteller. She wrote this brief reflection originally as a facebook post for friends. 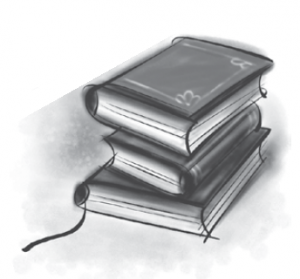 Readers Alert!
WIP has received a grant designated for including book reviews…
← Readers Alert! ← A real opportunity for renters to become owners