Phyllis Booth: Olympia City Council candidates in their own words 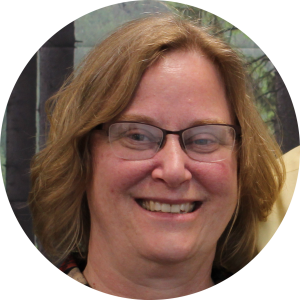 Democracy is a primary value for me. In my three decades of volunteer work, I have attended 7 years of City Council meetings, worked with the Friends of the Waterfront, the Carnegie Group, Public Funds for Public Purposes, the local Hospice services; served social justice and homeless organizations, and fund with two United Methodist Churches in Olympia and Centralia (Centralia UMC is one of the only churches that welcomes the LGBTQ community), and Quixote Village from 2007 to the present (my husband and I were recently awarded a “Tiny House Hero Award”).

I gathered 3,000 signatures to defeat a corporate conference center, leaving those funds available for a Children’s Museum.

I’ve been a school volunteer at three schools for twelve years, a Legislative District 22 Chair and Democratic Platform Chair in 2018 and more.

Lately, I worked for 17 months with Olympians for Smart Development and Livable Neighborhoods. We are asking the City of Olympia to start over with the Missing Middle. I think it violates the democratically developed Comprehensive Plan for growth. I also followed and protested House Bill 1923 that cuts citizens rights to appeal land use decisions in their neighborhoods. I am currently serving as a volunteer nurse at the Olympia Free Clinic, and I am serving my eighth year as a Democratic Precinct Officer.

How would I promote an inclusive community in Olympia?

My primary goal is to welcome all citizens to the table of political decision-making at City Hall. I will do so by pushing for more public outreach where everyone can hear everyone else, and not be separated out into different groups. The City appears to make efforts to engage the community via public hearings, the Engage Olympia website, and surveys. However, on each of these platforms, we listen to a narrative that is often augmented by the City’s hand-picked stakeholders. Examples include the Missing Middle zoning changes, the Olympia Conference center, and other development projects.

As your councilmember, I will promote:

What i plan to accomplish in office

According to the National Oceanic and Atmospheric Administration, we will have eight feet of sea level rise by the end of the century. We need to encourage development away from the low-lying areas of Olympia, as the sea level rise will affect our area. It’s also time to remove the dam and let the estuary heal.

Since I am concerned with dioxin in Puget Sound, I consulted with our local expert Harry Branch who served as a licensed professional captain of research and fishing vessels and holds a Master’s Degree in Environmental Studies.  He said “There are unidentified and uncontrolled sources of dioxin entering Budd Inlet. The Sediment Characterization was supposed to lead us to identifying these sources prior to development. This is important because contamination left in place will continue to spread. The process has been reversed. We’re first choosing which sites to develop, and then doing limited remediation of those sites.”

Additionally, our streams must be daylighted so that our salmon runs can be healthy.

Vote NO against city implementation of House Bill 1923, which is Missing Middle on steroids as it cuts citizens out of an appeal process. Instead, I will promote alternative housing that modifies current city codes:

Efficient use of taxpayer dollars

As your council member, I want to prevent socialized costs (taxpayer money) and privatized profits (developer deals). If the City sells city-owned property where tax monies were spent on cleaning up contaminants, I will require the new owner to reimburse the city for the cost of clean up.  I will push for policies that make developers pay their impact fees and not push costs off in the form of higher property taxes.  Impact fees pay for infrastructure needs such as roads, sewers, schools and parks that serve new development.

I would like to be on the Transportation Committee. 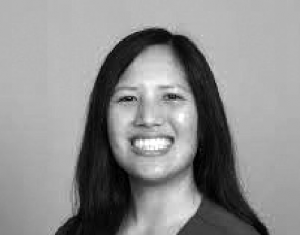